The refreshed Figo is mechanically and stylistically similar to the Ford Aspire facelift launched earlier this year; expected to arrive in early 2019. 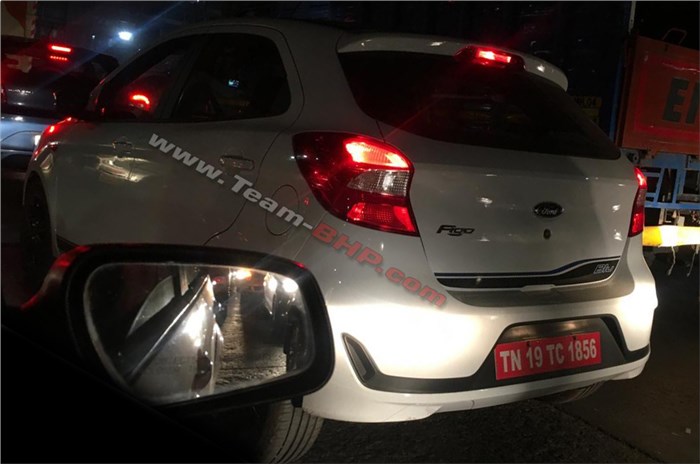 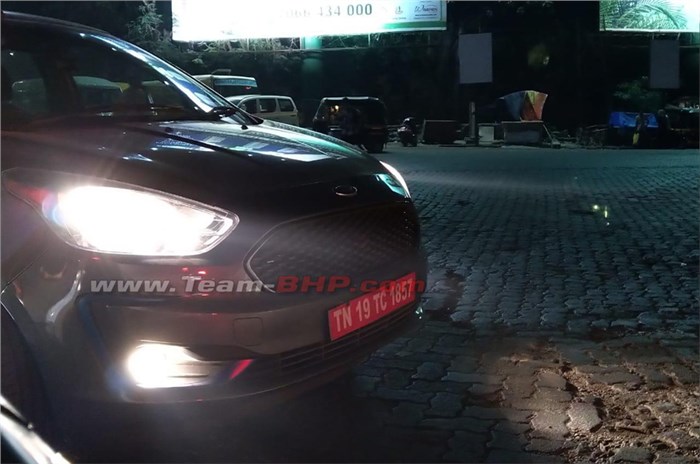 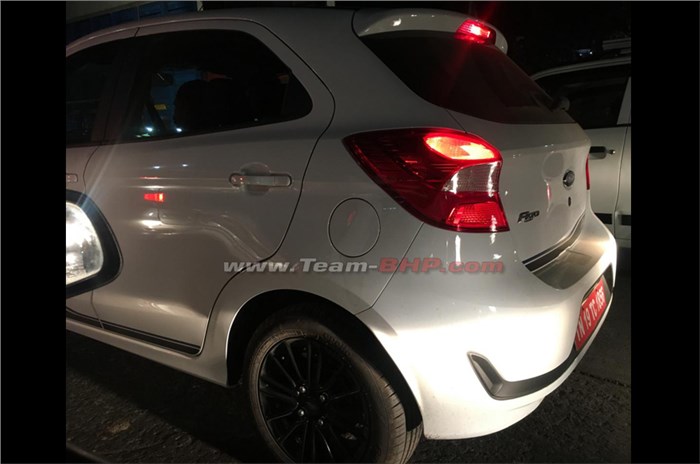 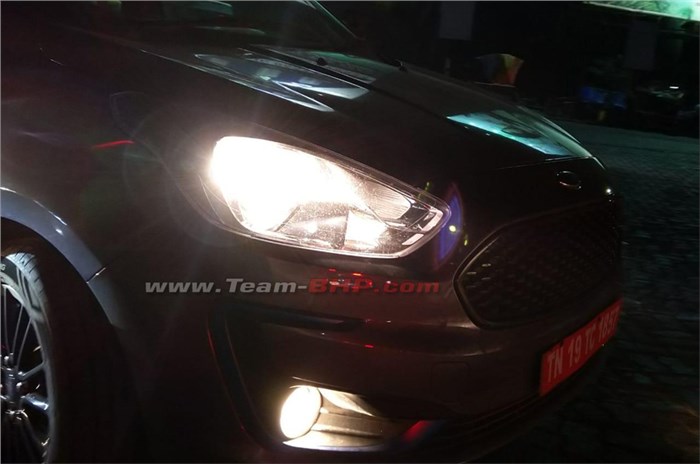 The facelift for Ford’s Figo, set to launch in early 2019, was recently spotted testing. The spied model carried no camouflage, showcasing new front and rear bumpers, tweaked headlights, a honeycomb grille like the one on the Aspire facelift and new multi-spoke black alloy wheels.

The test vehicle’s tailgate had a black strip with the word Blu on the right side, perhaps denoting a new CNG-powered variant or a new trim. Additionally, the spied model could also be a top-spec variant as it gets a rear wash/wipe, a stop-lamp mounted in the rear spoiler and the aforementioned 15-inch alloys.

Expect the interiors to also be similar to the new Aspire. The cabin is expected to have features like a new floating display for the infotainment system that is Apple Carplay and Android Auto compatible, automatic climate control, steering-mounted audio controls and new upholstery. The Figo facelift is also expected with safety features like dual-airbags, ABS with EBD, hill assist, brake assist and rear parking sensors, like the Aspire.

The new Figo will also share the same engines and transmissions with the Aspire; namely the 96hp/120Nm, 1.2-litre petrol motor from Ford’s Dragon series of engines, the 123hp/150Nm, 1.5-litre petrol engine and the 100hp/215Nm, 1.5-litre diesel engine. While the 1.2 petrol and 1.5 diesel are mated to a 5-speed manual as standard, the 1.5 petrol will only be offered with a 6-speed automatic.

The current Figo has been on sale for a while now without any significant updates, unlike its competition that includes the Maruti Suzuki Swift and the Hyundai Grand i10. Ford hopes to eat into its rival’s market share with the Figo facelift.