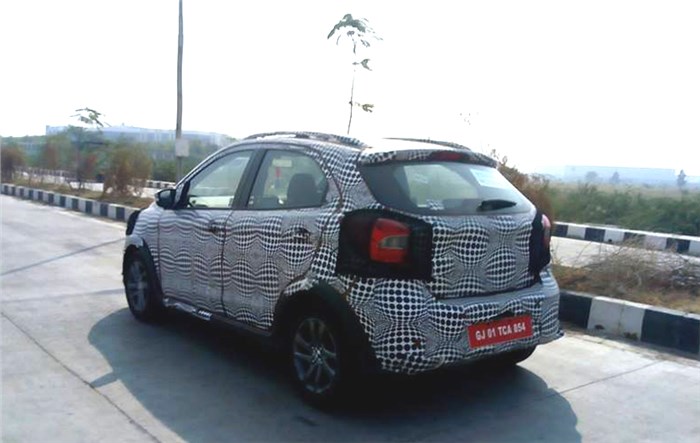 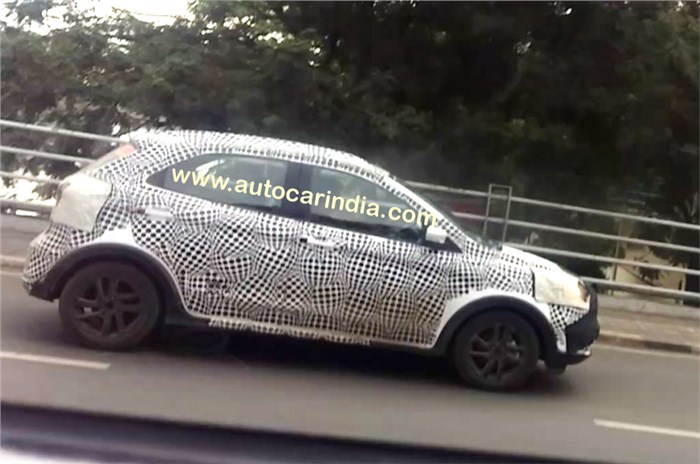 Upcoming Ford Figo Cross to be based on facelifted Figo; to get all-new Dragon petrol engine.

We had recently reported that Ford has begun work on the mid-cycle update for the Figo twins. Now, we've got our hands on another spy shot, this time of a new variant based on the Ford Figo. As seen from the image, the test mule is wearing prominent black cladding across its length – tell-tale signs that Ford is readying a cross-hatch based on the Figo for our market. The test mule is shod with stylish black-painted alloy wheels that, however, look a bit small on the car.

Ford already sells the Ka Trail – a cross-hatch based on the Ford Ka (Figo for our market) – in markets like South America. Sighting of this test mule in India could mean Ford is readying an India-entry of this model, which will be based on the updated Figo hatchback.

The Figo Cross in India would undercut other cross-hatches like the Hyundai i20 Active, the Honda WR-V and the Toyota Etios Cross. While other automakers offer either a cross-hatch or a sub-four-meter SUV, Ford would be the only one to offer both.