Ford plans to introduce solid state batteries by the end of this decade. 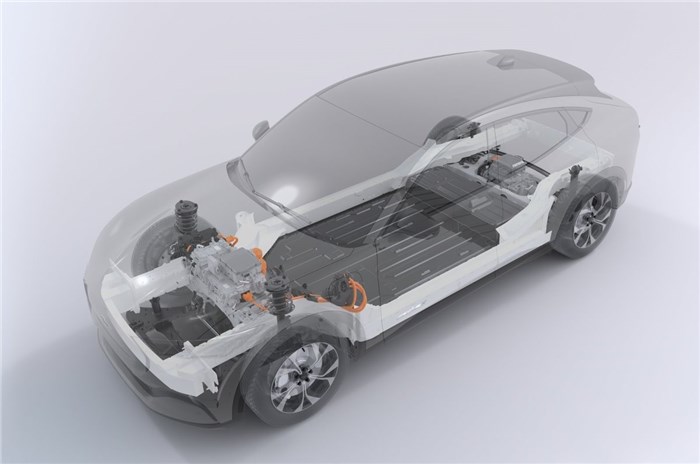 The Ford Motor Company has revealed their plans for its future electric vehicle platforms at its online Capital Markets Day. The announcement comes only days after the Ford F150 Lightning electric pickup truck was unveiled.

Ford is working on developing two bespoke platforms, rear wheel drive and all-wheel-drive, that will be introduced between now and 2030. These platforms will underpin EVs in the active, commercial, pick-up, rugged SUV and full-sized SUV segments. It will be joined by a larger architecture that will be used for vehicles in Ford's crucial full-sized pick-up and commercial markets.

The two new platforms will help Ford keep a check on costs, increase scalability and expand profit margins per vehicle. In fact, the company expects to share 80 percent of the components across its portfolio.

Ford believes that 40 percent of its global sales will comprise fully electric vehicles by 2030. Plans are in place to boost investment in EV development, to the tune of $30 billion (approx. Rs 21 thousand crore) by 2025. This will fund the new platform as well as new and sustainable technologies.

Besides developing the new platform, Ford is also working on an IonBoost battery programme. These IonBoost Pro batteries will be built for Ford's commercial EVs, under the same ethos as the company's downsized Ecoboost petrol engines.

Along with Ford IonBoost, Ford expects to introduce "long-range, low-cost" solid-state batteries to the market by the end of this decade, following its investment, earlier this year, in battery engineering firm Solid Power.

This firm will produce 60GWh worth of power units per year for Ford and Lincoln vehicles at two separate facilities in North America. In addition, a new 'Ion Park' has been inaugurated in the US, to manufacture, develop and enhance Ford's battery technologies.

With the giant strides in connected cloud technology, Ford also plans to ensure its electric vehicles are connected to the cloud. This makes them capable of receiving comprehensive over-the-air updates and offering enhanced entertainment and safety functions. The company predicts that it'll sell 33 million over-the-air-enabled Ford and Lincoln models by 2028.