The five door SUV will get multiple seating layout options, including jump seats for the third row. 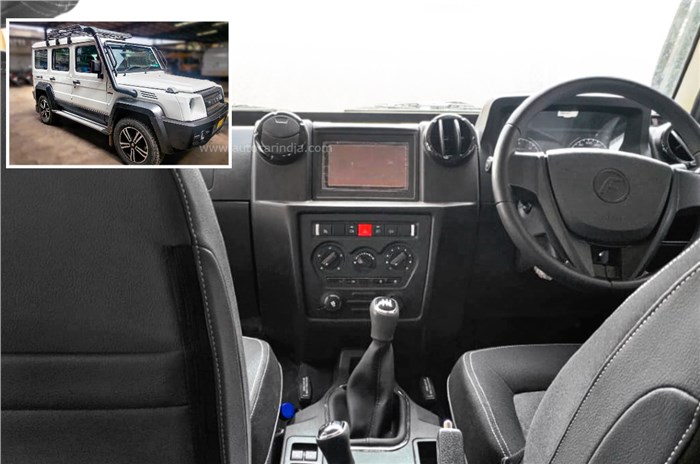 Force Motors is gearing up to introduce the five-door Gurkha SUV in the Indian market. While the SUV had been spotted testing earlier, we’ve now got our hands on a set of photos showing the Gurkha five-door’s interior. Going by these spy pictures, the vehicle appears to be production ready.

The Gurkha five-door has quite a lot of bits in common with its three-door sibling, even on the interior. It retains the dark grey dashboard and most of the equipment also seems to be being carried over, including the manual AC and touchscreen infotainment system. Even the layout for the centre console and front power window controls is similar. 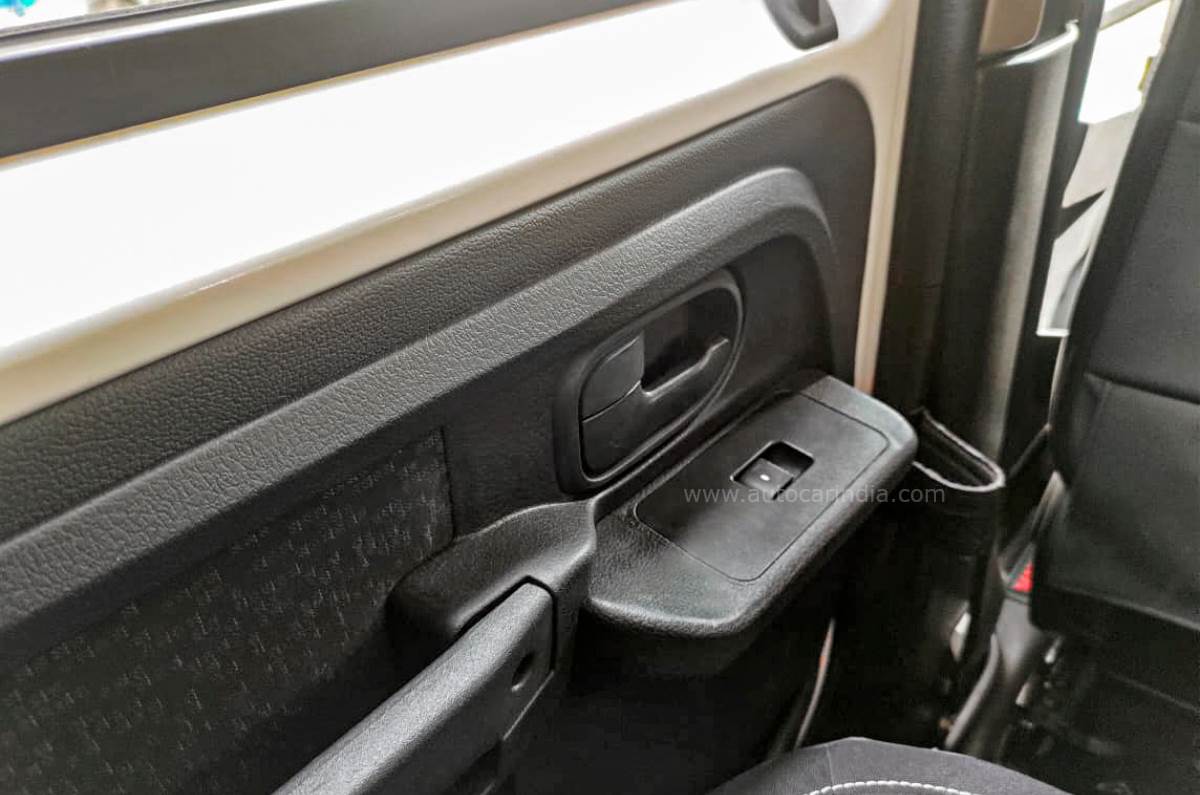 The Gurkha five-door gets individual power window switches for the rear seats.

The Gurkha five-door will be based on the Gurkha three-door’s updated C in C platform and is expected to have a 400mm longer wheelbase. It will also carry over the Mercedes-sourced 2.6-litre diesel engine and will come mated to a 5-speed manual gearbox. It is likely that the Gurkha five-door will come in 4X4 and 4X2 variants, with the former helping Force Motors to price the SUV more aggressively. The model you see here is the 4X4 version, as is evident from the prominent 4X4 badging and the transfer case near the gear lever.

The five-door version of the Gurkha SUV is expected to get the same off-road gear as the Gurkha three-door, including the low-range gearbox and locking differentials.

Force is expected to launch the Gurkha five-door in the coming months. While it won’t have any direct rivals at launch, it will see competition from the Maruti Suzuki Jimny five-door, which is expected to debut at the Auto Expo, and the five-door version of the popular Mahindra Thar that will debut sometime in 2023.

In this time and age, why force motors is manufacturing cars with close to pathetic or pedestrian interiors? Why there is so much negligence in giving good interiros and automatics? The car looks butch PERIOD. Beyond that there is nothing to write about.

In this time and age, why force motors is manufacturing cars with close to pathetic or pedestrian interiors? Why there is so much negligence in giving good interiros and automatics? The car looks butch PERIOD. Beyond that there is nothing to write about.