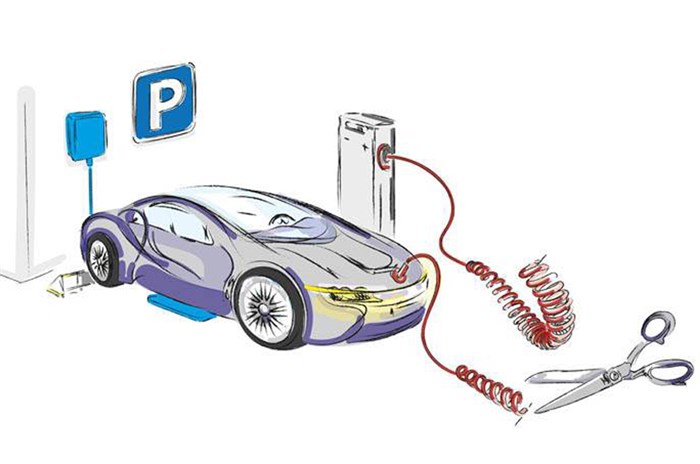 For India Auto Inc, FY2019 may have been a dampener for overall internal combustion-engined vehicle sales, given that they recorded single-digit growth. In comparison, albeit on a much lower base, the country’s nascent electric vehicle (EV) industry notched handsome numbers, but the green vehicle segment may not have reason to celebrate in the future. Here’s why.

In FY2019, total EV sales in India crossed the 7,50,000-units mark and reached a total of 7,59,600 units (see sales table below). This includes electric two-wheelers (1,26,000), electric three-wheelers (6,30,000) and electric passenger vehicles (3,600), which translates into electric two-wheelers witnessing triple-digit growth (130  percent) year-on-year (YoY). Interestingly, while the FY2019 statistics reveal a significant year-on-year jump, the ground reality – after the government's announcement of the much-awaited FAME II (Faster Adoption and Manufacturing of Electric Vehicles) scheme in early April –looks to be quite shocking.

Speaking to our sister publication, Autocar Professional, Sohinder Singh Gill, director general, Society of Manufacturers of Electric Vehicles (SMEV) and CEO, Hero Electric, explaining the ups and downs of FY2019, says: "The positive is that we are learning to stand on our own feet, without any government support. And the negative is that sales in April 2019 have been totally wiped off."

The reason behind the drop in sales is that none of the EVs sold in the country at present are able to meet the new criteria outlined by the Department of Heavy Industries (DHI) under the recently announced second phase of the FAME scheme. In addition, there is also a re-certification process that resulted in EVs having to undergo the entire process of CMVR Rules, which takes around 30 to 45 days of re-testing and has resulted in many vehicles awaiting certification.

Sharing his concerns, Gill says, "If it (ground reality) continues the way it is, the ambition of achieving sales of over 1 million EVs in India in the next few years looks bleak. We won't even be able to achieve 50 percent of the expected target."

He adds that if the situation is not addressed with corrective measures and supportive policies, the industry may see dumping of cheap, unreliable products by companies looking to make a quick buck.

Are manufacturers and customers doing a rethink on expensive lithium-ion?

According to SMEV, if electric vehicle sales in India have to pick up, a realistic approach with supportive policies will be needed, or else EVs would continue to remain a niche product. Gill says a lithium-ion battery powered e-two-wheeler, to get incentives under the FAME II policy, is expected to have a range of around 80km per charge, which means that it will need to have, at least, a 2kW battery that costs around Rs 50,000. This means, for the customer to replace or buy a battery, would be equivalent of buying a new entry level two-wheeler.

The EV body feels that if the unfavourable circumstances prevail, electric two-wheeler customers and manufacturers will be compelled to go back to using lead-acid battery based products. They cost almost half of what a similar lithium-ion battery powered vehicle costs, even after deducting the FAME II subsidy from the latter. Meanwhile, the e-three-wheeler industry has been growing without government support and would continue to do so.

With regards to electric cars in India, at present, only two automakers — Mahindra Electric and Tata Motors — have heavily invested in the EV industry. The lack of incentives for private buyers in FAME II and the high initial cost of an electric car are already dampeners for carmakers to introduce new models and justify their investments. This could lead to global manufacturers bringing in base models through the CBU or CKD route and selling a few hundred units; hence, the industry volumes will continue to remain low.

What’s clear is that if the EV industry is expected to clock more sales and the country is to see higher EV adoption, the ambitious FAME II scheme needs to be aggressively tweaked, keeping in mind all the stakeholders and ground realities.