The top 5 places are taken up by Maruti Suzuki’s cars while three Hyundai cars feature in the top 10 list. 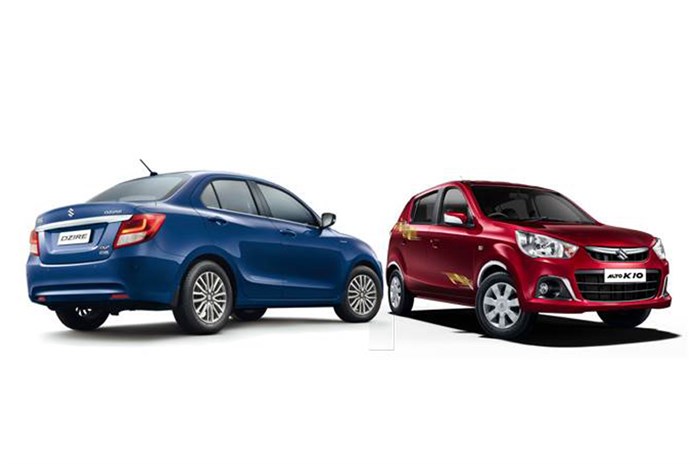 The Maruti Suzuki Alto remains the top-selling passenger vehicle in India, while the Dzire, a whole two segments above comes in a close second. While the Alto, the popular entry-level hatchback sold a total of 259,401 units, its bigger sibling the Dzire sold 253,859 units. A marginal difference of 5,542 units that made the Alto the No. 1 car in India once again.

The Indian passenger vehicle (PV) market has had to witness some tough times in the last fiscal, given the negative buyer sentiment due to rising fuel prices, the liquidity crunch and also the growing impact of shared mobility on vehicle purchase decisions in urban India. But even as the going got tough, some of the tough models got going and kept the OEM production lines humming.

Maruti Suzuki, the country’s largest car manufacturer and the longstanding market leader, saw seven of its models have a stranglehold in the Top 10 best-sellers' list as they do each month. Therefore, it not surprising that the carmaker has an overwhelming 51 percent market share, an increment of 1 percentage point over FY2018.

As it does every month, Hyundai Motor India takes 30 percent of the Top 10 list with its Grand i10, Elite i20 and another best-seller, the Creta SUV.

The Maruti Wagon R and Celerio, drive in at No. 9 and No. 10 respectively. Including the Wagon R (119,649) and the Celerio (103,734), the seven Maruti Suzuki models cumulatively garnered volumes of 1,330,777 units and comprised 40 percent of the total PV numbers in the fiscal. To not let new safety regulations impact its growth trajectory, the company has been on aggressively upgrading its model line-up with more passive safety features, as well as has been bringing new models based on more rigid platforms to conform to occupant crash and pedestrian crash protection norms.

Maruti Suzuki and Hyundai really don't give any leeway for the competition. Will that change in FY2020 with a new mass-market challenger in the form of Kia Motors India, with a model selection that could play right from premium hatchback to compact SUV space? Clearly, things are set to turn more exciting in FY2020. Stay with us as we keep bringing you the very latest updates, and all the facts  and stats on all wheels sold in India's humungous automotive market.