The launch date of the Go Cross could be brought forward to 2017, but several challenges exist. 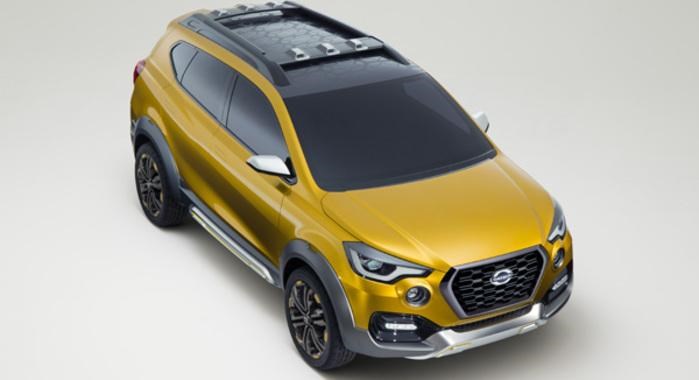 Datsun’s Redigo, its entry-level hatchback, is about to go on sale and many consider it to be the brand’s make or break model. But there’s another car that has what it takes to carry the weight of the brand. This car, of course, is the Datsun Go Cross, arguably the one with the most potential to succeed.

This is because, according to company insiders, this is the first Datsun to really appeal to a wider range of car buyers. Datsun, in fact, was so impressed with the response to the car at the 2016 Auto Expo that the model is being fast-tracked and worked on diligently for an earlier-than-planned launch; now expected sometime in 2017.

Key to its success will be an affordable price, as Datsun, this time around, is also looking at making the car much more desirable, especially on the inside. The company is well aware of just how successful the top-of-the-line Kwid, from Alliance partner Renault, has been (more than 80 percent of Kwids have the touchscreen) and this has prompted Datsun to attempt delivering a similar interface on the Go Cross. The ‘connected car’ concept has suddenly become very important today, and with a major interior facelift of the Go and Go+ in the works, one can safely assume the more upmarket Go Cross will get these as well.

Datsun is also simultaneously working hard on getting the cost of the Go platform down. Based on an evolution of the ‘V’ platform (known internally as V minus), it is both narrower and already 20-25 percent less expensive. But Datsun is looking at reducing this even further. This, it says, it will do this by ‘industrialising’ many of the components that are assembled in India, and by bringing the costs of  sub-assemblies and raw materials, that come from the tier II and tier III suppliers, down further.

The targeted increase in price over the Go+ is expected to be in the region of 15-20 percent, and that would place it at around Rs 4.4 - 4.6 lakh for the base variant. But achieving this won’t be easy. There’s a lot more content on this car in comparison to the standard Go+. The cladding, for one, is likely to be quite expensive, Datsun may need to flesh out the wheel arches if it goes with the big wheels seen on the show car, and things like the roof rails, LED lights and scuff plates are likely to be expensive too.

And then, there’s the extra cost of the updated interior. What’s also likely to be extremely challenging is the fact that the Go+, at 3,995mm, is already up against the four-metre mark; vital, if Datsun wants to keep costs down. The company’s designers have only an extra four millimetres, at best, to play with. But surely, the Go Cross will be under four metres. Question is, will it have a third row of seats?