The prolonged slowdown in the auto industry had Society of Indian Automobile Manufacturers consider pushing the 15th Auto Expo by a year. 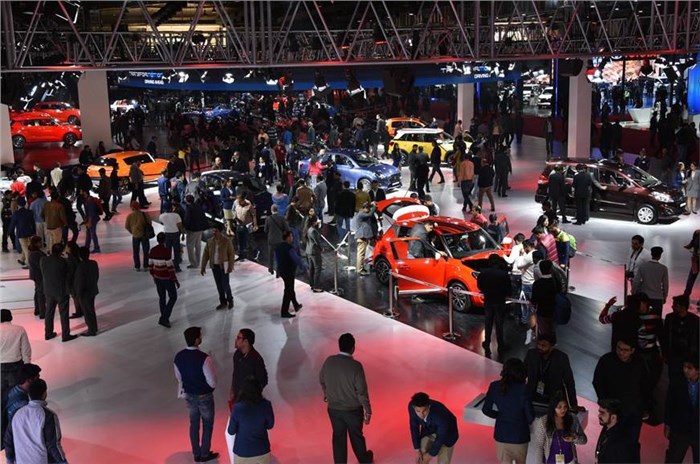 India Auto Inc has been witnessing a pronounced slowdown for over a year now. The economic downturn, crisis of the non-banking financial sector, rising prices due to new regulations related to insurance, safety and emissions and even confusion over BS6 have weighed heavy on sales. Given the sombre mood in the industry, Society of Indian Automobile Manufacturers or SIAM, one of the organising bodies behind Auto Expo contemplated pushing the 15th edition of the motorshow by a year.

Speaking at a SIAM event, Rajan Wadhera, president, SIAM, said, "You have to take calls when there is de-growth. Obviously, there is an introspection - should we or should we not. Collectively, most of us (members of SIAM) thought that it is wiser to go ahead with the Auto Expo, than to postpone it by one year. We were thinking of postponing it by one year, but then we decided that we will go ahead." Auto Expo 2020 will be held as per schedule from February 7-12, 2020 at the India Expo Mart in Greater Noida, Uttar Pradesh.

Had the event been pushed back, it would have been a first in the history of the Auto Expo since 1998, the year India’s largest motorshow became a biennial event. SIAM members were of the view that postponing the event would have been a disservice to the nation, especially since international commitments had already been made a long time ago. Moreover, the top automotive body believes that despite damped customer sentiments in the face of an industry-wide slump, aspirations to witness and experience new products and technologies still exist, which was all the more reason to go ahead with plans for a scheduled event. Bullish about its prospects, Wadhera further added, "The Auto Expo 2020 will be the launch pad for the revival of the auto industry." More than 50 launches and unveilings, apart from several upgrades of platforms, are expected at the 2020 Auto Expo.

While the industry body is optimistic, the fact is many manufacturers, including some Auto Expo regulars, are giving the 2020 edition a miss. Honda, Toyota, Nissan, Ford, Fiat, Jeep, BMW, Audi, and Jaguar Land Rover will be among the absentees at the motor show. On the plus side, Maruti Suzuki, Hyundai, Tata, Mahindra, Kia, MG, Renault, Volkswagen, Skoda and Mercedes-Benz have lined-up important displays. And as we have previously reported, Chinese automakers Great Wall Motors and First Automobile Works (Haima) will also be making their debut at the expo this time.

On the two-wheeler front, the industry will be represented by Suzuki, Piaggio group companies (such as Aprilia, Vespa and Moto Guzzi), Hero Electric and Okinawa Scooters, with rest of the major players being conspicuous by their absence.