CES 2020: Our favourite concepts from the show

We take a look at some of the important automotive related concepts from the 2020 edition of the Consumer Electronics Show. 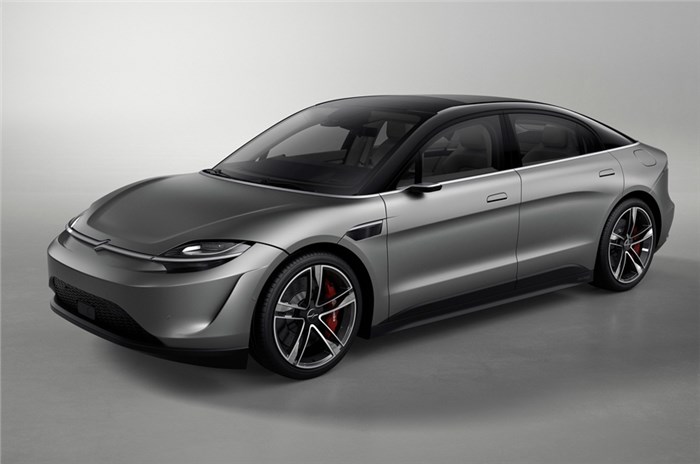 The annual Consumer Electronics Show held at Las Vegas is a showcase of technology and gadgetry ranging from personal wearables and handheld devices to the latest tech in the auto industry and some wacky concepts. Here we take a look at some of the automotive highlights from this year’s edition. 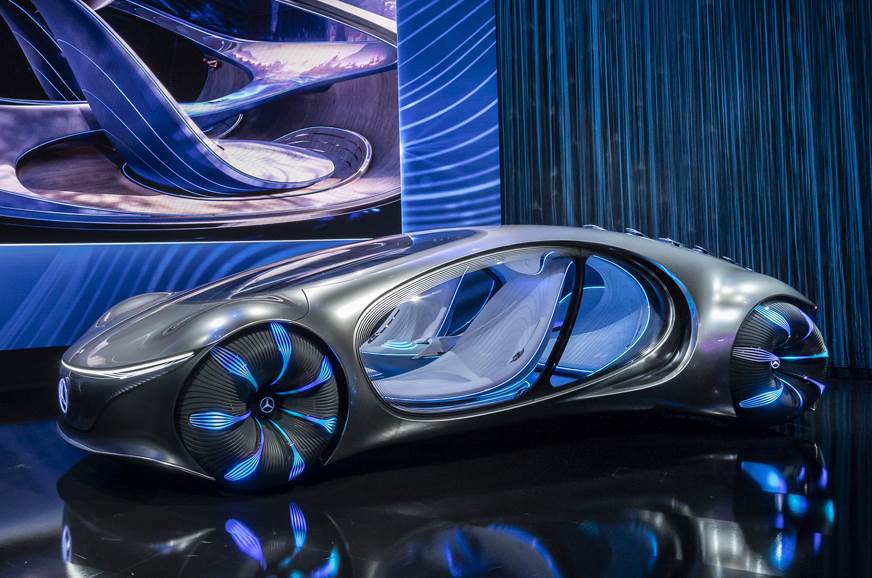 The play on the word 'avatar' is there for a reason. The Vision AVTR – or Advanced Vehicle Transformation – was developed with input from the team behind the blockbuster Avatar movie franchise by James Cameron. The futuristic concept doesn’t preview a production model and while the sleek flowing line from the front is attractive, the active flaps – the concept has 33 of them – on the rear panel could split opinion. Also unique to the concept are a spherical tyres and the ability to crawl sideways at an angle of up to 30 degrees. The futuristic elements carry to the cabin as well; everything is handled via a holographic display that spans the width of the cabin and there is a lack of any conventional control surfaces – steering included. Power comes from two electric motors; one on each axle. 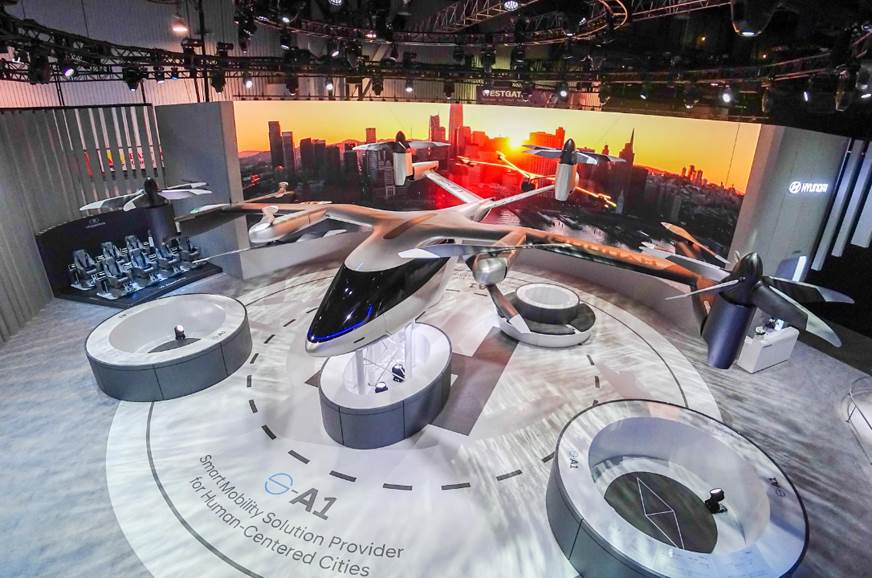 Another year, another flying car – this time around, it's by Hyundai. Co-developed with ride-hailing service Uber, the S-A1 previews another take at aerial mobility. The car has vertical take-off and landing capabilities and the ability to seat four passengers and a pilot – the latter would eventually be replaced by an AI. The electric flying car concept also has a claimed charge time of as little as 5-7min. The S-A1 was part of a larger display by Hyundai which included a Purpose Built Vehicle (PBV) – an autonomous shuttle-style vehicle that previewed the future of intra-city travel. 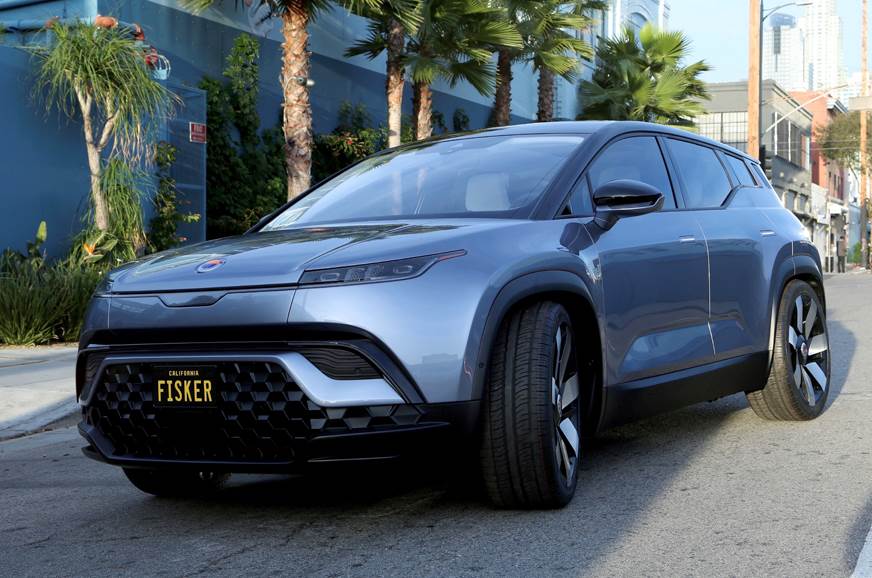 Fisker showcased its all-electric SUV to the public for the first time at CES. The all-electric SUV has a claimed range of up to 482km, is powered by two axle-mounted motors and has a cabin made using recycled and eco-friendly materials to increase its green quotient. Highlights of the SUV include a mode that opens all the windows (including the rear quarter glass and windscreen) to give a pseudo open-top experience, and a full-length solar roof. The big news is that this model could be on its way to India with a launch sometime in late-2022 being under consideration. 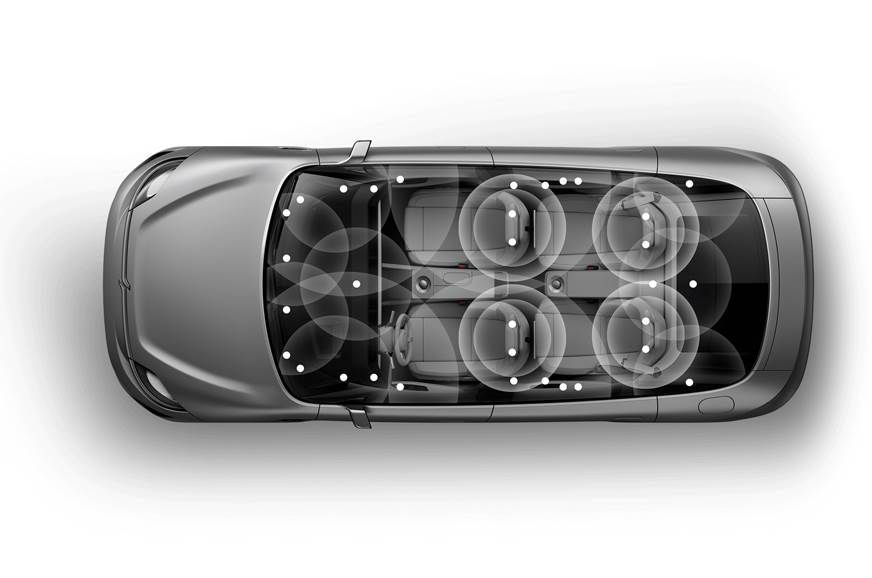 While gamers waited with bated breath for new info on the upcoming Playstation 5, Sony surprised car nuts with the Vision-S concept car. The Vision S previews the electronics giant’s offerings for in-car entertainment and connectivity technology. And with dual 272hp electric motors, the concept isn’t a slouch in terms of performance, either. However, one big question remains: does this mean that will Sony make its own car? 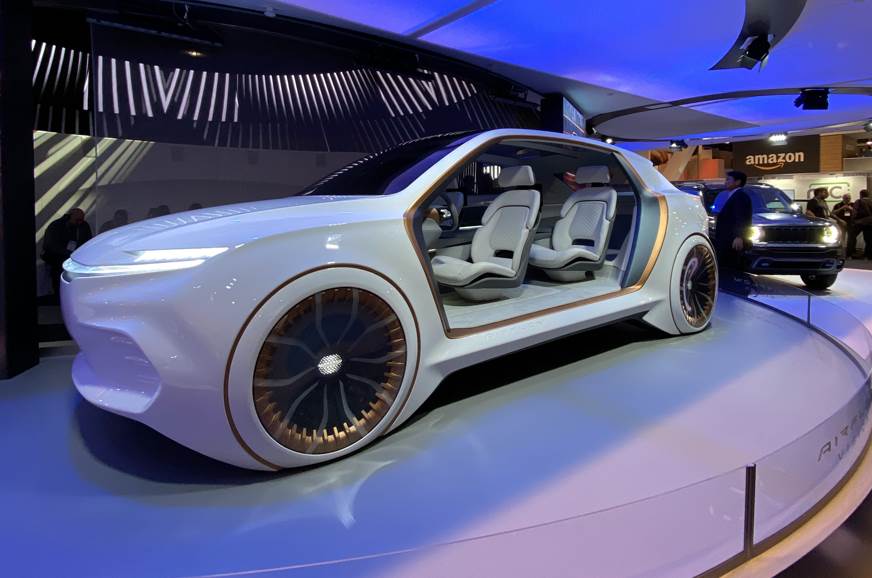 FCA seemed to reach back into the history of one of its brands with the name of the Chrysler AirFlow Vision concept. Back in the 1930s, Chrysler made a streamlined (for its time) model called the Airflow. The AirFlow Vision concept, though, is based on the Pacifica MPV and features a sleek design and a roomy four-seat cabin with a number of displays – the instrument cluster, an infotainment system, one for the front passenger, one for the air-con controls and the rear-seat entertainment displays. 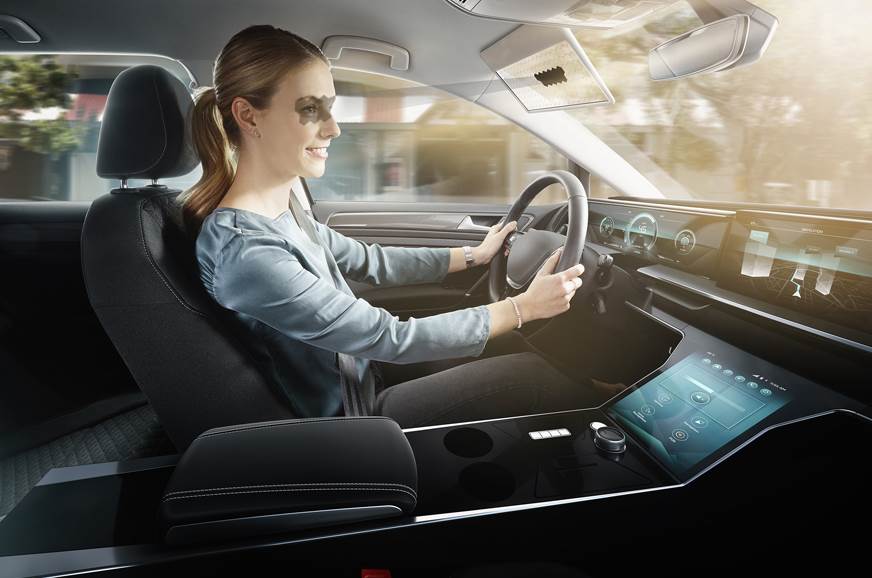 Bosch brought an innovative new active visor utilising LCD, camera and AI technology. A see-through LCD panel with a honeycomb pattern sits in place of the traditional sun-visor. An occupant-facing camera and AI technology are used to identify the occupant’s eyes and the angle of sunlight. Based on the input, individual honeycombs turn opaque to prevent sunlight from falling directly onto the person’s eyes. 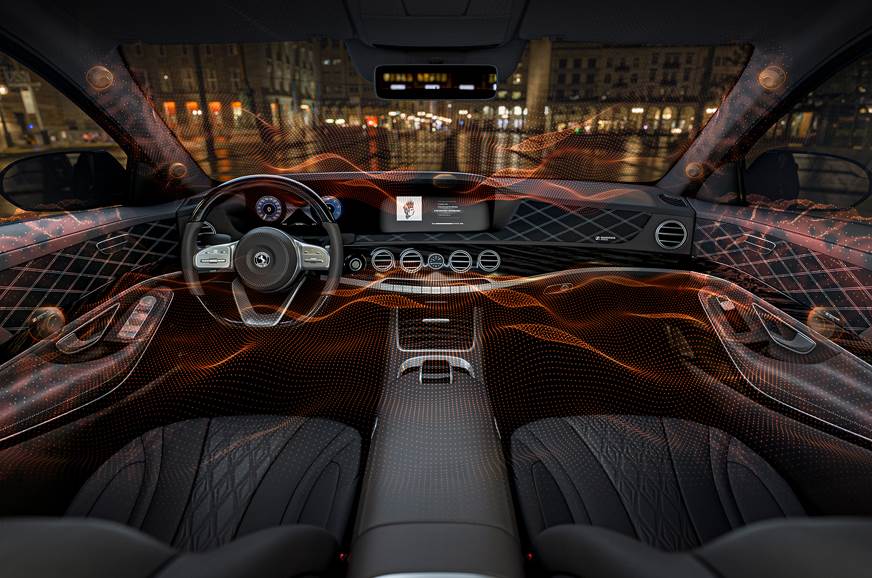 It’s a rather intriguing concept. It uses specially developed actuators to vibrate trims and surfaces within a car’s cabin (in a similar fashion to a speaker’s diaphragm) to generate sound in different frequency ranges. 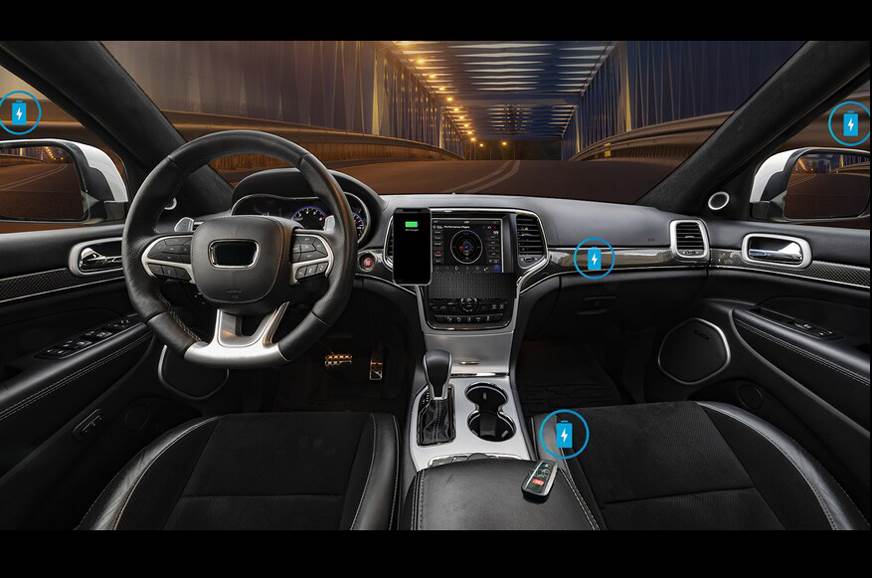 A US-based start-up Yank Technologies revealed a wireless charging solution capable of charging multiple electronic devices within the car at the same time. The essence of the tech is simple: charging your phone or electronic device anywhere within the car without the need for a charging pad. The phone or device will have to support wireless charging for it to work. The company also says that its wireless system generates less radiation than a mobile phone placed on a person’s ear. 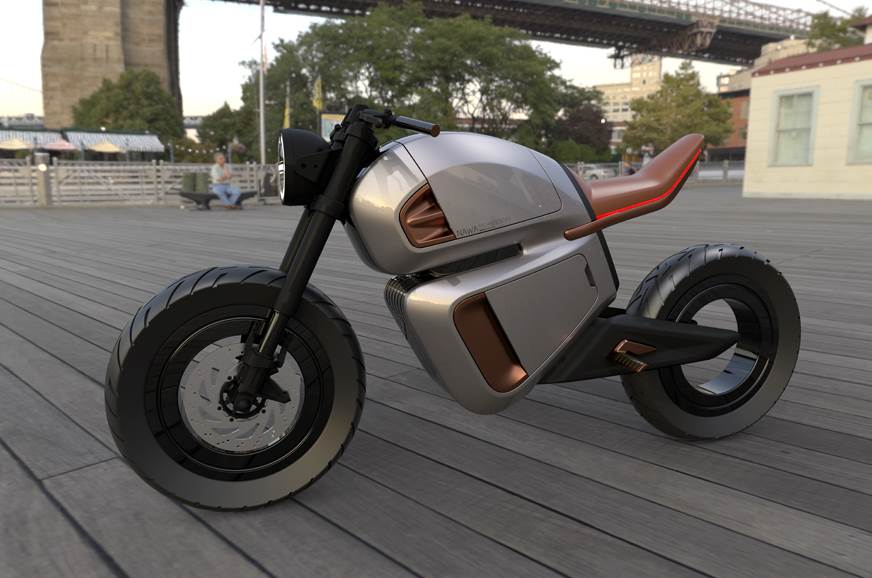 The retro-inspired e-bike concept from French company Nava Technologies was a technology preview from the company. The highlight of the bike was its hybrid battery system, which paired the company’s ultracapacitors with conventional lithium-ion cells – a world-first. The system comprised a 0.1kWh ultracapacitor, which assisted a 9kWh battery and gave the bike an up to 300km range and tip the scales at just 150kg. The concept was powered by a 100hp hubless-rim electric motor. 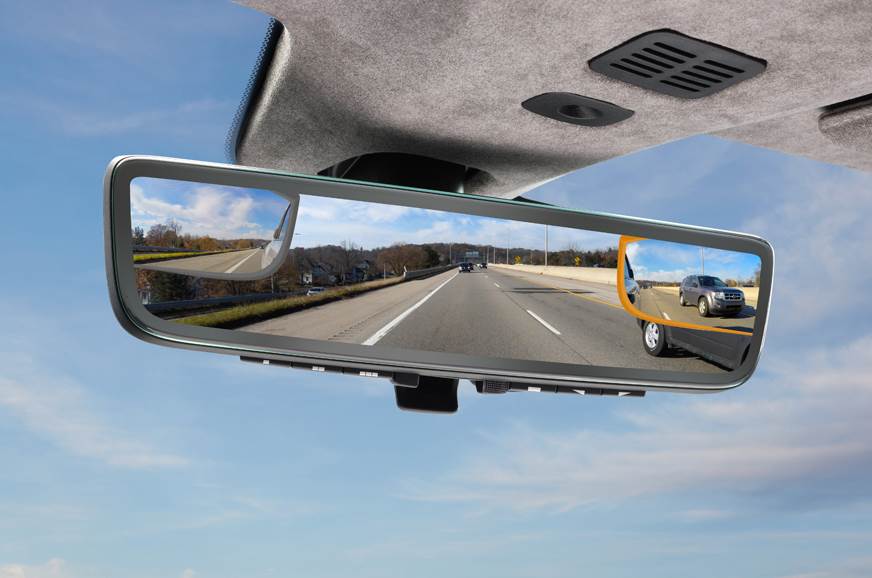 The camera monitoring system basically uses three rear-facing cameras, one hidden within each wing mirror – the mirrors are not replaced by cameras – and one at the rear provides a live feed to a display integrated into the internal rear view mirror. The system uses Gentex’s Full Display Mirror – the rear-view mirror can function as a regular unit when the display is off – to meet regulation as well as allowing drivers to set-up the digital feed to their liking. Aston Martin will be using the system, it's just not known which will be the first model to use it.