PV sales growth during FY2019, at 5.02 percent, is lower than expected due to a number of factors including the general elections. 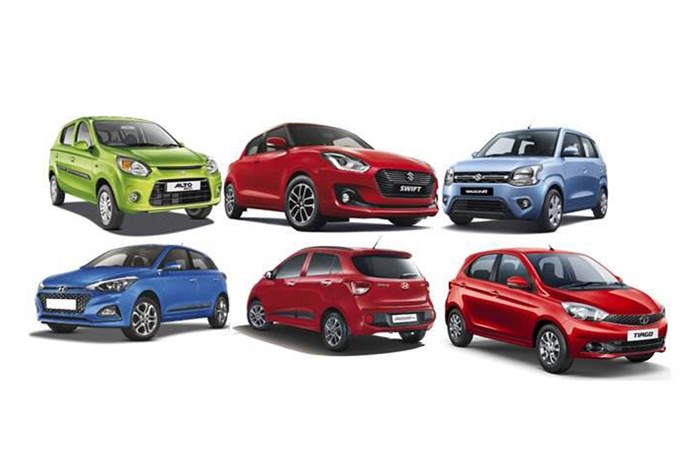 In the early months of FY2019 (April 2018-March 2019), it appeared that the new fiscal would be a record-breaking one with double-digit growth, coming as it did on the back of a robust FY2018. However, the passenger vehicle (PV) industry's hopes were belied because the second and third quarter turned into sales speedbreakers.

OEM numbers were hugely impacted by a combination of high fuel prices right until November 2018, a massive liquidity crunch in NBFCs, which impacted sales in semi-urban India, a bundled long-term premium insurance regulation and, more recently, the run-up to the general elections. What's more, in metros and urban India, shared mobility in the form of Uber and Ola are having an impact on new vehicle purchases.

Poor consumer sentiment essentially translated into tepid sales, particularly in Q4. Until end-February 2019, the PV segment had recorded 8 percent year-on-year growth – a figure captains of industry would be unhappy with. Given the sales numbers that leading PV manufacturers have announced today, it is clear that the industry will end up with single-digit growth, a fact that'll be known when apex body SIAM reveals the final data next week.

Nonetheless, not all is doom and gloom. FY2018 had closed with sales a tad short of the 25 million mark at 24,972,788 units, notching 14 percent YoY growth, albeit on a low year-ago base in 2017 due to GST implementation. So, the situation though poor is still under control.

Hyundai Motor India: The country’s second-largest car manufacturer, has reported its highest-ever domestic market sales in a fiscal. The Korean carmaker sold a total of  5,45,243 units, which points to a 1.7 percent YoY growth (FY2018: 536,241 units).

Tata Motors: The home-grown manufacturer's Passenger Vehicles Business sales in the domestic market for FY2019 are the highest ever in the last six years at 210,143 units, a growth of 12 percent (FY2018: 187,321 units). The company has seen a smart uptick in its sales mainly due to the demand for its new-generation cars like the Tiago, Tigor and SUVs like the Nexon, Hexa and more recently the Harrier. However, in March 2019, due to continued weak consumer sentiment, PV sales witnessed a drop of 12 percent at 17,810 units as compared with 20,266 units sold in March 2018.

Mayank Pareek, president, Passenger Vehicles Business Unit, Tata Motors, said, "As an eventful fiscal with multiple new product interventions comes to an end, we are happy to report the highest-ever sales in the last six years, with a growth of 12 percenet in FY2019. March 2019 witnessed a challenging environment with the market being under immense stress. Despite this, our newly introduced SUV – the Harrier – has received an overwhelming response. Beginning the new fiscal with a fresh outlook, we promise to deliver the best to our customers."

Honda Cars India: The Japanese carmaker clocked annual domestic sales of 1,83,787 units in the fiscal recording a moderate growth of 8 percent over the last fiscal (FY2018: 170,026). In the month of March, the company recorded monthly domestic sales of 17,202 units, as compared to 13,574 units a year ago, registering a 27 percent growth.

Rajesh Goel, senior vice-president and director (sales and marketing), Honda Cars India, said, "We closed FY2019 with a growth of 8 percent. Strong sales efforts from the dealers and company during the prevailing tough market scenario resulted in this growth rate, which is ahead of the industry. One of our growth drivers was the all-new Amaze. The launch of our global bestsellers Civic and CR-V reinforced Honda’s premium product line-up.” Bookings for the D1 segment sedan have surpassed the 2,400-unit mark, claims Honda.

According to the company, the popular Innova Crysta MPV has registered positive growth in FY2019 compared to FY2018. The Etios Liva hatchback has seen a YoY growth of 13 percent. Also, the recently launched new Camry Hybrid received a good market response with a sales growth of 6 percent in the January to March 2019 period compared to the same period last year. Bookings for the eco-friendly sedan have crossed the 500 mark since its launch in January 2019.

Commenting on the sales performance, N. Raja, deputy managing director, Toyota Kirloskar Motor, said, “We are happy to have clocked a growth of 7 percent in domestic sales in FY2019. The Innova Crysta and Fortuner have been maintaining the growth trajectory and continue to be leaders in the segment."

With weakened buyer sentiment being a prevalent trend around the time of general elections and a slightly dampened business environment, expect sales to regain their jive a quarter into the new fiscal. The industry should be back to firing on all its cylinders soon.