Future models to use hybrid and all-electric powertrains; Bugatti to expand beyond one-core model strategy. 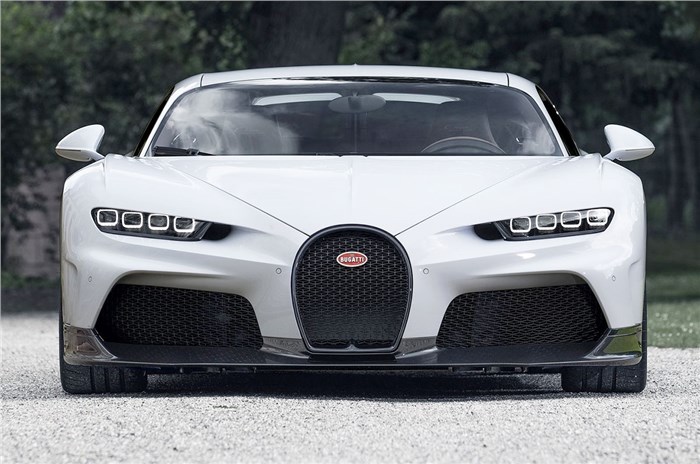 Bugatti will diversify its line-up and usher in electrification, following the signing of a partnership with EV specialist Rimac, but will continue to offer internal combustion engines in the long-term.

First electrified Bugatti to be developed from the ground up

As part of this joint venture, Bugatti will have access to electric drivetrains and components developed by Rimac for use in its future models. However, group CEO Mate Rimac has promised that the marque's first dedicated EV will be more than simply a rebodied Rimac Nevera.

"What some people expect might happen is that we take a Nevera and slam a Bugatti logo on it and call it a Bugatti," he said. "That's absolutely not going to happen. That's not what we're going to do. I'm a car guy, and while of course we want to make a profitable company, we will not just recycle what we have.

"We will not just restyle or hybridise the Chiron to make a new car. We're developing a completely new product from the ground up, because we think that's best way to go, and that product will still have a combustion engine."

It remains unclear whether Bugatti's longstanding quad-turbocharged W16, as used by the Veyron, the Chiron and their derivatives, will be hybridised as part of this process.

Porsche chairman Oliver Blume, who is a supervisory board member for Bugatti Rimac, said: "We will continue the business of the Chiron, and we already have ideas for new cars and to develop once again a very unique product.

"We listened very closely to Bugatti's fanbase, and for the transition period, we have an idea with more electrification but still retaining a combustion engine. We're thinking about electrification with a higher grade on Bugatti as well."

In terms of its range, Bugatti is set to expand beyond the one-core-model strategy it has had in place since the EB110 launched in 1991, launching what Mate Rimac refers to as "products that are not only hypercars."

He stopped short of confirming which segments these planned models would occupy but promised that they will be "very exciting" and "different", with hybrid and purely electric powertrains available across the portfolio.

At the beginning of 2020, Bugatti CEO Stephan Winklemann told our sister publication Autocar UK that a second Bugatti model would likely take more of an 'everyday' approach to its positioning than the Chiron.

“I'm convinced we don’t have to do a car which is only for weekends. This is a car to be used on a daily basis. It has to have a different shape [to the Chiron] and have a different mission," he said, adding that a second model line would require Bugatti to double its workforce and production capacity.

Bugatti originally brought us the Veyron and now has masterminded a 1,507hp masterpiece that's set to become the world's fastest production car.

Bugatti sister brand Lamborghini has recently introduced electrification to its venerable V12 engine in the form of an energy-generating supercapacitor, but Mate Rimac said that these devices are used to "very mildly hybridise" existing cars and suggested that hybridised Bugatti models will lean more heavily on electrification.