All-electric microcar has a range of up to 201km and can be charged in as little as four hours via a wall socket. 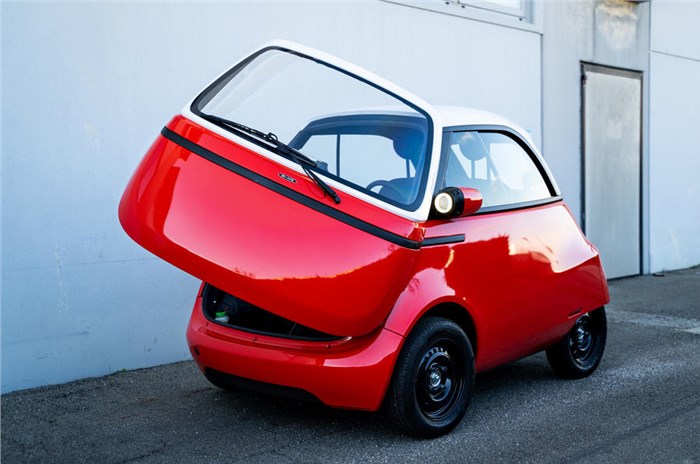 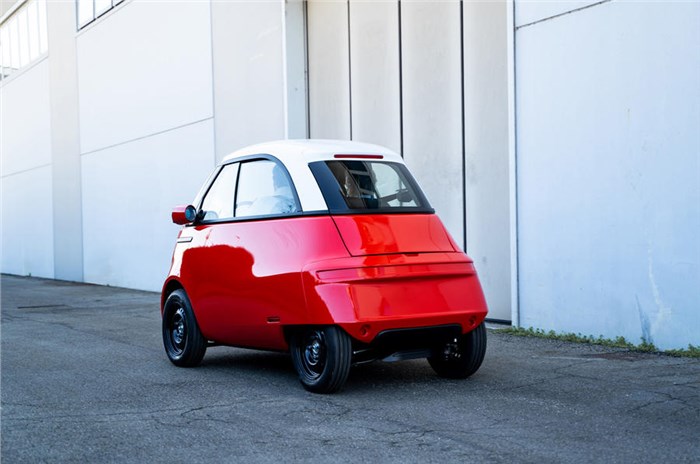 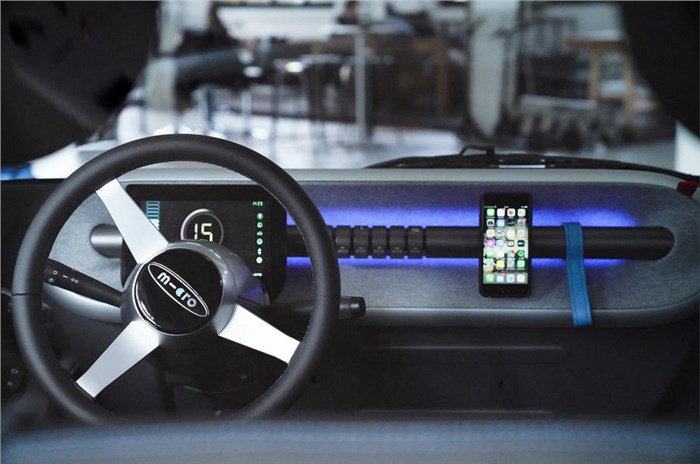 Swiss firm Micro, best known for creating the first foldable aluminium kick scooter in the 1990s, has revealed the BMW Isetta-inspired Microlino 2.0 prototype compact urban EV. The Microlino 2.0 has been developed to offer just the right amount of space, range and performance according to average usage statistics.

Micro says that, on average, "a car is occupied by only 1-2 people and driven just 35km per day", meaning normal cars are "too big for 95 percent of their usage". The Microlino, it says, provides the "ideal mix" between motorbikes and cars.

Like the Isetta from which it takes heavy styling influence, the Microlino features a front-opening door, meaning it can be parked nose-in and occupants can exit straight onto the pavement. However, the steering column, unlike the Isetta's, is fixed to the floor, rather than the door.

In keeping with its low price, the Microlino's cockpit is simple and minimalist, save for a digital display showing key information. Instead of an integrated sound system, the dashboard features a horizontal bar to which phones and wireless speakers can be mounted. The cabin offers enough room for two individuals and space for three beverage crates.

While the first prototype was completed in 2018, the new Microlino 2.0 more closely resembles the final production vehicle. Where its predecessor had a simple tubular frame, the 2.0 is built around a pressed steel and aluminium monocoque for improved rigidity without a significant weight penalty, and the rear end is roughly 50 percent wider for improved stability.

Despite its diminutive form, the Microlino allegedly offers a competitive range of either 126km - more than the similarly sized Renault Twizy - or 201 km, depending on which of the two available battery packs is specified. Precise capacities have not yet been given, but Micro claims the car can be charged in as little as four hours from a domestic plug socket.

The company says that the small EV weighs in at just 513kg and has a top speed of 90kph.

The Microlino is being positioned to compete with the Citroën Ami. It is also likely to be offered on urban car-sharing schemes in the same vein as Renault's new Mobilize EZ-1 two-seater. The current model will be followed by additional prototypes from March, with the homologation process set to begin in June. Micro anticipates it will achieve EU type-approval in August before beginning series production in September.