The Ice Racing version of the Bentley Continental GT will compete at the 2020 GP Ice Race in Zell am See, Austria. 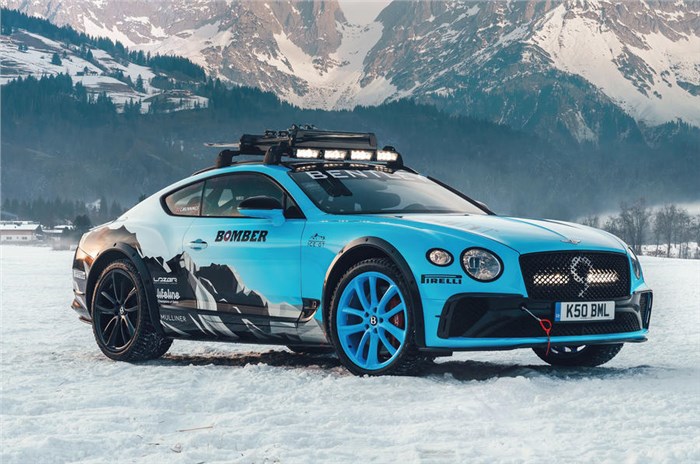 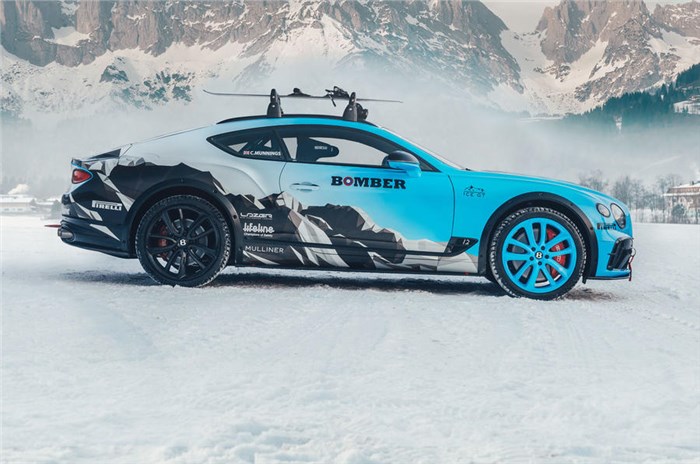 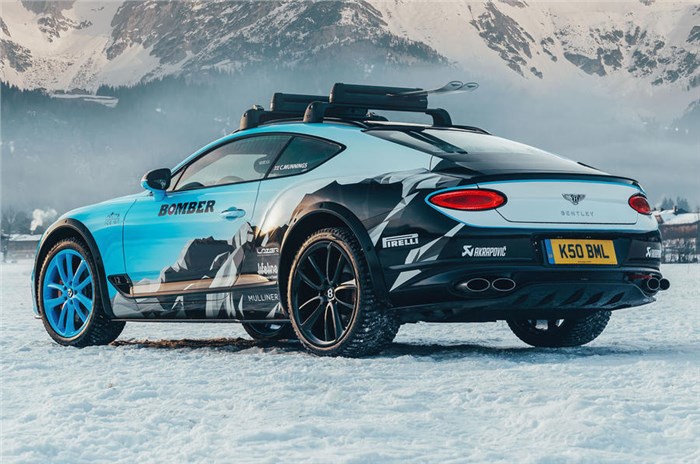 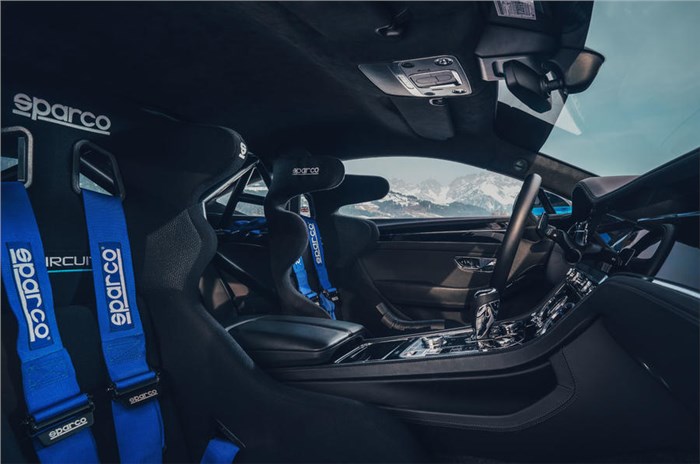 Bentley has revealed a one-off ice racing version of its Continental GT sportscar, which is said to be “as close to production standard as possible”. The Ice Race Continental GT has been specially adapted for the competition and bears a distinctive blue and black livery that pays homage to the record-breaking Continental from last year’s Pikes Peak International Hill Climb. The one-off model will compete at the 2020 GP Ice Race in Zell am See, Austria.

The race car gets meaty upgrades over the road car. Enhanced ground clearance, studded Pirelli Scorpion tyres for maximum grip on snow and ice, extended wheel arches to accommodate a 15mm increase in the track width, and a bespoke Akrapovic stainless steel exhaust – all are part of the kit for this Bentley racer. Ancillary fitments include the addition of a set of Lazer spotlights mounted on a new roof rack, along with a pair of skis produced for Bentley by winter sports gear manufacturer Bomber.

On the inside, the competition racer’s interior largely resembles that of the standard road car, with the only major changes being the replacement of the front leather seats with purpose-built race seats and harnesses. Safety inclusions such as a rear roll-cage and on-board fire suppression system also feature.

At the business end of things, the Ice Race Continental GT remains largely similar to the range-topping production model; it uses the same twin-turbocharged W12, producing 635 horsepower and 900Nm of torque, which go on to propel the car to a top speed of 333kph.

The Ice Racer will compete in the championship in the hands of Junior World Rally Championship driver Catie Munnings, who said, “I spent some time on the ice in the car just before Christmas. At first, I thought it would feel heavy, but I was amazed by how dynamic, nimble and responsive it is.”

First contested in 1937, the GP Ice Race was revived in 2019. A 600m track carved in snow sees vehicles from various ages and categories being pitted against each other. This year’s event begins on February 1.