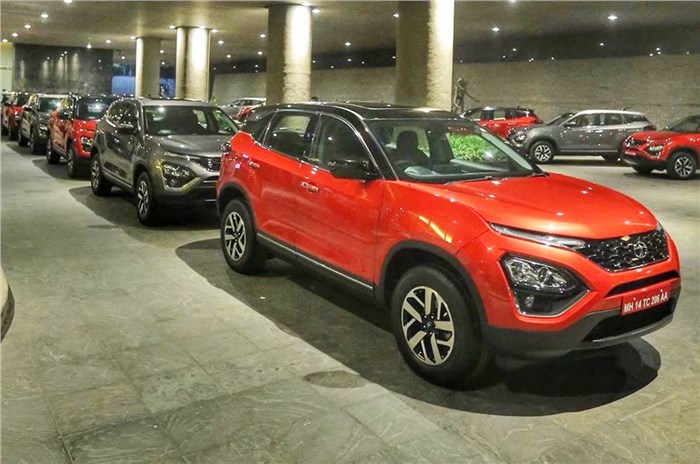 According to FADA, due to lockdowns in various parts of the country, automobile sales saw a drop of 71 percent, as compared to May 2019; sales down by over 50 percent as against April 2021.

The second wave of COVID-19, which spared not a single state, industry, and most households, has resulted in what was expected by almost everyone, a total washout.

According to the latest data released by the Federation of Automobile Dealers Association (FADA), the country saw 5,35,855 vehicles being retailed in May 2021, a drop of 71 percent in comparison to May 2019.

Commenting on the performance, Vinkesh Gulati, president, FADA said: “The second wave of COVID-19 has left the entire country devastated as there may not be a single household which did not get affected. Apart from urban markets, this time, even rural areas were badly hit. May saw continued lockdown in most of the states. Not surprisingly, auto retail for the month witnessed bloodbath as sales fell by 55 percent on MoM basis. Similarly, all categories of vehicles fell by a huge degree with 2Ws falling by -53 percent, 3Ws by -76 percent, PVs by -59 percent, tractors by -57 percent and CV by -66 percent, respectively.”

Gulati says that the auto retail fraternity is in dire need of support, and while a handful of manufacturers (Tata Motors – CV, Renault, Bharat Benz and HMSI) have announced financial help to their channel partners, others are yet to do so.

The dealer fraternity body has requested all those “OEMs which have still not announced any financial assistance to kindly do it urgently.”

FADA has also appealed to the Prime Minister that instead of restructuring, banks should allow a moratorium of 90 days to all categories of dealers without keeping a turnover limit. This is because the auto retail trade works on the principle where dealers get funded from financial institutes in terms of inventory funding for a period of 30-45 days (depending from bank to bank) to purchase vehicles from manufacturers.

As the current lockdown has already lasted well over 30-45 days and is still continuing in south India, revenue for most of the dealers are negligible as sales were minimal. As a result, dealers will not be able to repay their loan tranche, which is getting due. This will ultimately lead towards default. Since there are no guidelines, extension of tranche is considered as restructuring of loan. This will ultimately have a negative impact on dealers credit score as their CIBIL rating will get impacted.

The apex dealer body says the first nine days of June has seen better than expected retails due to pent up demand that was there in the system when states started implementing lockdown. If the trend continues, the industry may see almost similar sales when compared to June last year. On the other hand, monsoon has arrived in India almost on time. If MET predictions are to be believed, normal and evenly spread rains may bring an early respite for the rural economy thus pushing demand for vehicles faster than expected.

“It may be prudent to say that India may not witness a V – shaped recovery unlike last time. FADA hence continues to remain guarded in its optimism on overall industry recovery for the fiscal FY 2021-22,” concluded Gulati.