Cosmetic tweaks and equipment additions to be part of the refresh. 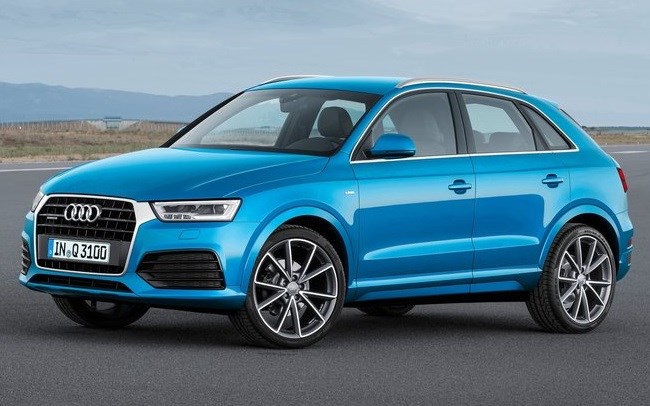 Audi will launch the updated Q3 in India on June 18. The changes are predominantly cosmetic. The front gets a restyled grille with a wider chrome surround, larger air intakes, and there could be LED headlamps available as an option. The taillights are new, as are the alloys wheels.

On the inside, the changes are very subtle, and include a new steering wheel, instrumentation and an updated MMI system.

Currently, the Q3 is sold in India only in the 2.0-litre TDI diesel guise; the cut-price Q3 S and the 2.0-litre TFSI petrol version have been discontinued.

The Q3 facelift though, is likely to be offered with both the 2.0-litre diesel and the 2.0-litre petrol engines. They’re mated to a seven-speed dual-clutch automatic transmission and equipped with the Quattro AWD system. The engines have been tweaked to be a bit more powerful, and Audi also claims that they are tuned for improved fuel efficiency. The carmaker may also re-introduce the budget Q3 S; it comes with a six-speed manual gearbox and front-wheel drive setup.

The Q3 is one of Audi’s highest selling models in India, and rivals the likes of the Mercedes GLA and the BMW X1.

The facelifted Q3 will be Audi India's fifth launch this year, out of the planned ten. The facelifted A6 is next in line, to be followed by the Audi Q7 around November.