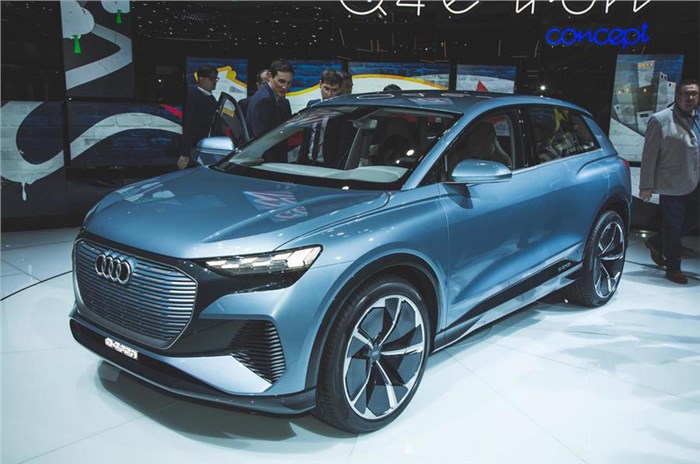 Audi bosses have vowed that the company will bounce back this year, after the impact of new WLTP emissions tests led to a sharp drop in sales and profits in 2018.

At its 2019 press conference, the firm's finance boss, Alexander Seitz, said that it's better prepared for the second round of WLTP emissions legislation. The carmaker aims to have a general operating permit for all of its powertrains by the end of 2019.

Along with simplifying its product portfolio, meeting the new regulations will allow Audi to reduce its fleet emissions. Seitz says that this will help it distance itself from the long-lasting impact of the Volkswagen Group's dieselgate scandal.

Environmental concerns and the need to meet ever-tightening CO2 emissions restrictions play an integral part in Audi's planning for the coming years. It has set goals of making all its manufacturing plants CO2-neutral and introducing 30 new electric vehicles by 2025. This is part of a wider electrification programme within the Volkswagen Group, which will result in the launch of around 70 electric models across its various brands by 2030.

When asked whether now is the right time for such an investment in EV technologies, Audi CEO Bram Schot said that feedback from customers suggests "60-70 percent of drivers of electric cars are loyal to electrification" and that the overall response to the brand's new E-Tron electric SUV has been overwhelmingly positive.

Schot announced the launch of 20 models (including updates) globally in 2019. He has also confirmed that the Audi Q4 E-tron concept showcased at the 2019 Geneva motor show will go into production in two years. Sloting below the E-tron, this SUV expected to reach a wider customer base.

Seitz said that an event such as dieselgate “will never, ever happen again.” Audi has strengthened its multi-person checking system for each new vehicle and tightened its internal documentation process.

In the US, the brand has already bought back or fixed 85 percent of Audi vehicles affected by the emissions scandal and paid a fine of GBP 683 million to the German government.