Heavily updated Gurkha will be based on a new ladder-frame chassis, and be powered by a 90hp, 2.6-litre diesel engine; will rival the next-gen Thar and upcoming Jimny in India. 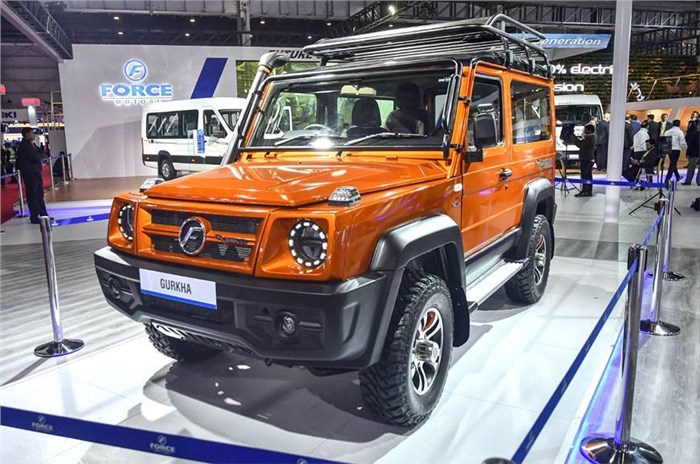 Force Motors is set to launch the new Gurkha by June 2020. The carmaker had debuted the latest iteration of its off-roader at the 2020 Auto Expo earlier in February.

The new SUV may look similar to the outgoing Gurkha on the outside, but it has been thoroughly reworked. On the inside, the new Gurkha SUV features creature comforts like power windows, and a touchscreen infotainment system – a first for the model.

The mechanical changes on the off-roader are even more significant. The Gurkha sports an all-new ladder-frame chassis and coil springs all around.  Force Motors has made these changes in an effort to change the Gurkha’s image from being a utilitarian off-roader to a viable second car.

Under the hood is a BS6-compliant 90hp, 2.6-litre diesel engine, which is accompanied by a four-wheel-drive with lockable differentials. There are talks of a more powerful 2.2-litre engine being considered for later. The carmaker has stated it has plans to introduce a two-wheel-drive model, more body configurations, and multiple wheelbase options as well. In terms of competitors, the Force Gurkha will rival the all-new Mahindra Thar, which will also come to India by mid-2020. Additionally, it will also see competition from the upcoming Maruti Suzuki Jimny that’s scheduled to be launched next year.