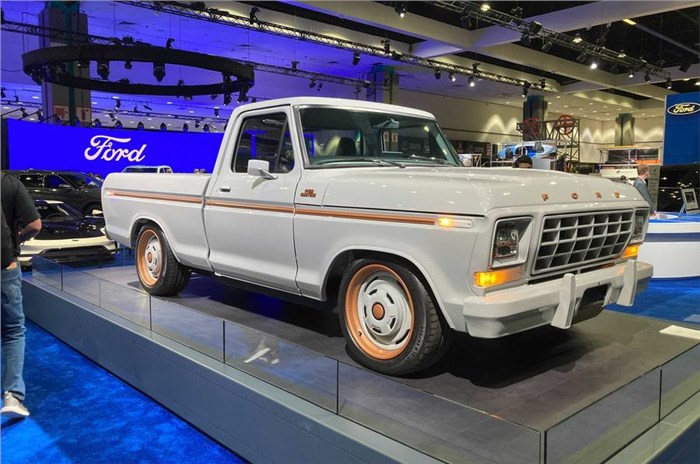 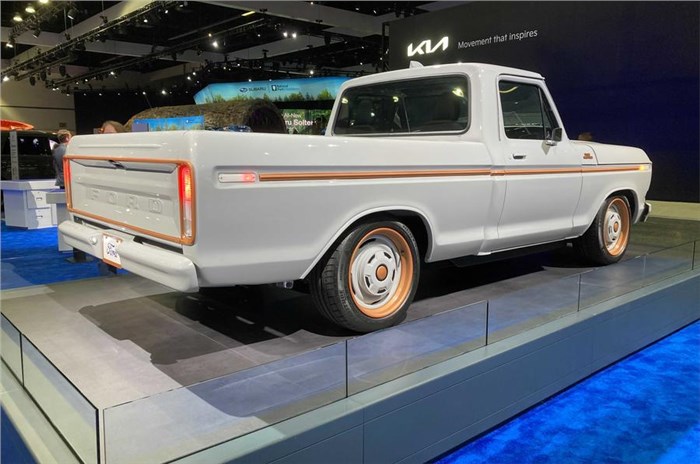 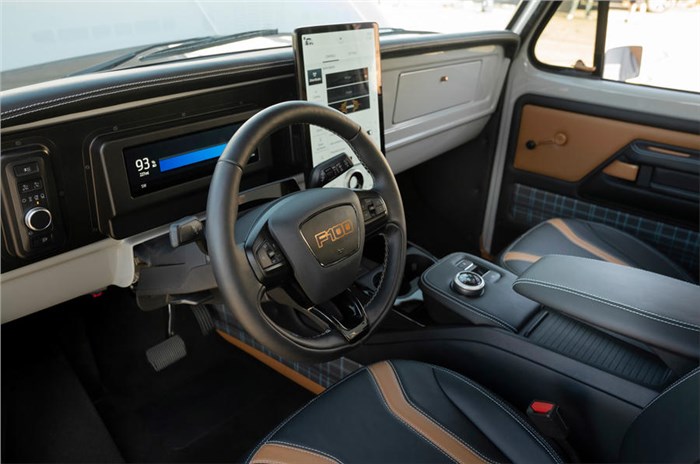 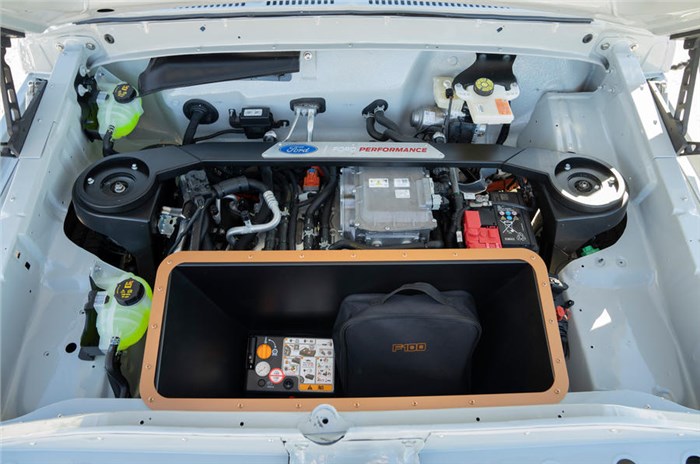 Ford has showcased a one-off, electric reworking of its venerable 1978 Ford F-100 pickup truck at the Los Angeles motor show, following its debut at CES earlier this month. Called the F-100 Eluminator, the concept uses the same twin-motor, four-wheel-drive set-up as the top-rung GT version of Ford's Mustang Mach-E SUV – giving it 486hp and 860Nm.

With the exception of the lowered suspension, custom-built Forgeline three-piece aluminium wheels and Avalanche Grey over Cerakote Copper paintwork, the exterior remains relatively unchanged, giving little indication of the concept's performance potential. The interior features a billet aluminum dashboard, with avocado-tanned leather upholstery and a more modern infotainment system borrowed from the Mach-E.

The concept has been built to showcase Ford's Eluminator electric 'crate motors' – which are now available to order from the factory. Taken from the Mustang Mach-E GT, the motor is the first electric performance part that Ford has released. The E-crate motor produces 285hp and 430Nm of torque.

The motor is available for $3,900 (around Rs 2.89 lakh) and is targeted at custom car builders who are “looking for a transverse-oriented powertrain to electrify a range of vehicles from modern to vintage cars, trucks and SUVs.”

This isn't the first Ford to showcase the brand’s vision of high-performance electric vehicles. A Shelby Mustang Mach-E GT concept was unveiled simultaneously, along with a whole host of other modified Fords.

In September, the American carmaker announced that manufacturing of vehicles for sale in India will cease immediately while export manufacturing will wind down by mid-2022. However, Ford will continue selling imported CBU models. The brand has already confirmed the launch of the all-electric Mustang Mach-E SUV, and the updated Mustang GT sportscar is expected as well.