Next-gen GLE SUV will launch by February 2020; likely to come with more than one engine option initially. 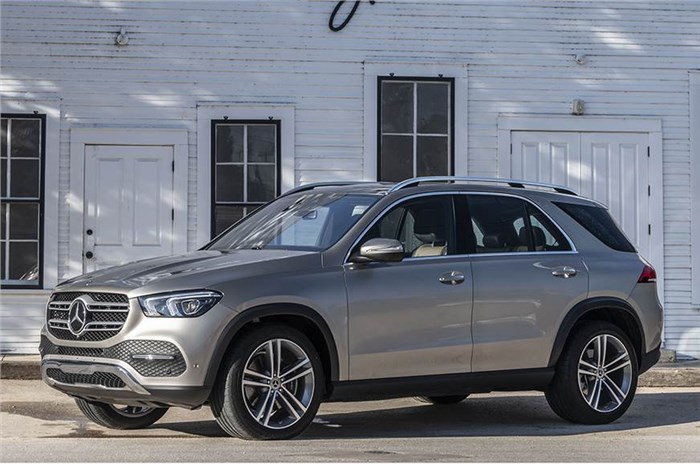 Mercedes-Benz India has officially announced acceptance of bookings for the next-gen GLE SUV. The company has also confirmed that the model will see a price announcement sometime around February 2020 just ahead of the Auto Expo 2020 that starts on February 5.
The fourth-gen GLE (known earlier as the M-Class) gets fresh styling but continues with its unique exterior look that is carried over from the first-gen SUV.  It has more cabin space, thanks to its added length and a wheelbase increase of around 80mm.  On the inside the new SUV gets two 12.3-inch screens along with a multi-functional steering wheel, similar to the ones seen on the newer Mercedes-Benz models.
For India, the new GLE will most-likely come with more than one BS6 compliant diesel engine option.  The range will start at the GLE 400d with a 3.0-litre, six-cylinder engine good for 330hp at 3,600-4,000rpm and 700Nm of torque at 1,200-3,000rpm. A second diesel variant, the GLE 300d, equipped with the new 2.0-litre, in-line four-cylinder engine (code: OM654) could also be introduced. This engine makes 245hp at 4,200rpm and 500Nm of torque at 1,600-2,400rpm. The GLE’s petrol engine would be the 3.0-litre, in-line six-cylinder unit that puts out 367hp at 5,500-6,100rpm and a torque value of 500Nm at 1,600-4,500rpm. All engines come mated to a 9-speed automatic gearbox. Key rivals to the new GLE include the latest-gen BMW X5, the Land Rover Discovery, the Audi Q7 and the Volvo XC90 in the Indian market.
Additionally, Mercedes Benz India has also announced that the third-generation GLE SUV has been sold out in India. The company also handed more than 250 cars to customers on Dhanteras, in the Delhi NCR region alone with more than 600 vehicles delivered on the same day in Mumbai, Pune, Gujarat, Kolkata, Delhi NCR and Punjab as well.