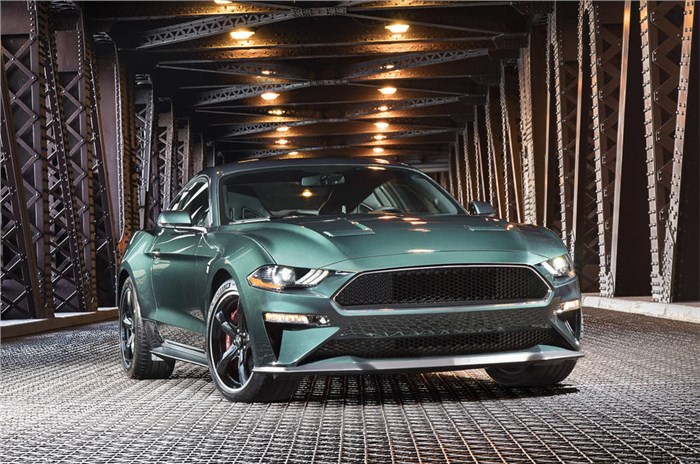 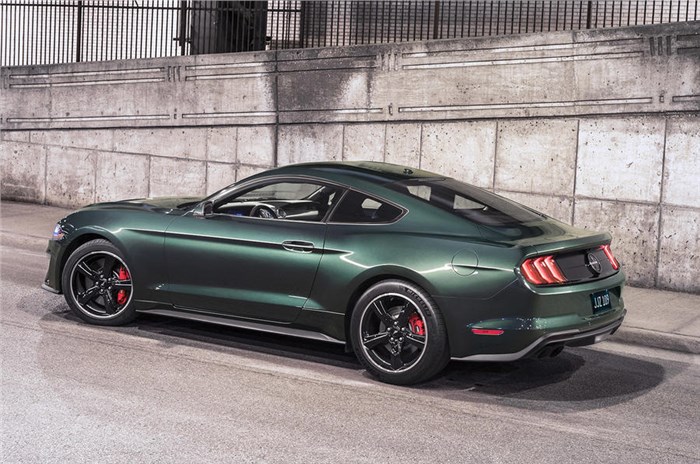 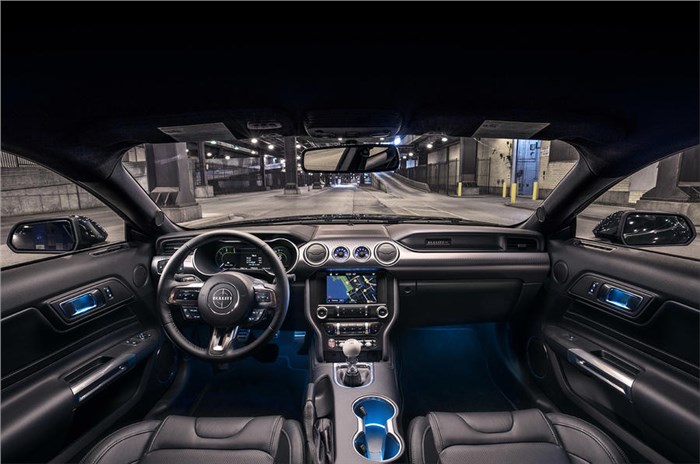 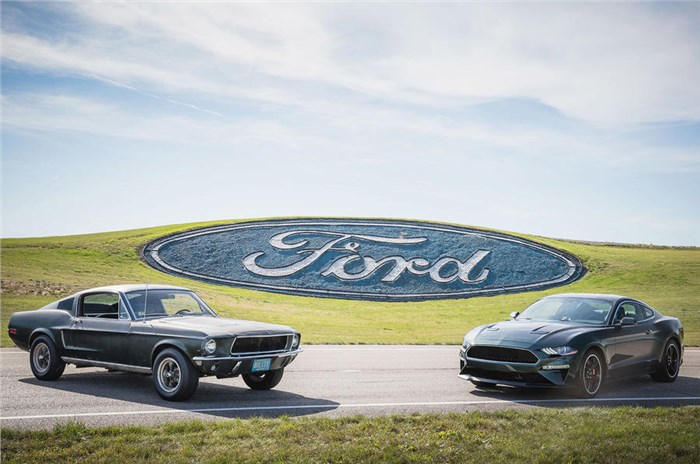 The special edition Mustang pays homage to the movies' most famous Pony Car; comes with 482hp and is capable of hitting a claimed 262kph.

Ford has unveiled the newest iteration of its Mustang Bullitt – a special edition model that pays homage to the famed car used the Steve McQueen movie of the same name. The reveal commemorates the movie's 50th anniversary. The model that was showcased was driven onto the stage by Molly McQueen, granddaughter of Steve McQueen. It will be auctioned off for charity.

The American manufacturer has introduced a Bullitt edition of the Mustang with every generation, beginning with the fourth-gen model in 2001.

The 2018 Mustang Bullitt (based on the current facelift that was showcased at Frankfurt in 2017) features the same livery and colours as the 1968 Mustang that was made popular due to its epic car chase scene in the movie. It features a Dark Highland Green paint (black is also available), gunmetal finished 19-inch aluminium wheels, red-painted brake calipers and a black front grille. At the rear, the Bullitt's standard petrol cap has been replaced with the original Bullitt's false one, showcasing the model’s significance.

On the inside, it sports Recaro seats, green stitching in the upholstery, an eight-ball gearknob and the Bullitt Electronics Package – which adds satellite navigation, a premium sound system, a blind spot monitor and cross-traffic alert, as well as driver seats and mirrors with a memory function.

The special edition model also gets a raft of mechanical updates in order to cement its status as the most special Mustang in the range. The Mustang’s 5.0-litre V8 mill has been tweaked to produce 482hp and 570Nm of peak torque, an increase of 67hp and 55Nm of torque over the model sold in India. This has seen the top speed rise from 250kph to 262kph.

There is no word from Ford if it will bring this special edition Mustang to India. Seeing as it is a limited-run model and based on the facelift not available in India, a launch is unlikely.