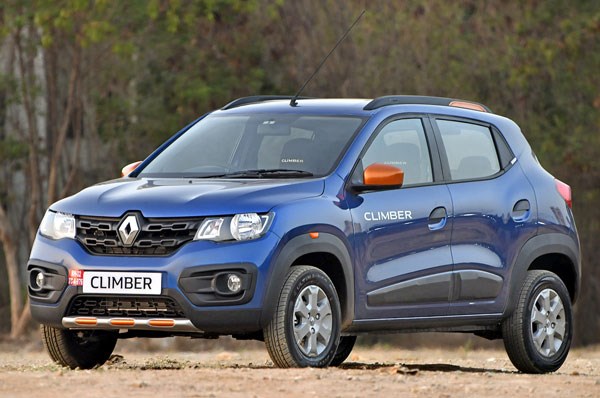 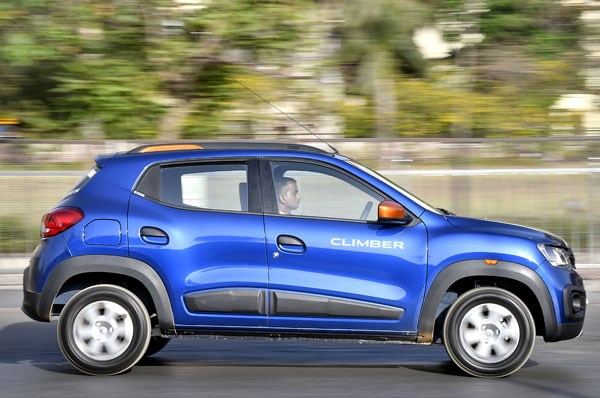 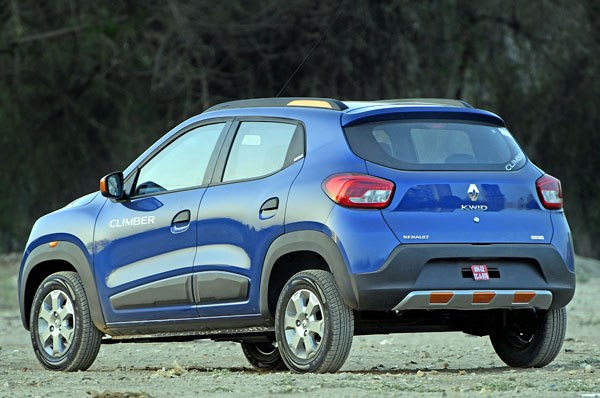 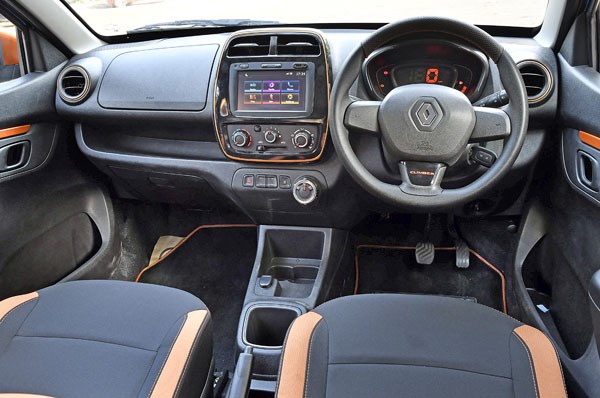 At the Auto Expo last year, Renault revealed two concepts based on the Kwid – the more adventurous Climber and the sportier Racer. Thanks to an enthusiastic response, Renault has brought the Climber to life as a special edition of the 1.0-litre Kwid. However, it’s been toned down from the original concept.

The Kwid Climber comes in three shades – including a new electric blue shade pictured here – with signature orange highlights across the exterior and interior. It is also the first variant of the car to sport alloy wheels. The most notable change to the Climber up front is the inclusion of a faux silver skid plate with orange inserts, to give it a more rugged appeal. The fog lamp housings have also been tweaked with beefier looking plastic inserts. 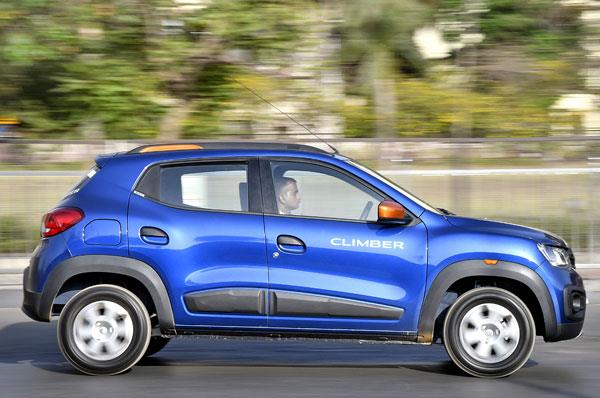 Unlike the standard car’s silver-finished wing mirror housings and chequered door cladding, the Climber gets orange-finished door mirrors and regular black cladding. The roof rails also come finished with orange inserts while the front fender-mounted turn signals now come finished in orange. Changes to the rear mirrors the changes to the front, with the insertion of a faux skid plate with orange inserts on the bumper. 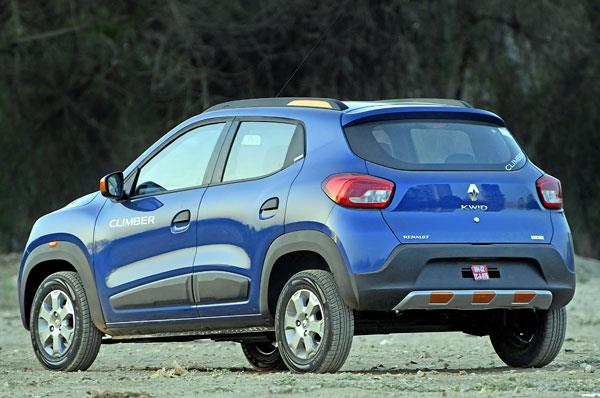 The Climber name adorns the car’s exterior in bold letters on the front doors, and on the corner of the rear windshield.

As mentioned above, the interior too is adorned with orange trim bits and fabric inserts. The dashboard features orange inserts around the centre console and side air-vents, while the upper portion of the steering has been gets a partial cover. The cover, while in the same shade as the remainder of the plastics on the steering, features orange perforations and stitching. All four doors and the gear-lever on the manual model get orange plastic inserts as well.

The seats are finished in new fabric, with lateral supports of the seat base and backrest featuring orange fabric inserts. The backrests also feature a new hexagonal design finish with stitching in orange colour. The floor mats also get an orange lining. The cabin features the use of the Climber name on the lower spoke of the steering, the front seat headrests and, interestingly, on the carpet in the boot. 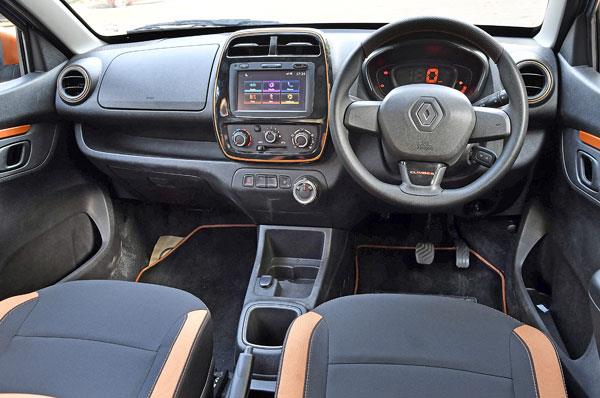 The Climber is based on the top Kwid 1.0 RxT(O) trim and carries forward all the equipment from the latter inside the cabin.

The Climber is powered by a 68hp, 999cc, three-cylinder engine paired to either a five-speed manual or AMT gearbox.

The Climber is priced at Rs 4.30 lakh for the manual and Rs 4.60 lakh for the AMT (both prices ex-showroom, Delhi), making the two variants about Rs 25,000 more expensive than the standard top-trim model.