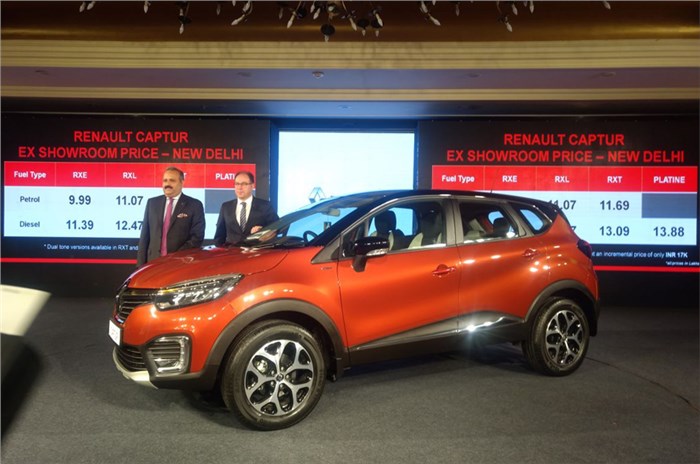 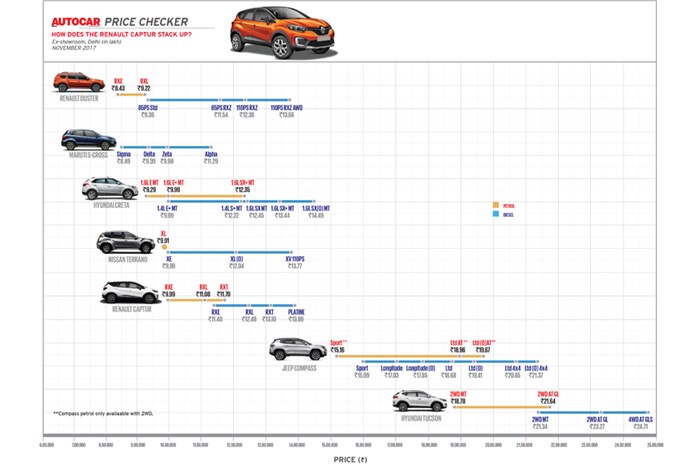 Renault has launched its Captur crossover, with prices starting at Rs 9.99 lakh for the base petrol RXE variant and going up to Rs 13.88 lakh for the top-end Platine variant (ex-showroom, Delhi) that is only available in diesel. The Captur sits above the Duster SUV and will, currently, be Renault's most premium offering in India. The prices at launch are introductory ones and can be expected to increase at a later date.

Unlike other vehicles that carry a more traditional SUV stance, it looks stylish with its swooping lines and curves. The SUV is based on the M0 platform that also underpins the Duster. It is 4,329mm long, 1,813mm wide and 1,613mm high, and has a wheelbase of 2,673mm. Ground clearance is at 210mm.

The Captur comes with two engine options, the familiar 1.5-litre K9K diesel that’s good for 110hp which also powers the Renault Duster and the Nissan Terrano, and the 1.5-litre petrol which churns out 106hp and 142Nm of torque.

Safety features on the Captur include dual front airbags, ABS with EBD and brake assist. Renault has stated that the Captur is also certified for offset frontal and lateral crash.