Refreshed KUV100 gets multiple cosmetic as well as mechanical changes; equipment list out. 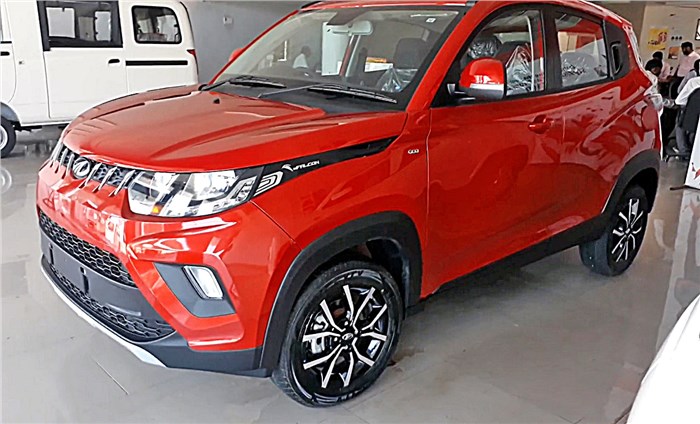 Mahindra KUV100 NXT has been spied at a dealership in Madhya Pradesh. 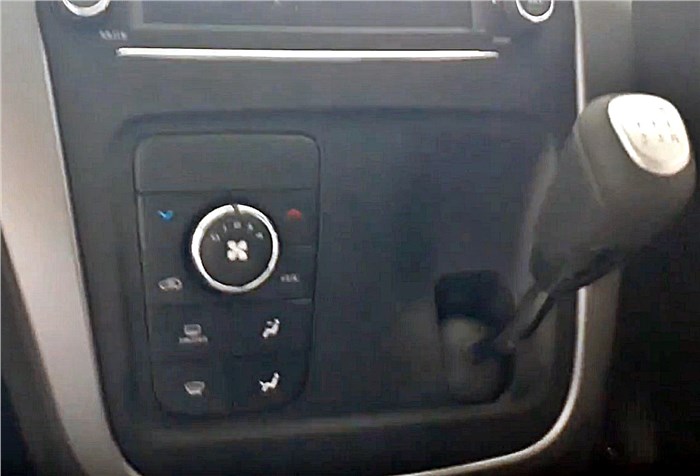 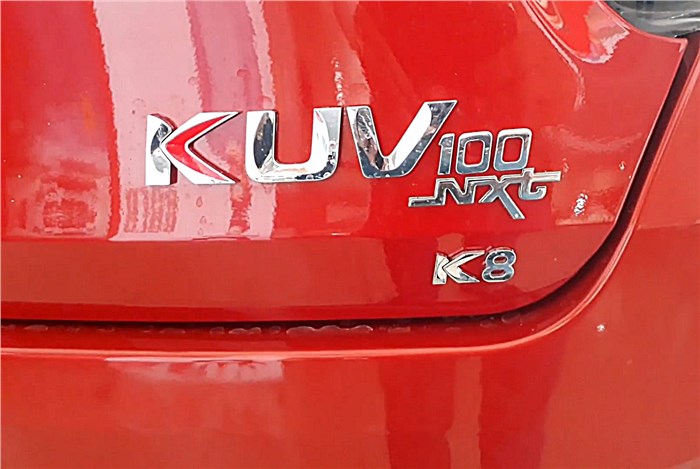 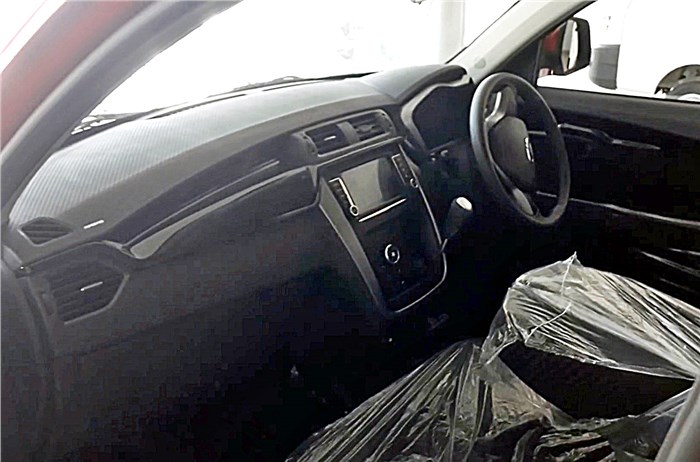 Mahindra is all set to launch the heavily updated KUV100 in our market on October 10, 2017. The original KUV100 was launched in January 2016 as Mahindra’s entry-level model for the booming compact-SUV/rugged hatchback segment. However, it failed to have much of an impact in the market. Mahindra plans to change this with the soon-to-be-launched KUV100 NXT. As revealed from the images, dealers have started receiving stock of the updated KUV.

Badged KUV100 NXT, the refreshed model features a long list of updates. Changes on the exterior include restyled front and rear bumpers that give the KUV a muscular and more SUV-like appearance. The vehicle’s length has also gone up slightly as a result of this and is now at 3,700mm, compared to the earlier 3,675mm. Mahindra offers faux skid plate on the front and the back, along with a new front grille with design elements similar to newer models like the Genio pick-up and the upcoming U321 MPV. The cladding that runs across the length of the car, including the wheel arches, has also seen a minor design change. The headlamps and tail-lamps get new inserts and the latter gets a clear lens design.

The refreshed KUV100 features sheet metal changes to the doors and the tailgate, and now sport “sharper and more aggressive” creases to make the vehicle look more SUV-like. It comes with integrated roof rails and a tailgate spoiler. Higher variants like the one seen here come with new 15-inch diamond cut alloy wheels.

The updated KUV100 gets some tweaks on the inside too. Earlier available in both five- and six-seater layout, Mahindra will now sell the KUV100 as a six-seater. However, the five-seater version will be available on a made-to-order basis. Two interior shades are on offer. The lower-spec trims are likely to come with grey interiors while the top-spec K8 gets an all-black layout.

The updated KUV gets the same 82hp, 1.2-litre petrol and 76hp, 1.2-litre diesel engines mated to a five-speed manual gearbox. However, the engines have been tuned to deliver better fuel economy figures. The major difference is expected to be in the refinement department. It now gets with strengthened engine mounts which, according to our source, has reduced engine noise and vibrations to a large extent. It will also feature a reworked air-filter design and suspension that now gets a longer travel rate at 150mm for the front and 200mm for the rear, which is likely to improve ride quality. Additionally, the KUV100 facelift has improved approach and departure angle as well (20deg and 29deg respectively) which, along with additional ground clearance, is likely to help it tackle rough roads better. As far as safety goes, the KUV100 NXT gets dual front airbags, corner braking control and ninth-generation ABS and EBD.

As reported earlier, the updated KUV100 is expected to be launched soon and will see a marginal bump in price. The KUV100 NXT has a wide competitor base, which includes the Maruti Ignis and cross-hatchbacks like the Etios Cross, Honda’s WR-V and the Hyundai i20 Active.