Toyota has launched the new Fortuner with the choice of a petrol and diesel engine; prices start at Rs 25.92 lakh. 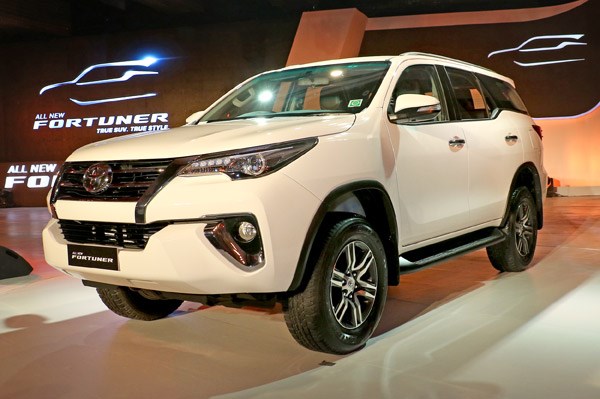 Since its launch back in 2009, the Fortuner has established itself as a favourite of large seven-seat SUV buyers in the country. The first-gen model held on to its place as the segment bestseller for a long time, despite the launch of newer SUVs such as the new Ford Endeavour and Chevrolet Trailblazer. Now Toyota has upped its game in the segment with the replacement of the first-gen model with the new larger and more upmarket second-generation Fortuner.

The Fortuner holds the distinction of being the only SUV in the segment to offer a petrol engine. The petrol engine in question is the same 166hp 2.7-litre four-cylinder engine from the Innova Crysta. The unit is offered with the choice of either a five-speed manual or a six-speed automatic gearbox. For diesel buyers, the Fortuner is offered with a 177hp 2.8-litre four-cylinder diesel engine. The unit is paired with either a six-speed manual or automatic gearbox with both getting the option of all-wheel drive. The engines get three drive modes – Power, Economy and Normal (default).

Unlike its predecessor, the Fortuner isn’t a full-time all-wheel drive with the new Sigma 4 system getting three switchable modes – 2WD, 4WD High and 4WD Low. The system also features an active traction control system for all four wheels that individually brakes each wheel to help maintain traction.

The prices for the new Fortuner are as follows:

The Fortuner diesel rivals the likes of the Chevrolet Trailblazer (Rs 23.95 lakh) and the Ford Endeavour (Rs 23.78-29.77 lakh), both of which have recently seen a drop in pricing. Also a rival to the new Fortuner is the Mitsubishi Pajero Sport. The petrol Fortuner, however, doesn't have any direct rival.