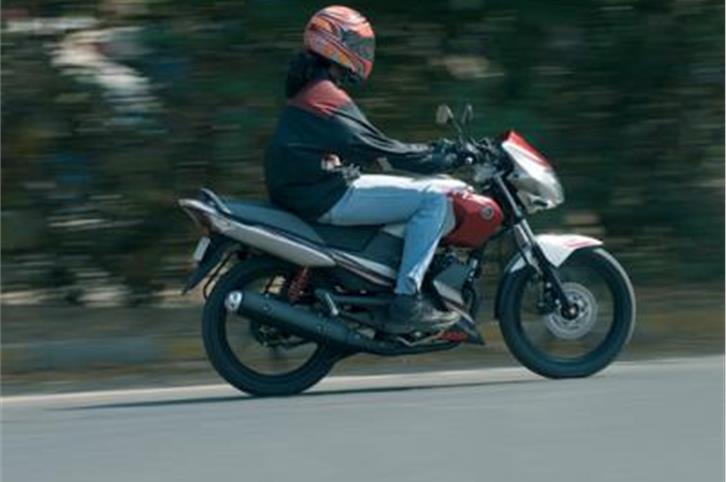 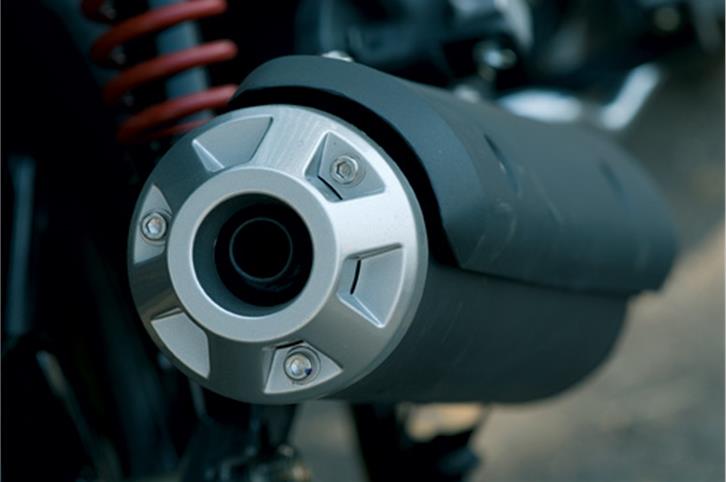 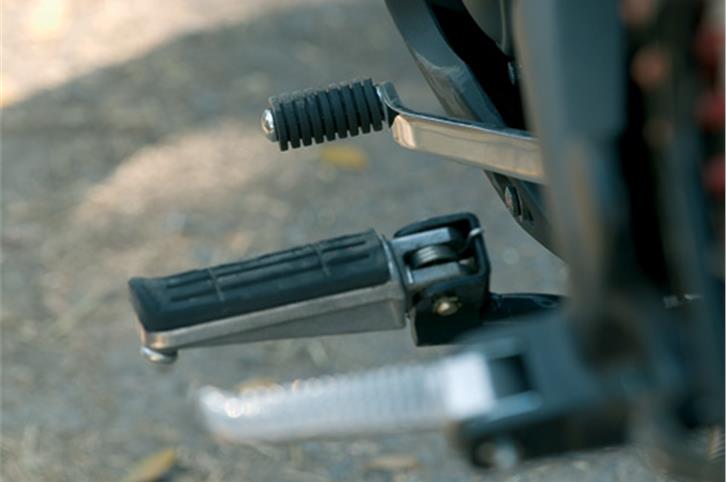 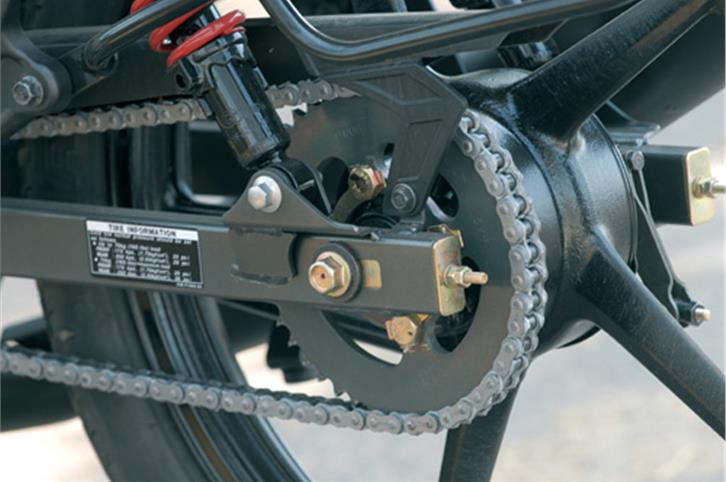 Yamaha India has been regularly making capable bikes, but they were somehow not a complete package. The Gladiator when launched couldn’t match the sales numbers of the 125cc kings. However, Yamaha India has now changed their plan: they are going to give us what we’ve for all time required from them: think RX100 and RD350.

Yamaha India has been regularly making capable bikes, but they were somehow not a complete package. The Gladiator when launched couldn’t match the sales numbers of the 125cc kings. However, Yamaha India has now changed their plan: they are going to give us what we’ve for all time required from them: think RX100 and RD350. The Gladiator Type SS and RS are the initial steps in that sporty direction, and we managed to sneak a ride on the Type SS, which stands for ‘Stylish and Sporty’. The ‘RS’ stands for ‘Racing Sports’.

There isn’t much to separate the ‘SS’ and the ‘RS’ models, apart from for their paint schemes, decals and the colour of the rear springs. Yamaha has made 28 changes to the Gladiator. What remains the same is the quality of the fit and finish, which still remains excellent. The front mudguard has been altered, as has the bikini fairing - it now has a vent in the centre, above the headlamp. The indicators have clear lenses, replacing the previous Gladiator’s amber ones. The handlebar itself is flatter, encouraging the rider to lean forward, and the handle crown is a fresh design and looks much better. The brawny tank with the side extensions is complemented by an engine cowl. The footpegs are made of aluminum now, and the lovely looking pillion footpegs click pleasingly into place. The brake pedal is redesigned, and the gearshift lever is actually sporty, now only a toe-shifter. The underseat cowls look like they flow into one another thanks to the very well implemented decal job and the seat is now comfy enough for additional grip during hard riding. Red springs on the twin rear shock absorbers bond the seat to a rectangular swingarm. The new Gladiator also comes with a bare chain that needs the least maintenance. The newly-designed, beautiful looking muffler end-piece (that Yamaha has called ‘machine-gun type’) points upwards at a properly sporty angle. Alloy wheels are now regular bits on the Gladiator.

The 123.7cc, 4-stroke, single-cylinder engine’s power and torque outputs are by and large untouched, with the only modification being a high-flow paper air filter and a noiseless cam chain. Wind up the throttle, and the engine responds with a growly note that makes other road users sit up and take notice of you. The engine is exceptionally smooth and vibe-free, and pulls powerfully from 3000rpm onwards. Our test bike had its redline indicated at 9500rpm on the clear twin-pod instrument bunch. And thought the Gladiator is not built to carry out right up to this, it does like a sensibly wide powerband of about 4000rpm which is sufficient to keep the bike moving rapidly, in particular when you know that the spontaneous 5-speed gearbox needs just a prod on its gearshift lever to switch ratios. Finding neutral is by no means a difficulty, either. The clutch is soft, with silky engagement.

Unlike the XCD, the Gladiator is a large bike and a six-foot person, with long legs, and the tank recesses will manage well to accommodate those long legs. The low handlebar puts a tad load on the wrists, but on long rides or when you’re corner-carving, this is a fine thing. It takes some of the rider’s weight off his backbone, and this is more relaxed, except for if you’re going to use 90 percent of your time waiting on traffic lights or in jams. Handling is remarkably agile, and you are never found wanting for stopping power with the strong front disc. Ride quality on the new Gladiator proved lush, at all times contented over bad roads, as was the case with the preceding generation model.

The Gladiator type SS has stepped into the field of the 125s and is the opposite of a commuter bike that positions itself as a 100cc option. It is a large, fine looking and a sporty new bike. If you’re a student who wants to make an impression on your friends without burning a hole out too much on petrol, or a commuter who wants a bike that you can have fun with on weekends, the Gladiator is it.