We ride Honda’s first BS6-compliant motorcycle in India, the SP 125. How different is to ride? And what else is new? 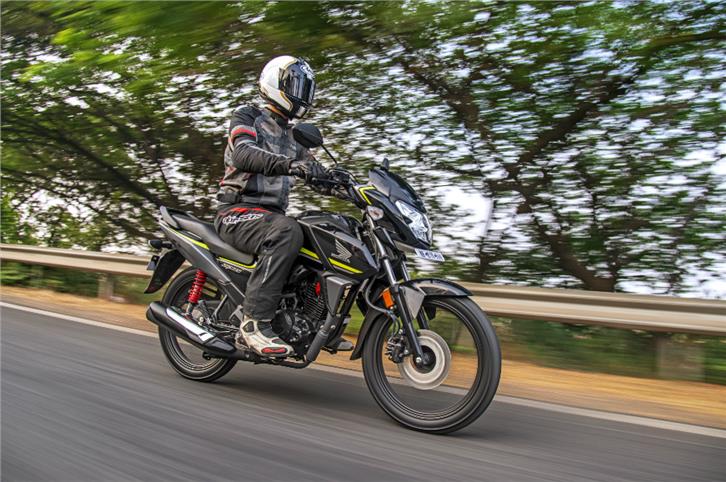 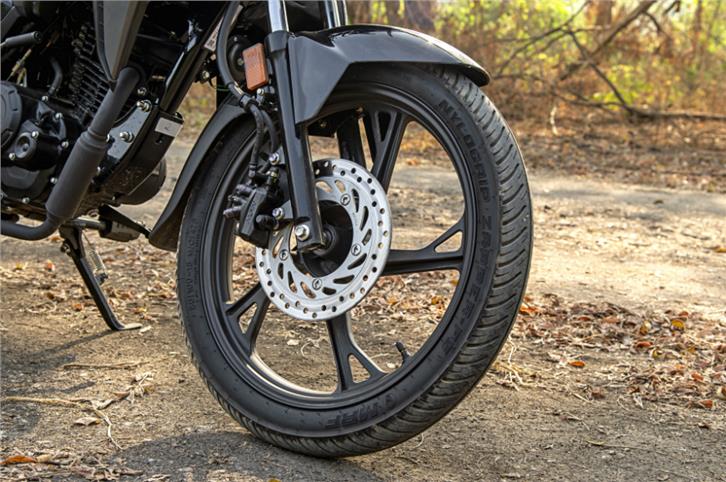 With the launch of the Activa 125 FI, Honda became the first to bring in a BS6-compliant scooter to India. Now, with the SP 125, they’ve become the first to have both, a BS6-compliant  scooter and a motorcycle on sale in the country. The company is quite proud of the fact, and why shouldn't they be? It reaffirms the prowess they have in the Indian two-wheeler market. What we are really interested in, though, are some of the other ‘firsts’ (read segment-first features), the BS6 engine and everything else that’s new. 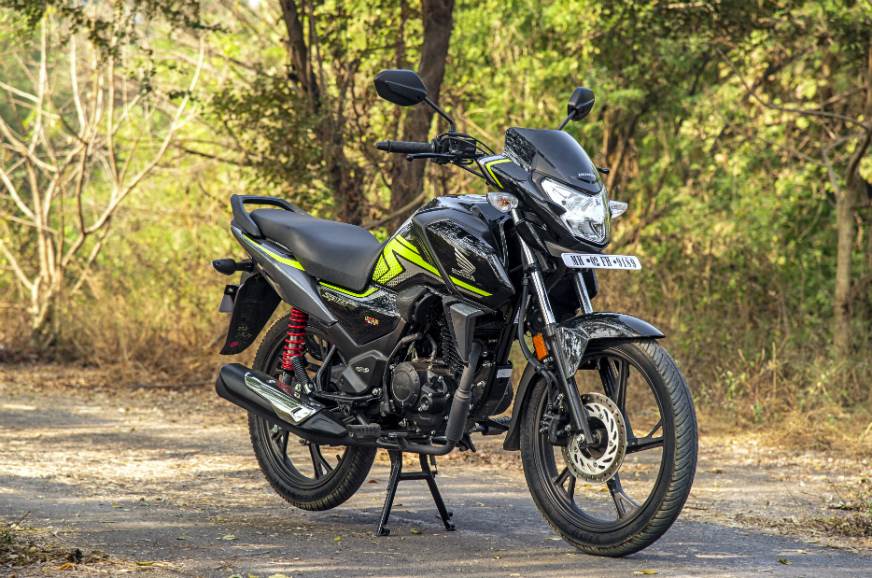 What's nice about manufacturers making the switch to BS6, aside from the fact that it lets us contribute towards saving our planet with lower emissions, is that they are rethinking their products. We are actually seeing them go back to the drawing board and fix whatever else they felt their products were lacking as well. In the case of the SP 125, one of its changes is a major overhaul to the design when compared to the CB Shine SP. For 2020, Honda has dropped ‘Shine’ from the bike’s name and with it the commuter-like design. 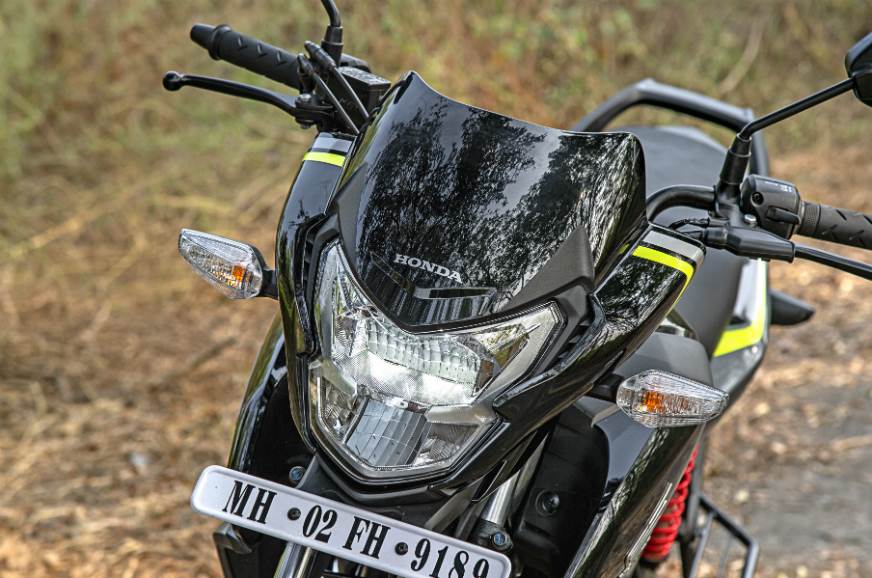 The SP 125 now features sharper and more contemporary bodywork. For instance, the muscular tank and tank extensions on this bike look like they’ve been inspired by the CB Hornet 160R. Tying in nicely with the more aggressive front end is the sleeker headlight and the cowl surrounding it. Even though it isn’t very noticeable, Honda has also made small changes to the rear end and the tail-light to give it an updated look. It’s not only the design that Honda has reworked, it’s the presence of the motorcycle too. This one looks like a proper 125 and not like one of the company’s 110cc models anymore, and this will surely be appreciated by buyers who are shelling out the extra cash.

Something else the buyers will also appreciate is that the BS6 compliant, fuel-injected engine hasn’t lost out on power and torque - a first so far. Even though both figures have gone up by only 0.5hp and 0.5Nm resepctively, it still beats losing numbers, right? The 124cc engine now has a smaller bore, longer stroke and a slightly higher compression ratio at 10.0:1. Now, while that sounds positive on paper, it doesn’t translate to a highly noticeable difference on the road. What is noticeable though, is the refinement. It’s only really high in the rev range, where you won’t find yourself too often, that you’ll notice a touch of vibrations and a gravelly engine note, but the engine is otherwise quite smooth.

The 5-speed gearbox remains the same, and like before, it’s much smoother than the 4-speed units most other commuters use. Speaking of the gearbox, don’t mistake the additional gear to add to the performance as it’s purely an overdrive, which is quite clear because the fourth and fifth gear are capable of similar speeds (around 100kph on the speedo). Fifth gear essentially does the same as fourth, with less stress on the engine. Honda’s claiming that the new BS6-compliant engine is also 16 percent more fuel efficient than the older model. This is something we’ll put to the test as soon as we get the chance. 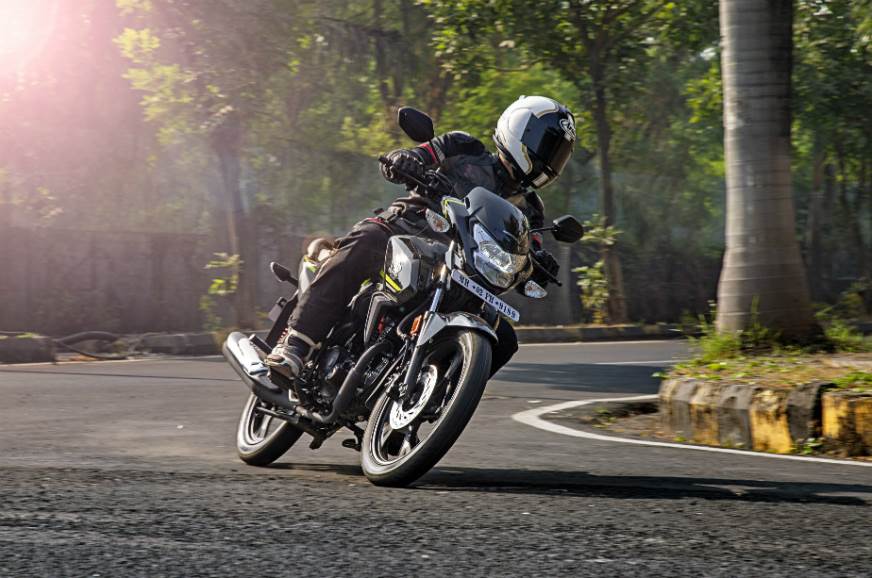 Something buyers of this segment appreciate as much as performance, is the ride quality and like the Shine SP, this one runs the same hardware. As a result, the ride remains very pliant. We got a chance to take it on a broken patch of tarmac and the bike glided through it. The seat, meanwhile, is a little firm but I wasn’t sore even after three hours on it. While we didn’t get the opportunity to test out how it is for the pillion, the flat and long seat does look like it will offer a similar experience. We had with us the disc brake-equipped variant and found the brakes adequate. While we haven’t had a go on the drum brake-equipped SP 125, it’s something we wouldn’t advise to opt for, unless you have an extremely tight budget constraint.

The 80/100 tyres the SP 125 rides on are a clear indicator of where the bike’s priorities lie - it’s fuel-efficiency over handling here. This becomes quite evident when you lean the motorcycle over. That said, it will still carry more speed around a corner than any of its typical buyers will ever need. 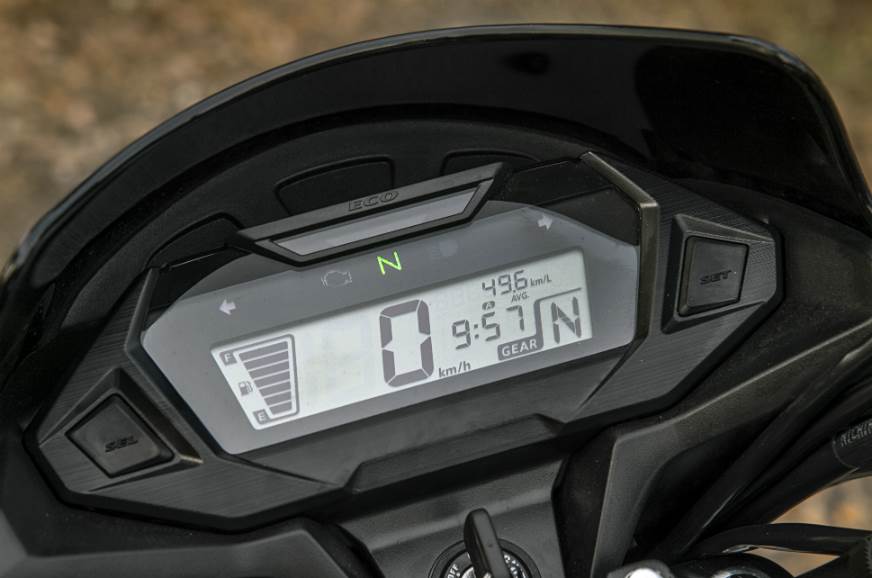 Like I said before, Honda has used this opportunity to address all of the bike’s shortcomings. The features list on the SP 125 has got a proper overhaul over the rather bare-bones Shine SP. Like the BS6 Activa 125, this one gets Honda’s silent start system and an LED headlight. But that’s not all, the new fully-digital instrument cluster also displays a host of information, including real-time fuel-efficiency, distance-to-empty, and service-due and gear-position indicator. While it might not seem like much, these features add a lot to the convenience and comfort on a motorcycle that’ll most probably be the buyer’s workhorse. 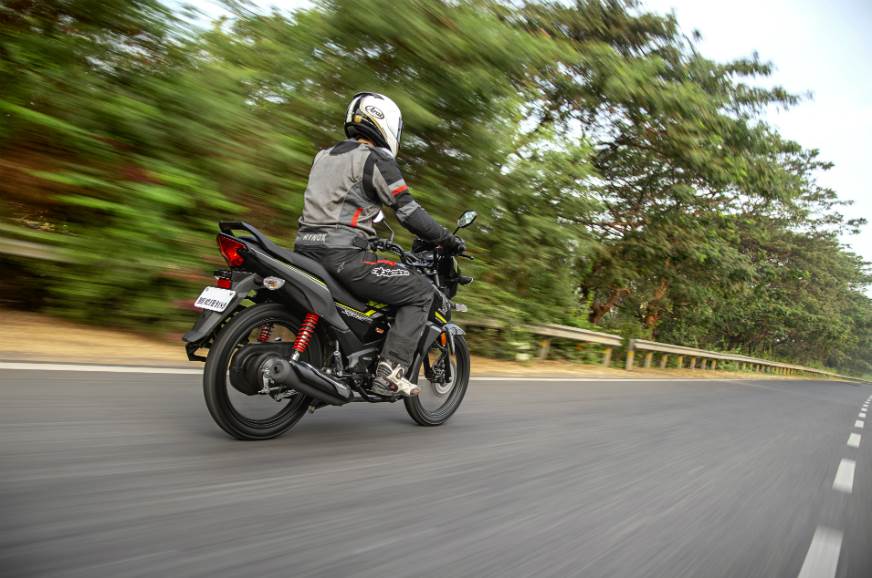 What Honda has done with the SP 125 is quite smart. The revised motor added features and small but significant styling tweaks prove that the SP 125 is more than just a BS6 update. It costs Rs 72,900 (drum brake-equipped variant) and Rs 77,100 (disc brake-equipped version), which is around Rs 8,000 more than the older BS4 Shine SP. However, that’s not unreasonable, considering that all other products transitioning to BS6 seem to be going up by similar amounts.

At present, it wouldn’t be fair to compare it to only other 5-speed 125 in India, like the Pulsar 125 Neon (Rs 66,618) which is still a BS4 model. Stay tuned to Autocar India for the comparison as soon as Bajaj makes the switch.