Industrial designer Maxime Lefebvre, who came up with the Yamaha XT 500 H2O Edition, says this is what motorcycles will look like in 2025. 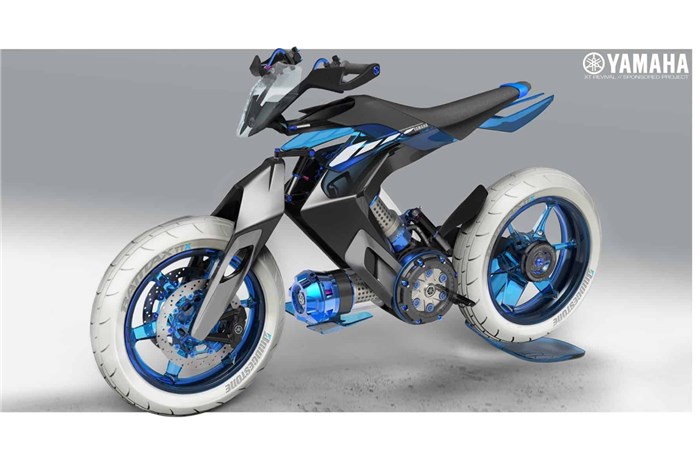 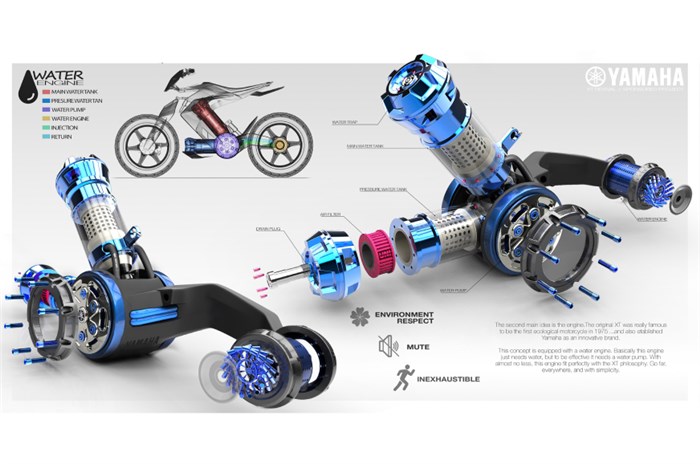 What you see in the image above is one of the most radical motorcycle concepts we’ve seen in recent times. Yamaha commissioned industrial designer Maxime Lefebvre to come up with the Yamaha XT 500 H2O Edition – and as the name suggests, the bike is powered by just water!

The project began in 2016, when Maxime shared the first sketches of the bike with the Yamaha Design Team, starting with the development of the engine, frame and fairing design. This final concept is supposedly the third iteration of the idea.

The XT 500 H2O Edition concept is a rebirth of the iconic Yamaha XT500. The original XT500, powered by a 499cc, petrol-powered, four-stroke, single-cylinder engine, was sold between 1975 and 1981 as an enduro-adventure motorcycle.

On the other hand, this Yamaha XT 500 H2O Edition is a glimpse of what motorcycles could look like five years from now. The concept is powered by a ‘water’ engine, comprising of a water pump that cycles water through it. The design renderings also show that the engine isn’t the only aspect of this concept that’s quite unconventional.

At the moment, there is no information on whether Yamaha will, in fact, consider bridging this into production. Even if it does, it’s likely it’s going to take longer than the current 2025 timeline.