Updated MV Agusta F3 800 will get new features to bring it at par with other supersport motorcycles. 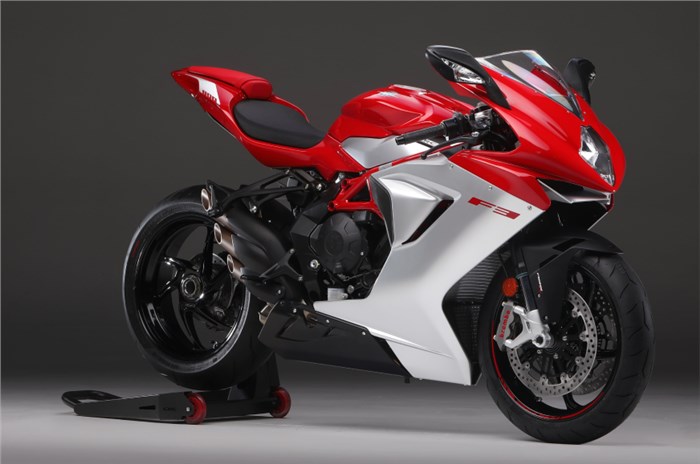 MV Agusta is developing a heavily updated F3 800, the company’s CEO, Timur Sardarov, confirmed in a video posted on the brand’s official social media handle. While he did not reveal more details, he said the bike is expected to be introduced in 2021. The MV Agusta F3 800 has been around for a few years and it has begun to show its age, especially in terms of finish levels and equipment, compared to other supersport motorcycles. The updated F3 is expected to iron out these little issues.

As far as the styling is concerned, the MV Agusta F3 is undeniably one of the most beautiful motorcycles on sale and we don’t expect the company to radically alter the design. It could get new colours, decals and a special RC version in the future, and we also hope MV also uses this opportunity to replace the poor quality switchgear that looks completely out of place on the current motorcycle. In keeping with today’s times, expect the company to also fit a full-colour TFT instrument cluster with Bluetooth connectivity.

The current motorcycle is powered by a 798cc, three-cylinder engine that develops 148hp at 13,000rpm and 88Nm of peak torque at 10,600rpm. This engine is one of the biggest highlights of the F3 and it'll be interesting to see if it retains its character while complying with the new emission standards.

The CEO also confirmed that the upgraded F3 will get a brand-new set of electronics. This possibly means an IMU-based system with multiple traction control, ride modes and cornering ABS. Given MV Agusta's track record with electronics, we expect as good a system as on the current motorcycle, including the delightful quickshifter that's a joy to use.

While it is too early to comment about the price, expect the new F3 800 to sport a higher price than the current motorcycle's Rs 18 lakh (ex-showroom) price tag.

In other news, MV Agusta is scouting for a new partner in India after severing its ties with Motoroyale for "misinterpretation of the contract" and because they didn't represent the company as desired, says Sardarov. This only means that potential customers will have to wait for a bit longer to get their hands on an MV Agusta.