Sources confirm development of the 300cc engine platform; liquid-cooled, fuel injected motor is scalable and may be used by BSA, too. 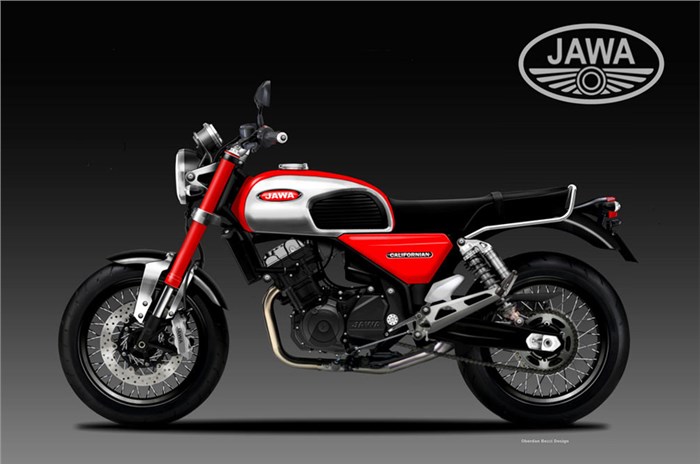 Computer generated image by Oberdan Bezzi Design; Does not necessarily hint at what the upcoming Jawa motorcycles built by Mahindra could look like. 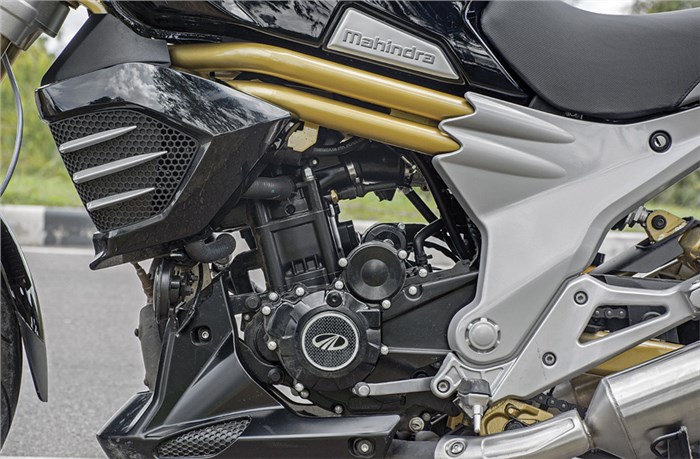 Mahindra & Mahindra’s (M&M) premium motorcycle venture – Classic Legends – appears to be quietly developing new models under its Jawa and BSA brands. Our sister publication, Autocar Professional, has learned that several future motorcycle models that are under development and will be positioned under the Jawa brand, powered by the existing 300cc engine platform that currently powers the Mahindra Mojo.

At least five different sources have confirmed the development to this publication. Meanwhile, M&M has not responded to an email query from Autocar Professional on the matter.

Why the Mojo motor?
Sources indicate that the Mojo’s single-cylinder 300cc, liquid-cooled and fuel-injected motor is scalable and can be used as per the model profiling of the upcoming classic motorcycles under the Jawa brand (and potentially under BSA, too). Since Jawa’s popular historic models have been 250s and 350s, a scaled-down or scaled-up version (by 50cc) of this motor would help keep with the brand’s heritage. A 350cc motor would, of course, also help Mahindra take the fight to Royal Enfield’s doorstep, since all of the latter’s popular motorcycles belong to that displacement category. That being said, sticking with the 300cc layout will help in terms of costs and a faster project turnaround time. It will be interesting to see the strategy Mahindra adopts.

Speaking to Autocar Professional under the condition of anonymity, a reliable source aware of the internal developments at Mahindra’s two-wheeler division revealed, "The single-cylinder, 300cc engine platform remains largely unutilised as the response to the Mojo – which did sell initially among the biking enthusiasts when it was first launched in late 2015 – dried down too quickly. You don’t invest in designing and developing new engines every year. That’s a huge cost and it takes years to recover the same. However, each engine is built on a platform, which typically is scalable. The engine displacements can be defined based on the market research and opportunity. This varies for each company, unless some of them forecast demand for a specific category. Mahindra’s two-wheeler division is doing the same. They plan to deploy this 300cc engine platform to power the future line up of motorcycles under its Jawa brand. This will surely save them precious resources (money and development time) and therefore can have a faster time-to-market approach."

Cost-effectiveness will be key
Mahindra has also recently rolled out a second, stripped-down and more affordable variant named the Mojo UT 300. This bike uses a detuned version of the motor that replaces fuel injection with a carburettor. Whether Mahindra intends to use this version of the engine remains to be seen, considering how it wants to position the Jawa brand. The looming BS-VI emission norms due in 2020 will also have an effect on this decision.

Interestingly, this may have some effect on the future BSA models, as well. Another source – while elaborating on the dynamics of the premium motorcycle business – disclosed, "The strategy is bang-on with their original plan of targeting only the premium two-wheeler categories. The revival of the Jawa brand will be on the back of the classic-looking motorcycles powered by single-cylinder engines with displacement of about 300cc. This means that they will be affordable, too, for motorcyclists across the country. The plan of sticking to the premium categories is unlikely to put Mahindra under pressure to garner volumes in the domestic market. They may use this (engine/engine parts) for the models under BSA, too."

It can be recalled that Mahindra’s October 2016 press announcement had clearly indicated that while, on one hand, PMTC, BSA and Jawa will have no visible M&M connection on the front-end, the development of new motorcycles branded under Jawa will synergise with the Mahindra’s two-wheeler division and its Pune-based R&D and Pithampur-based manufacturing capabilities.

What to expect
The top management then was looking at a two-year window for the first Jawa model to hit the domestic market. If its plans are still moving in the same time frame, then end-2018 (or perhaps an international motor show like EICMA) could be a possible showcase platform for the revival of the classic Jawa branded motorcycles. Even if that’s not the case, we’re confident we’ll be hearing more of this project, by then.

Nevertheless, the go-to-market strategy and the launch timeline for Jawa remain undisclosed at the moment.

Our experience with the Mojo engine reveals that it is one of the nicest aspects of the motorcycle. The motor is a strong performer that’s smooth but has strong character, with a rather enjoyable beat. Performance is energetic and the engine is torquey but doesn’t need to rev very high. Considering that the Jawas themselves were fun and sporty machines back in the day (they were often used for rallying) the Mojo engine might actually be quite a pleasant fit to a future modern classic motorcycle. It also proved to be quite reliable in our experience, with no major issues – which will certainly be another plus point.

Old hand Ashish Joshi driving Mahindra’s Classic Legends
Ashish Joshi – who was last seen and recognized in India as the face of Triumph Motorcycles when the British brand was first introduced in India during the 2012 Auto Expo – appears to be now driving Mahindra’s global premium motorcycle venture, Classic Legends. The venture had acquired BSA, including all its global brand rights, and had signed an exclusive brand license agreement with Jawa for India and nearby Asian markets.

Joshi, an old hand in the motorcycle business, has previously served Triumph Motorcycles and Royal Enfield in the UK, is learnt to be putting his team together along with overseeing the ongoing development work under Classic Legends. It appears that he has been with Classic Legends for at least 15-17 months now. The team involved and the operational advancements at the core of Classic Legends are tightly guarded as M&M moves slow and steady, this time, with an aim to achieve a reasonable foothold in the desired markets.

"It is absolutely critical to get the team right to make a motorcycle business successful. Ashish Joshi is a veteran in the motorcycle industry and understands how brands work. He is overlooking Classic Legends, which will have motorcycles with modern mechanicals and retro positioning. BSA is scheduled for launch in the European territories in 2019," another source told this publication, on a confidential note.

Mahindra’s intent is clear. It aims to participate in the growing demand for the retro-classic and mid-capacity motorcycles globally. Recently, Anand Mahindra, chairman, M&M had introduced the first look of his website for the Jawa brand (www.jawa-moto.com), via his twitter handle.