The cruiser from UML will get the latest safety features like disc brakes equipped with ABS. 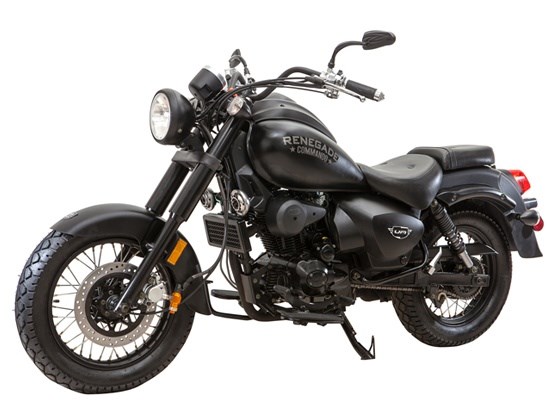 UML, the joint venture between the American company UM Motorcycles and India’s Lohia Auto Industries, has officially confirmed that it will launch a new 400cc cruiser motorcycle for the Indian marketin the second quarter of this year. This motorcycle will get the latest safety features such as disc brakes equipped with ABS technology.

The cruiser bike for the Indian market is developed almost from scratch, with a couple of models to be launched initially and a new model to be added to its portfolio every six months. The 400cc engine will also be exported to its overseas sites. However, India will slowly bedeveloped as a hub to manufacture higher-displacement engines. The company does not plan to go beyond the 500cc range of motorcycles in India.

UML also recently mentioned its plan to open dealerships in the western and southern regions in India. In the near-term, UML plans to appoint 75 dealers across 50 cities in India by July 2015.

The JV’s commitment to make investments worth Rs 120 crore over a definite period seems to have taken shape too, as their strategy unfolds. For the time being, UML plans to use Lohia Auto’s current facility located at Kashipur, Uttarakhand for local operations.