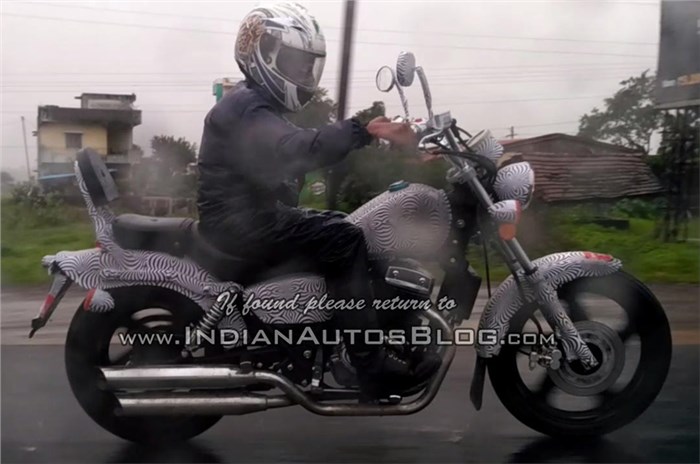 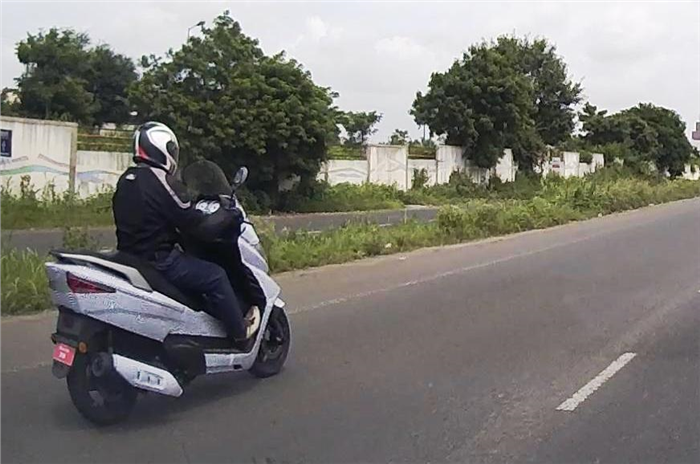 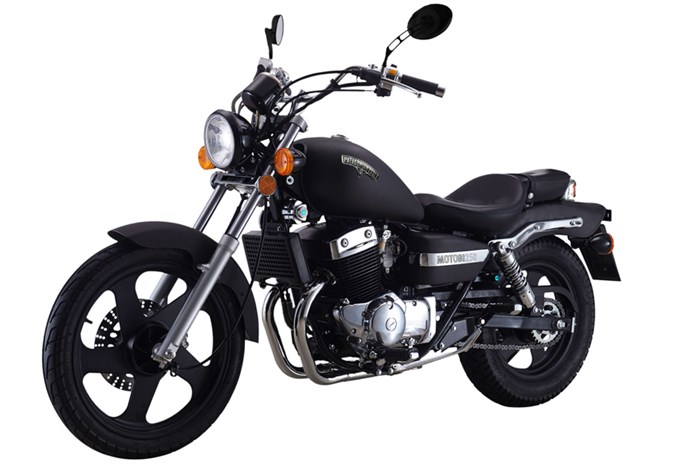 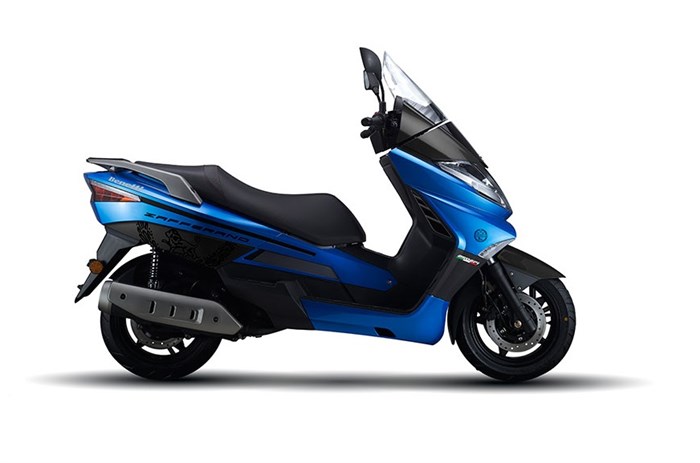 Hot on the heels of the launch of DSK Benelli’s small-capacity sports bike, the 302R, it seems the company is planning to bring in two new bikes into the country. The first of these is a maxi-scooter which, even with its camouflage, bears the distinct shape of the Zafferano 250, while the other one is a small-capacity cruiser – the MotoBi-250 Patagonian Eagle. At the 302R’s launch event, Shirish Kulkarni, chairman DSK Motowheels, had commented that they would be launching two more bikes in 2017, and it’s a good bet that it will be these two.

Last year, we had got exclusive spy shots of another maxi-scooter being tested in India by DSK Benelli – the KSR Moto Zion 150, which is badged in Indonesia as the Benelli Caffenero 150 (Read that story here). Unfortunately, plans to launch that bike never came to fruition. But the sight of the Benelli Zafferano being tested here as well makes us hopeful regarding the company’s scooter plans for India. The Zafferano is a European-looking (although we suspect its origins are actually Oriental) maxi-scooter that the Italian two-wheeler brand sells in Indonesia. It is powered by a 249.7cc, single-cylinder short-stroke motor that makes 21hp of power and 20.83Nm of torque, which puts it almost at par with the Yamaha FZ25. Drive is sent through a variomatic gearbox that’s standard scooter fare and the whole bike weighs 155kg (although Benelli doesn’t specify whether that’s kerb or dry weight).

The Zafferano has a massive 1,488mm wheelbase (by comparison, the Bajaj Avenger 220 has a wheelbase of 1490mm) and rides on 14-inch wheels at both ends, with chunky 120/70 and 140/60 sized tyres at the front and rear, respectively. It also gets telescopic forks at the front with a single adjustable shock absorber at the back. It gets a disc brake setup at both ends, with the front sporting dual rotors. The fuel tank capacity at 12-litres is quite high as compared to other scooters you get in India.

This scooter features a twin-pod instrument cluster with an analogue speedometer and tachometer, along with a multi-function LCD display. The Zafferano’s underseat storage seems big enough to accommodate two half-face helmets. Aprilia has already proven that there is a market for enthusiast scooters in India. However, the Zafferano 250 costs approximately INR 2.18 lakh (IDR 45,550,000) in Indonesia and DSK Benelli will have to manufacture this scooter locally to keep its price within reasonable limits for the Indian market.

The Motobi name carries quite a heritage in the motorcycle world. Founded back in 1949 by Giuseppe Benelli, one of the founders of Benelli after parting ways with his kin, Motobi was brought back into the family in 1963. Now however, the rather imaginatively named MotoBi-250 Patagonian Eagle is another example of an oriental motorcycle badged as an Italian and sold in Indonesia.

The Patagonian Eagle is powered by a carburetted 251.8cc, two-valve/cylinder, parallel-twin motor which seems to sport air-cooling fins along with a small radiator, and claims to be liquid-cooled. Power output is a measly 17.67hp with max torque rated at 16.5Nm, sent to the rear wheel through a five-speed transmission. To put those figures into perspective, the Hyosung Aquila 250’s similar capacity V-twin engine makes 26.57hp and 21.37Nm.

It’s 1,460mm wheelbase is significantly shorter than that of a Bajaj Avenger 220 (1,490mm) and it tips the scales at 145kg (not specified whether kerb or dry weight). It runs conventional telescopic forks at the front with twin-shocks at the back, and gets a front disc/rear drum braking setup. If launched in India, it will go up against the likes of the Bajaj Avenger 220 and the Hyosung Aquila 250. However, DSK Benelli will have to price it at a really affordable point as it really doesn’t match up in terms of performance to these two.