Sub-500cc Norton in the works for India

It will be the most-affordable Norton bike; specifically developed for Indian and Asian markets only. 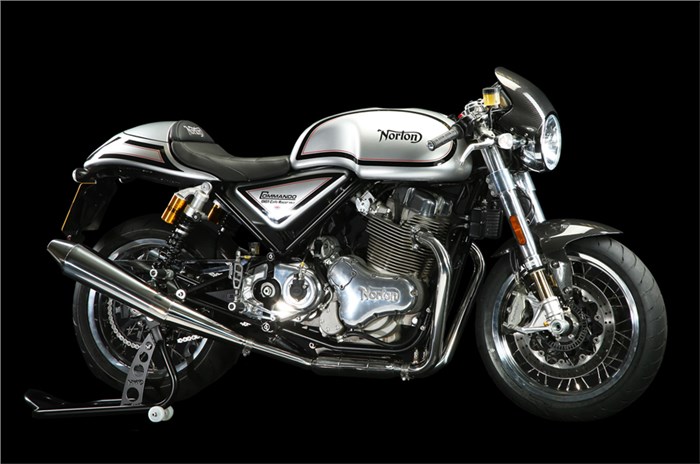 Norton Motorcycles, the legendary UK-based manufacturer, and the Kinetic Group (they had signed a joint venture agreement in 2017 to create Kinetic Norton) are developing a midsize motorcycle especially for our market.

The motorcycle could be called the Commando Cub and it will be the most affordable modern era Norton to date. Kinetic Group’s MD, Ajinkya Firodia, said that the bike will be completely made in India and it will be “very attractively priced”. This is a relative term, and keeping with Norton's premium image, we don't expect Royal Enfield levels of pricing. The bike is being developed for the Indian and Asian markets only and is expected to be launched in 2021.

In India, it will retail through Kinetic’s multi-brand showroom, Motoroyale. The company plans to ramp up its presence by the time the bike arrives, having just opened its seventh dealership in Navi Mumbai. The plan is to have ten outlets operational by the end of 2019. The intended number of showrooms for this year was even higher, but the economic slowdown we're currently facing has hit the premium bike space particularly hard.

Speaking of the engine, the Kinetic Group is tight-lipped about the details on the one we’ll see on the Commando Cub. However, we have been told that it will sport an engine between 300-500cc. We believe it will sit very close to the 500cc mark as this will position it neatly under the Norton Atlas, while still being a premium offering. Today, the only other premium offering in that segment is the Benelli Leoncino 500, so Norton will be entering a relatively unoccupied space with the Commando Cub. Of course, where the upcoming Bajaj-built Triumph will slot in also remains to be seen, because that bike should be a reality by the time the baby Norton breaks cover.

The Kinetic Group expects this new bike to be a big ticket item for Motoroyale, which currently only retails very expensive/niche products. The company expects to sell 25,000 units of the Norton Commando Cub, annually, in India and Asia.

Before the Norton Commando Cub arrives – if that ends up being its name – the Kinetic Group will be launching the new Norton 650 Atlas in India. This is a brand new product for the company that hasn't been launched in the overseas markets yet. This bike will be localised to about 50 percent, with the frame, silencer, swingarm, plastic parts and wheels being made in India, while the engine, fuel tank, lamps and electricals will be sourced from England. The bike will be fully assembled here and sold in markets in Asia as well. This will make the motorcycle quite affordable with a sub-Rs 10 lakh ex-showroom price tag. It is expected to go on sale in March 2020.