The Rorr has a claimed top speed of 100kph and real-world range of 150km in Eco mode. 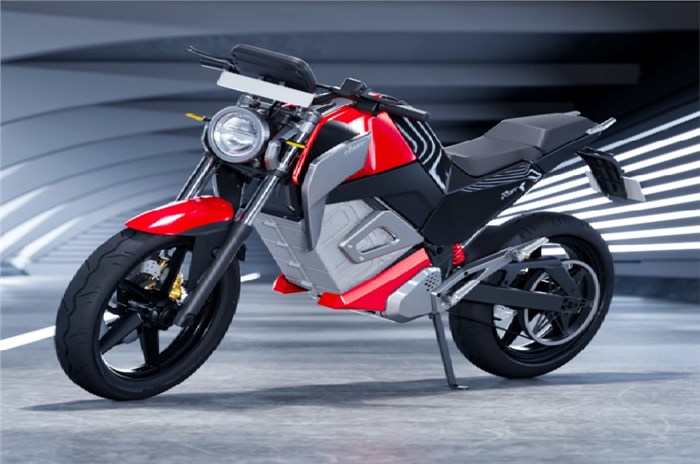 Bengaluru-based start-up Oben Electric has launched its debut product, the Rorr electric motorcycle, at Rs 1.25 lakh (ex-showroom, India, after FAME-II subsidy). Depending on where you live, state subsidies can bring the ex-showroom price down to as low as Rs 99,999.

The Rorr promises to be one of the sportiest electric motorcycles currently available in India, with a permanent magnet motor that produces 10kW peak output and 4kW continuous output. There is no gearbox, and drive goes to the rear wheel via a belt drive system with a single-stage reduction. Torque at the rear wheel is 62Nm.

Oben claims this is good enough for a 100kph top speed and 0-40kph in 3.0sec, which is becoming something of a standard baseline for high-performance electric two-wheelers. This is the sort of acceleration that Ola claims for its S1 Pro and also close to what the Ather 450X delivers in Warp mode in the real world, as per our VBox.

The motor gets its juice from a 4.4kWh fixed battery pack. This is an LFP (lithium-iron-phosphate) battery, which is a relatively newer and more advanced battery chemistry compared to the lithium-ion batteries that are prevalent today. One big advantage of this technology is quicker charging times, and Oben claims an impressive two hours from empty to full. But it's worth noting that this is using a 15A power socket. The company says it will install a 15A socket at your residence at no extra cost, if you buy the motorcycle.

The Rorr gets three riding modes, Eco, City and Havoc, where top speed is capped at 50kph, 70kph and 100kph, respectively. Claimed real-world range in these modes is 150km, 120km and 100km, respectively. If these numbers turn out to be accurate, it should make the Rorr more than usable in the real world.

You also get the now mainstream 'smart' and 'connected' features that most electric two-wheelers come with, including Bluetooth connectivity and a companion app.

Underpinnings consist of a trellis frame that envelopes the battery pack, suspended on a telescopic fork and monoshock. The Rorr rolls on 17-inch wheels and gets disc brakes at both ends.

Are you intrigued by what the new Oben Rorr offers? Tell us in the comments below.