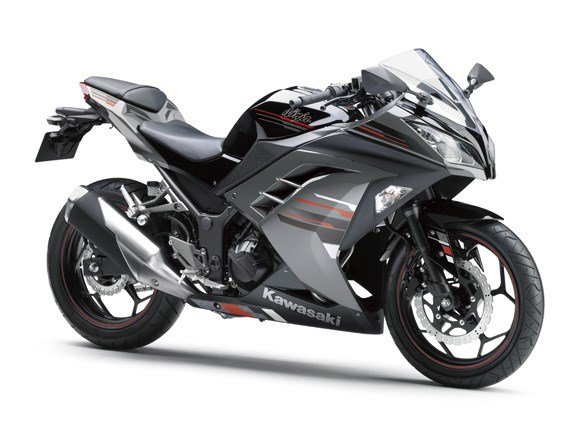 Japanese giant Kawasaki has unveiled its entry level sportbike, the Ninja 250R. Early images reveal the baby Ninja has been given a more dynamic character thanks to revised bodywork with sharper edges, larger air-ducts and clear lens turn indicators housed in an extensively reworked fairing. The 2013 model 250R comes with a two-pod instrument console, housing an analogue tachometer, digital speedometer with trip facility apart from the regulars. The 2013 model comes with an earlier missed pass light switch. The new bike comes with a sharply chiselled tail section.

According to Kawasaki Japan, the 2013 model deploys a heavily revised four-stroke, parallel-twin engine with new generation cylinders, pistons and crank cases. Though the new model’s performance remains under wraps at the moment, one can safely expect this will have improved. The company has strengthened the new motorcycle’s frame and has worked to reduce vibe levels. There’s also new suspension and tyres. The non-ABS version of the latest baby Ninja weighs 172kg, while the ABS bike weighs 2kg more. The new quarter-litre Ninja will be offered in green, black, red, white as basic colour options.

Expect the 2013 Ninja 250R to ride into India some months from now.