A telescopic fork, digital instrument cluster and a BS6-compliant engine are just some of the highlights of the heavily updated scooter. 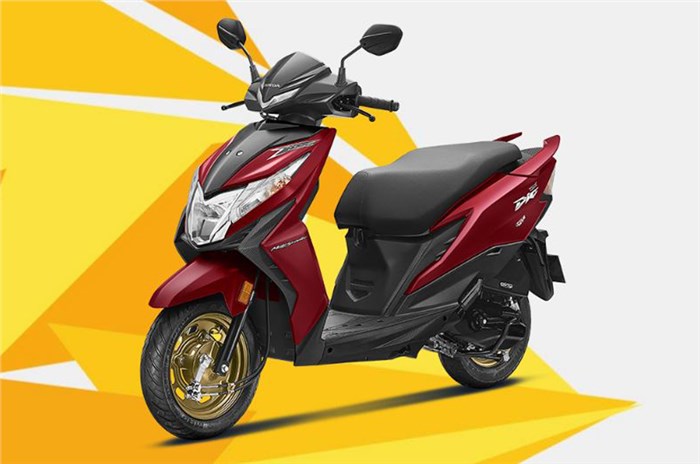 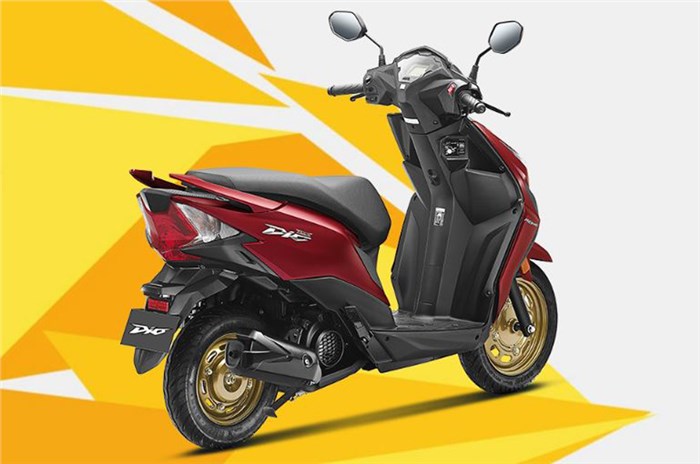 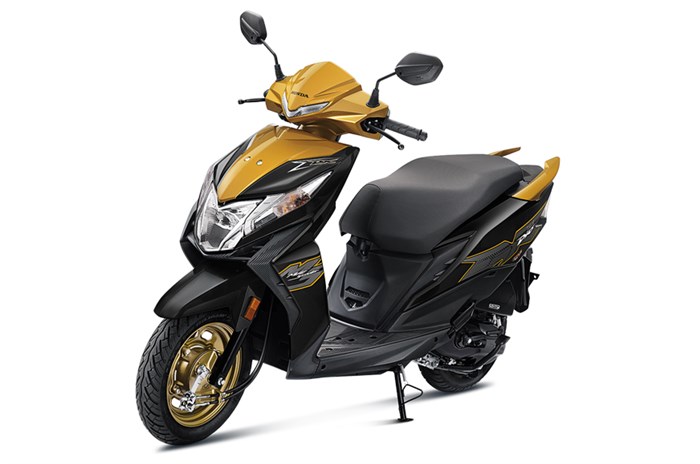 Honda has always targeted the younger demographic with its 110cc Dio, and the new one has taken a step ahead when it comes to design. Unlike the Activa 6G, every single panel on the new Dio has received a redesign. The front end has an aggressively styled headlight and sharp faux vents on both sides, and even the front mudguard has become smaller and sharper. The faux vent theme continues on the side panels, which themselves are now raked upwards towards the tail, similar to what we’ve seen on the Grazia. Its large tail-light is similar to the Grazia as well.

Honda has always offered the Dio in bright colour schemes and the new one is no different. Like the design, this has taken a step ahead as well, with the Deluxe variant getting gold-coloured wheels. The exhaust also gets a new shape, with an extravagant heat shield design that goes with the rest of the extroverted design.

The new Dio is powered by the same BS6 109.51cc, single-cylinder engine that made its debut on the Activa 6G. However, it is tuned slightly differently on the Dio, with small differences in the power figures – it makes 7.76hp at 8,000rpm and 9Nm of torque at 4,750rpm, compared to the Activa’s 7.79hp at 8,000rpm and 8.79Nm of torque at 5,250rpm. The bore, stroke and compression ratio remain identical to the Activa 6G. When compared to the BS4-compliant Dio, the new one makes 0.16hp less, but 0.9Nm of peak torque more. The horsepower figure comes 1,000rpm more, while peak torque is produced 750rpm less on the 2020 Dio.

The new Dio is longer, wider and taller than the outgoing model, partly because it sits on a new chassis that debuted on the Activa 125 and 6G. This new frame brings about a 22mm increase in wheelbase, which should improve the scooter’s stability. The kerb weight, at 107kg, is 3kg more than the BS4 Dio, but it’s on par with the Activa 6G. For 2020, the scooter also finally gets a telescopic fork and a 12-inch wheel up front, just like the Activa 6G.

Keeping with the rest of Honda’s new BS6 range, the 2020 Dio comes with a raft of new features. It comes equipped with Honda’s silent-start system, a fully-digital instrument cluster and an optional side-stand-down engine inhibitor. The new instrument cluster displays range, average fuel efficiency, real-time efficiency, and also includes a service-due indicator. This digital instrument cluster is only available on the Deluxe variant, the Standard model makes do with an analogue gauge. The pass-light switch and external fuel-filler cap, which can be opened via a switch near the keyhole, are a few other features that have made their way onto the scooter from the Activa 6G.

The 2020 BS6 Honda Dio is available in two variants – Standard (Rs 59,990) and the Deluxe (Rs 63,340). The Standard misses out on the LED headlight and uses a halogen-bulb powered unit instead, it gets an analogue gauge instead of the aforementioned digital console and it also uses black-coloured wheels, instead of the gold-coloured ones seen on the Deluxe. These prices mean the Dio sees a hike of around Rs 7,000 over the outgoing BS4 model. The scooter has no direct competitor as most other sporty-looking scooters are 125cc offerings. That said, TVS’ BS6 Jupiter Classic is priced at Rs 67,911, making this quite a bit more affordable.