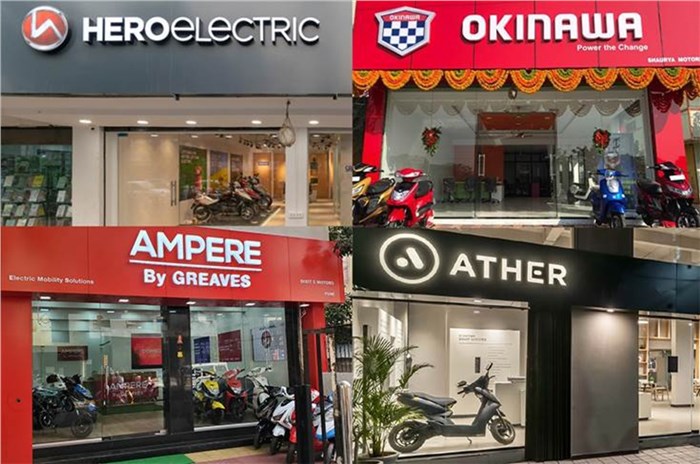 An analysis by our sister publication Autocar Professional of the 11 leading electric two-wheeler makers in India reveals that more units were sold in the first six months of 2021 than in all of 2020.

Like the rest of the auto industry, the high-speed electric two-wheeler industry in India struggled through all of 2020 and clocked sales of around 25,598 units (-5.97 percent YoY) in the pandemic-impacted year. However, since then this segment has started to emerge stronger, and despite the second wave of Covid-19 weighing heavy on the automotive industry,29,288 units were sold in the first six months of 2021.

In terms of company-wise sales, Hero Electric has sold around 11,432 units since the start of the year till July 7, clocking 41 percent year-on-year growth over CY2020 and translating into an average of 1,633 units a month. Hero was the market leader in CY2020 with sales of 8,111 units.

Next in line is Okinawa Autotech with 5,903 units (average monthly sales of 843 units), followed by Ampere Vehicles with 3,899 units (average 557 units a month). These three manufacturerscontinue to occupy 70 percent of the market amongst themselves.

Hero Electric was one of the earliest companies to bet on the potential of electric two-wheelers and has, over the past few years, been invested in developing a strong network of over 600 dealers – by far the largest of any EV brand in India. It has also invested in a new production plant in Ludhiana, with a capacity of 1,00,000 units per-annum.

Interestingly, Bengaluru-based Ather Energy, which is also on a network expansion spree of its own, has recently set up a new plant in Hosur. It has already surpassed its CY2020 sales by almost 26 percent in the first six months of CY2021 alone. The start-up has reportedly sold around 3,758 units this year,compared to 2,972 e-scooters in 2020 and 2,290 units in 2019.

The future is looking as good as the present for the electric two-wheeler industry. The recent revision of the FAME II subsidy scheme, ever-rising prices of petrol, and states such as Gujarat and Delhi announcing strong support to electric two-wheelers, the scope and potential for these emission-free vehicles on two wheels is tremendous.

Understandably, EV makers are bullish about growth this year and beyond. While Hero Electric's managing director,Naveen Munjal, says EV sales are expected to hit the 30-million mark by 2030, Ather Energy’s CEO Tarun Mehta believes around 40 percent of petrol-engined scooter sales can be converted to electric scooters by 2025. And Ola Electric is all set to roll out its much-awaited scooter soon.