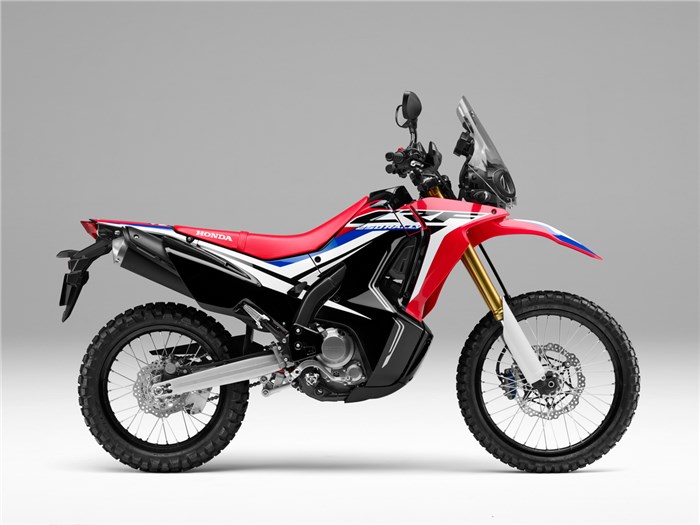 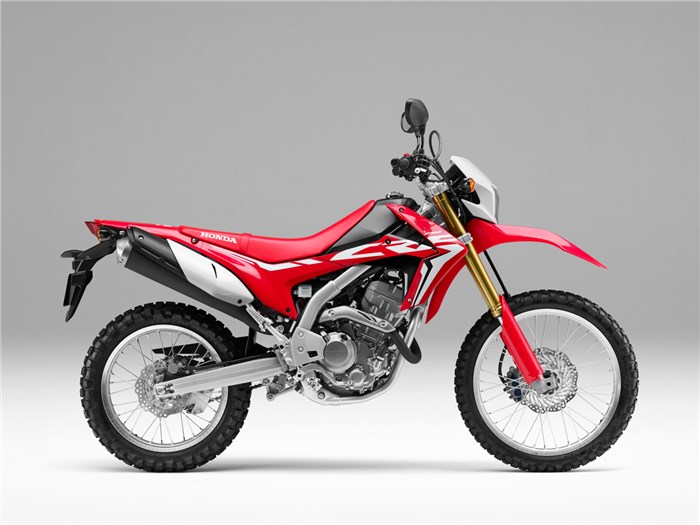 Off-road enthusiasts have another reason to cheer as Honda reveals its updated CRF250L for 2017, as well as the exciting CRF250L Rally.

With substantial updates to Honda's dual-sport offering to get it up to Euro-IV emission norms, the CRF250L also gets styling similar to its CRF450 R sibling. This extremely versatile platform has been used to create the CRF250L Rally; a stunning looking small-displacement, adventure sport motorcycle that appears ripe with Honda's Dakar heritage.

The CRF250L now looks even more similar to its larger 450cc sibling, thanks to new bodywork giving it a sharper, slimmed-down look. The steel frame and long travel Showa suspension, however, remain unchanged. It gets a new digital dash with a tachometer as well as a fuel gauge and a switchable ABS which comes as standard.

The 249cc single-cylinder, liquid-cooled engine now boasts of more bottom-end torque and peak power thanks to revisions to the PGM-FI, throttle body, airbox and exhaust. The engine is now claimed to churn out 24.73hp of peak power at 8500rpm, with peak torque of 22.6Nm at 6750rpm.

The 7.8-litre fuel tank may sound tiny, but Honda claims this is a very frugal engine. Overall, the CRF250L is a practical and versatile machine that is capable of commuting, touring and off-roading. We can only hope that Honda sees things the same way and gets this motorcycle to India.

One of the most fun things you could own in real life is a rally-ready motorcycle that is a replica of the real racing version. The CRF250L Rally is exactly that. It draws inspiration from the HRC CRF450 Rally Dakar Racer, while it shares its engine with the CRF250L. The CRF250L Rally is ready for weekend rides, long-distance touring or the daily commute; and let's not forget the true enthusiasts who would probably enter it in an actual rally or two.

While most of the bike is identical to the CRF250L, the Rally gets a larger 10.1-litre fuel tank giving it a longer range. It features styling that includes a floating fairing and shrouds, as well as a funky asymmetrical headlight set-up. Extra long travel suspension and high ground clearance will enhance its long-distance off-road ability. The CRF250L’s fork is replaced with a 43mm Showa one, which has longer travel and rally-tweaked settings. The Rally version will also have black Alumite aluminium rims, which will have a 21-inch front and 18-inch rear combination.

The Rally version's front-end also gets a larger front disc and a bash-plate. The gear lever comes equipped with a folding tip to give it a little more chance of surviving falls. Whatever the case may be, this is another motorcycle from Honda's stables that will absolutely gobble up our Indian terrain. And yet again, we can only hope Honda sees some potential in introducing it to India.