Honda mini-Monkey in the works

Patent drawings suggest the smaller Monkey will be powered by a scooter engine likely to be from an existing model. 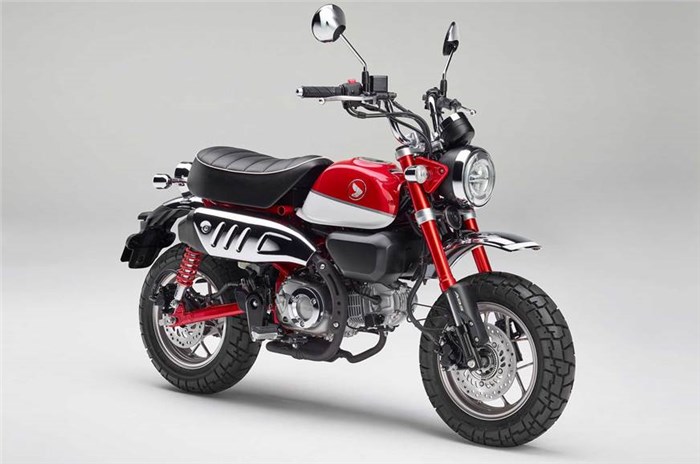 Honda has filed a patent for what possibly looks like a smaller version of the Monkey, its popular mini-bike. The new mini-Monkey, as is apparent from the line drawing you see here, suggests that it is smaller than the Monkey 125 - the modern-day version of the iconic 1960's Honda Monkey.

The mini-Monkey has a new frame with a tiny fuel tank attached to the top tube, while the handlebar is positioned closer to the rider. The wheelbase, too, is considerably shorter than that of the Monkey 125, which should make it a super-flickable two-wheeler.

The most obvious difference, however, is the location of the engine and transmission. Unlike the Monkey 125's unit construction engine and manual gearbox, the mini-Monkey has a scooter-type engine and transmission, like on a Honda Activa. This suggests that the mini-Monkey could be powered by one among Honda's vast range of scooter engines, most likely a 110cc or 125cc unit. The company is likely to opt for this route to keep costs in check, and, in turn, price the little bike quite competitively. 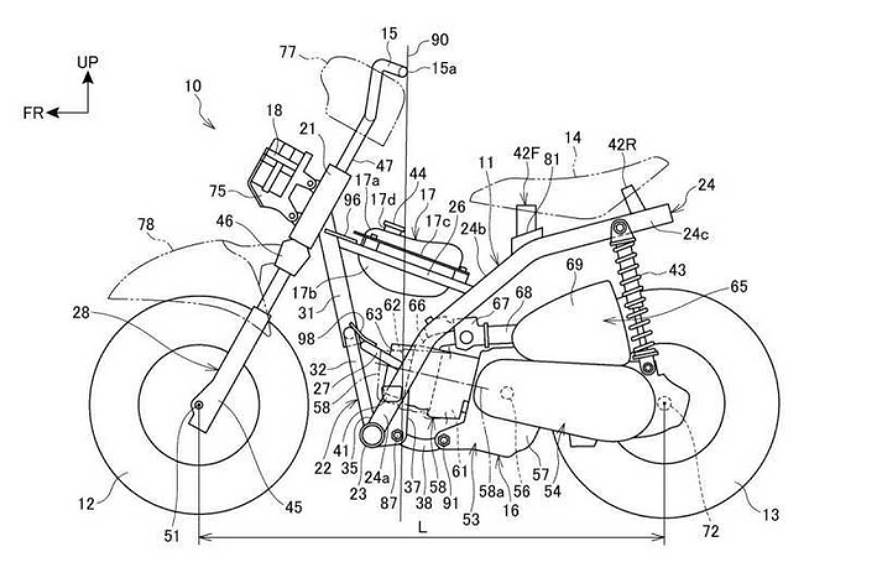 This isn't the first time that Honda has used a scooter engine to develop a mini-bike. The Honda Navi, which was also on sale in India, was based on the Activa and shared the engine as well.

While that's all that we can infer from the patent drawings so far, the new mini-Monkey surely looks like a fun little option for the masses. It may not be as practical as a scooter but if Honda manages to endow it with a similar character as that of the Monkey 125, there could be a lot of takers.

Products like the Monkey and the upcoming  mini-Monkey occupy a specific niche in the market, and as appealing as they may be, they aren't entirely practical for the typical Indian buyer. Hence, the chances of these models making it to India are bleak.

Honda is developing active aerodynamics for next generation superbikes

Honda Rebel 1100 cruiser in the works

Honda to replace Aviator with a new product