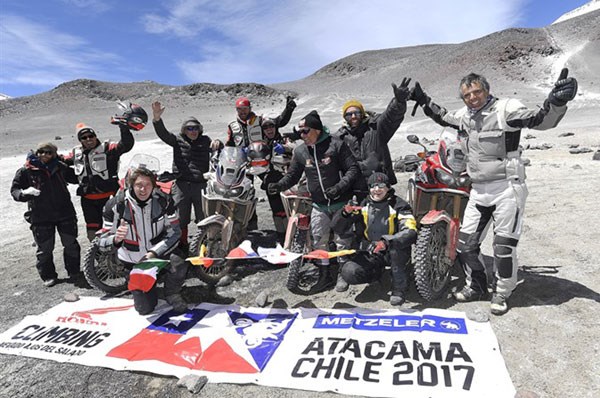 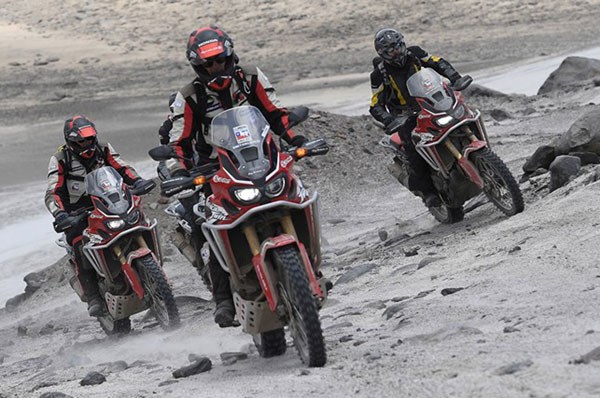 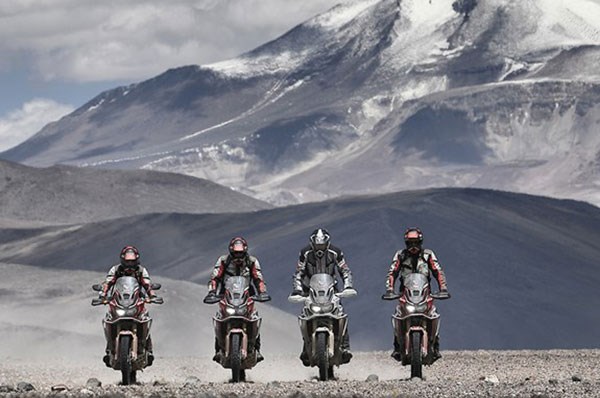 Testing motorcycle tyres is always a serious business, but it’s rare to see a bike and tyre maker set three world records in the process of what one usually assumes to be a dreary activity. However, that’s exactly what Honda and Metzeler achieved during extreme trials of the new MC 360 off-road tyre on the Africa Twin and the CRF450X. These records were set in Chile at the Nevado Ojos del Salado volcano, which, at 6,891 metres above sea level, is considered to be the world’s highest volcano. The three records which the companies set were:

The record setting team comprised five riders which included enduro champion Fabio Mossini, Honda’s racing communications head Carlo Fiorani and Metzeler’s chief tester Salvo Pennisi, along with a pair of journalists, Francesco Catanese and Karsten Schwers. The objective of the exercise was to assess the new tyres’ performance in the most extreme of conditions which saw temperatures peak at over 40deg C in the Copiapo Desert and drop down to -15deg C in the Andes mountains. And when you factor in that these records required the riders to reach the incredible altitudes in 24 hours without the support of oxygen, it really puts the human achievement into perspective.

The first record was a team effort with Catanese, Mossini and Schwers astride the Honda Africa Twin along with Pennisi alternating between the Africa Twin and the CRF450RX, reaching 5,900 metres after starting from sea level in just 22 hours and 30 minutes. Mossini was the one who set the second record individually taking his Africa Twin to 5,960 metres above sea level, making it the highest altitude climbed by a twin-cylinder motorcycle. The third record was possibly the toughest one where Pennisi managed to take the CRF450RX to an astounding 5,977 metres above sea level in 22 hours and 40 minutes, which became the highest level ever reached by any motorcycle.