The most prominent changes to the bike will be a larger fuel tank, revised bodywork and a new seat. 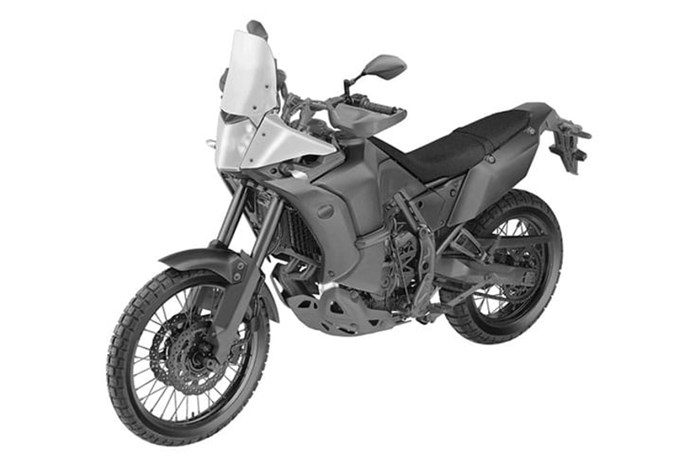 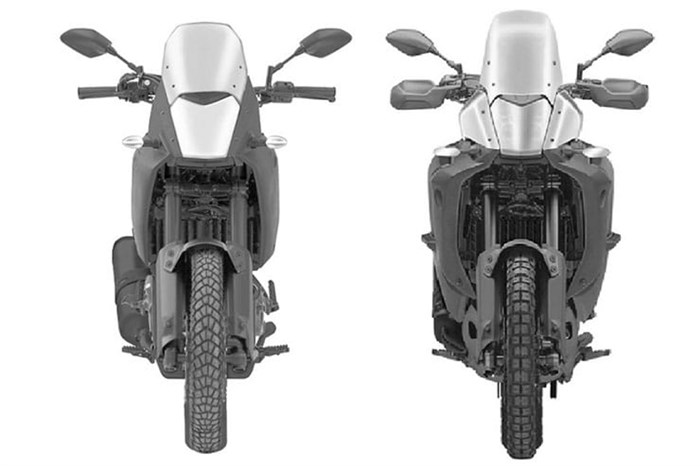 Side-by-side with the stock Tenere 700. 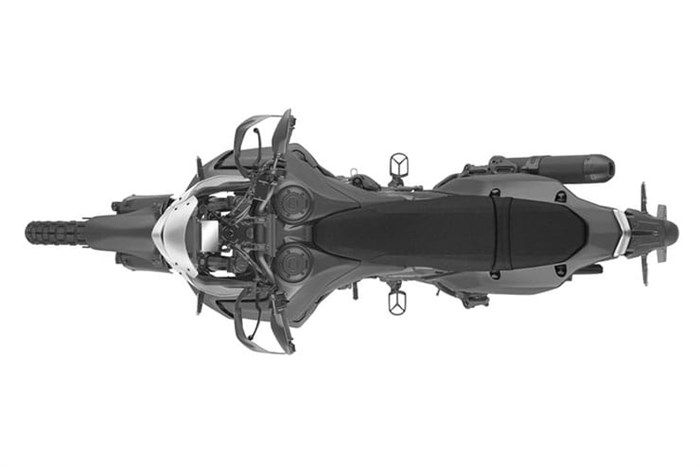 Recent patent filings show that Yamaha is working to put a Tenere 700 Raid into production, though it won’t be quite as radical as the EICMA prototype. From the patent drawings, the powertrain and basic underpinnings seem to be quite similar to the stock Tenere 700, but we see the most substantial difference, which is a noticeably larger fuel tank than the standard bike’s, with twin fillers. The Raid appears much wider than the standard bike from the shoulders down to the belly, and with the stock bike already housing 16 litres of fuel, this one should be able to accommodate well over 20 litres.

As a result of the larger tank, the bodywork in this region has also changed, and even seems to feature protruding crash bars behind the radiator shroud. If these are rigidly mounted to the chassis rather than being just cosmetic add-ons, they could help protect the fuel tank, radiator and bodywork from damage in a small crash.

While the headlight seems to be the same as that of the standard bike, the wind deflectors and windscreen around it appear to be new and offer more wind protection than stock. The instrumentation behind the windscreen is new as well and could be a portrait-mounted TFT unit to go with the Raid’s higher-spec position in the line-up.

Another big change is to the seat, which now extends much further forwards and even slides upwards onto the rear of the fuel tank. This should allow riders to adopt some more hardcore off-road riding positions, and the skinnier-than-stock tyres should help out with this, too.

Considering how production-ready the bike in these drawings looks, it’s quite likely that Yamaha will officially unveil this bike before the end of this year. But with the stock Tenere 700 not on sale in India, it seems quite unlikely that the Raid will make its way into our showrooms anytime soon.

How badly do you want Yamaha to spruce up its Indian line-up? Tell us about your feelings in the comments below.