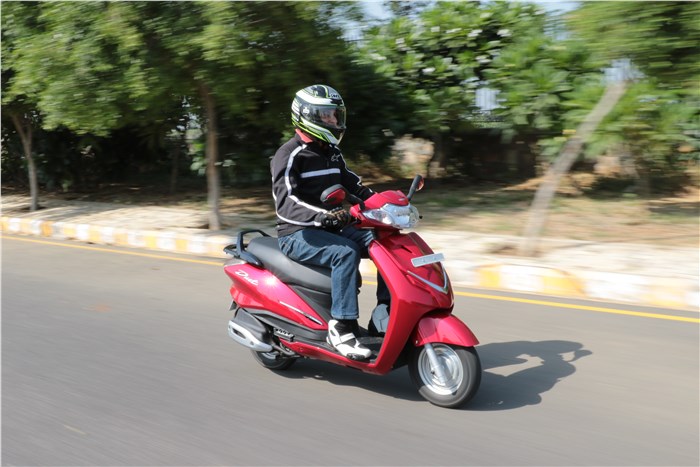 The Hero Maestro Edge was launched almost exactly a month back. At the same time, Hero MotoCorp also unveiled the Hero Duet, and it was finally launched in the south Indian markets today.

The Hero Duet is quite similar to the Maestro Edge, in fact it gets the same engine with the same specifications and output. The only note-worthy difference between the two scooters is that the Duet gets a metal body. The engine on the Hero Duet is Hero’s in-house developed 110.9cc, single-cylinder, four stroke unit, which is good for 8.31bhp of maximum power, and 0.85kgm of maximum torque. It transmits the drive via a CVT ‘box.

Suspending the motorcycle are telescopic forks on the front, and a spring suspension at the back. The wheels, however, are quite different from those on the Maestro Duet, with 10-inch pressed steel wheels on the front and the rear.