Eeve electric scooter and bike to be launched in June 2020

The electric two-wheelers will go on sale in June 2020; no specifications have been revealed yet. 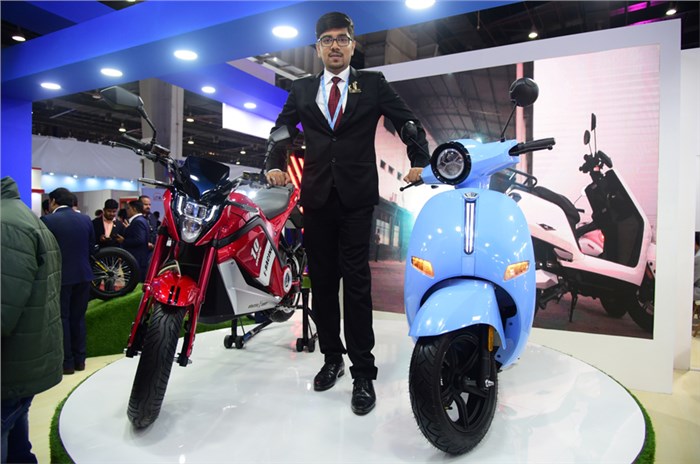 At the Auto Expo, we noticed some other products on display at the EeVe stand looked very similar, if not identical, to some electric scooters seen at other EV manufacturers' stands. When we asked the company why this was they told us that their previous models are of Chinese origin. The company went on to add that its latest two – the Tesoro and Forseti – have been developed in-house. Eeve hasn’t yet revealed any specifications of these 'high-end' models, but we’re expecting them to offer better performance than the rest of the company’s models.

What also drew our attention is that none of the components on the new Forseti bore any recognisable branding, but some components on the Tesoro, including the lights and suspension, were Chinese-made. While the company has said that both motors are made by Bosch, we noticed that it was only the motor on the scooter that is made by Bosch and the motorcycle uses a motor from Chinese manufacturer QSMotor. The motorcycle has a claimed top speed of 90-100kph.

Eeve’s other models such as Xeniaa, 4U, Wind and Your are also on display at the company’s Auto Expo stand.