Ducati Streetfighter V4, V4 S to be launched this week 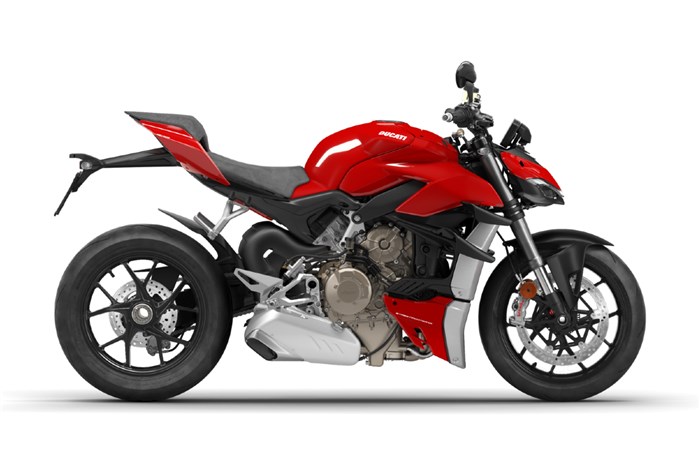 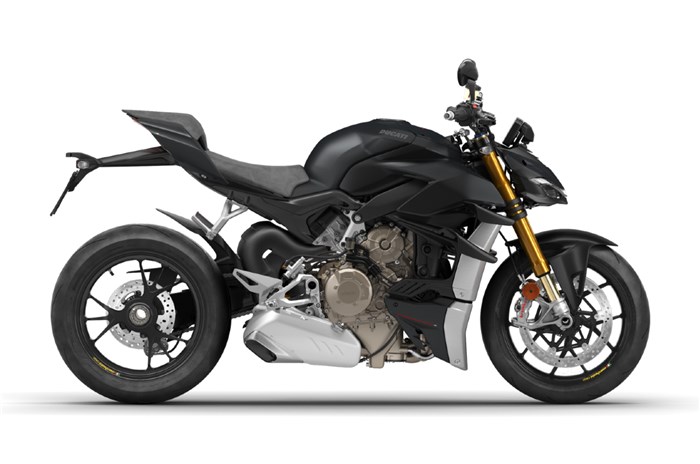 Ducati is set to launch its super-naked, the Streetfighter V4, in India this week.

The Ducati Streetfighter is a few days away from officially going on sale in India. The super-naked will be available in both variants – V4 and V4 S. Additional features on the higher-spec V4 S include Ohlins electronically controlled suspension, an Ohlins steering damper and lighter forged aluminium Marchesini wheels.

Dealers across India have started accepting bookings for the Streetfighter and deliveries are set to begin as soon as showrooms are allowed to open. Ducati also has limited stock of the Streetfighter V4 and V4 S, due to the uncertainty caused by the ongoing pandemic. What we also know is that the V4 S will be available in both its colour options – red and black. The V4, meanwhile, can only be had in red all around the globe.

The kerb weight of the standard version is 201kg, while the S version weighs 199kg.

The Streetfighter V4 S is loaded with top-spec Ohlins suspension, but the standard V4 isn't poorly kitted by any means. It gets a Showa Big Piston Fork at the front and a Sachs monoshock at the rear (both fully adjustable), as well as a Sachs steering damper.

Both models get Brembo’s top-drawer Stylema Monobloc calipers, along with twin 330mm discs at the front and a 245mm disc and two-piston caliper at the rear. Head here to know all about the Ducati Streetfighter V4 and V4 S.

As you would expect, this level of performance and equipment, along with a Ducati badge, won’t exactly be affordable. The starting price for the 2021 Ducati Streetfighter is likely to start at around Rs 20 lakh, if not more. The higher-spec V4 S variant, meanwhile, is expected to be priced higher by Rs 3 lakh. The Streetfighter launch is also likely to be followed by more launches over the year, inducing 2021 Panigale V4, Multistrada V4, SuperSport 950, Monster and Hypermotard 950.