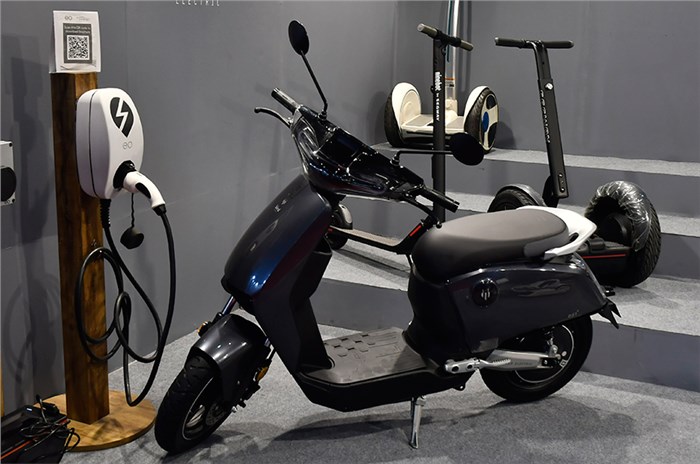 Auto Expo 2020 saw only a couple of reputed two-wheeler makers display their latest offerings at the show, with the rest of the crowd almost entirely made up of manufacturers trying to break into the emerging EV space. One of these companies was Bird Electric Mobility Pvt. Ltd. – a subsidiary of the Bird Group, who also had a four-wheeler presence at the show. Bird Electric was previously known as Bird Mobility and for the past decade has been the distributor of Segway and Ninebot products in India. Now, however, the company has showcased an e-scooter called the ES1+ at Auto Expo 2020.

The ES1+ is essentially a rebadged scooter from Chinese manufacturer Super Soco called CUX. This makes it the second Super Soco model in India, after the Revolt RV400/RV300. While Bird Electric hasn’t revealed any specifications for the ES1+, the CUX uses a 1.3kW unit. Bird Electric tells us that the scooter is capable of a range of 55km at an average speed of 35kph, and this is in line with what Super Soco claims for the CUX, suggesting that the motor is the same as well. The specifications also reveal a removable Li-ion battery, with a rather long charge time of 7-8 hours and an extremely light kerb weight of 62kg.

The press release provided to us says that the ES1+ will go on sale by mid-2021, however, a company representative we spoke with said that the launch might happen by the end of 2020. The same person suggested that the price will be under the Rs 60,000 mark. Bird plans to launch the ES1+ in Delhi-NCR first, followed by other tier-1 and tier-2 cities, although the timeline for expansion is not clear at the moment.