Launched with quite a competitive price tag, we tell you the most important things to know about the newly launched retro-styled Benelli. 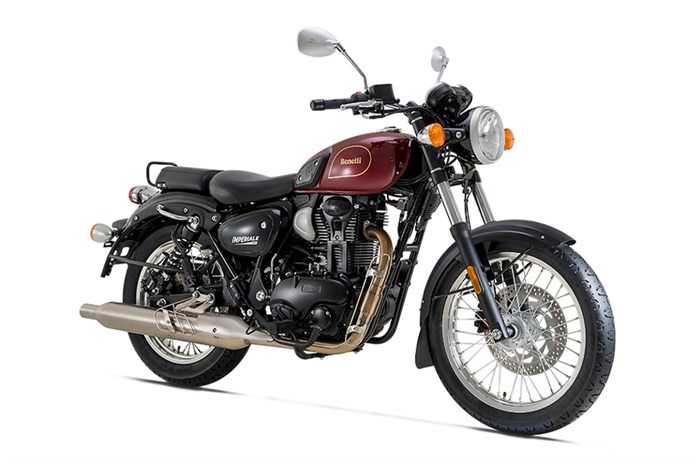 The Benelli Imperiale was first showcased at EICMA 2017, and it drew a lot of attention, especially from our market. The bike has just been launched in India, and here are five things to know about this unabashedly retro motorcycle:

The Imperiale 400 is said to be a reinterpretation of one of the manufacturer’s historic models produced in the 1950s. This is apparent from the classic-looking tank, round headlights, flat seat, and minimalistic panels. Much like other retro-themed bikes – the Jawas and the Royal Enfields – this one too has a long rear fender.

Benelli says that the bike is an 'authentic and pure bike, which in its simplicity retains its distinct personality'. This is the manufacturer’s first proper retro offering and it falls under the ‘Classic’ category of the brand.

Powering the Imperiale 400 is a 374cc, air-cooled, SOHC, single-cylinder engine that produces 21hp at 5,500rpm and 29Nm at 4,500rpm. The power and torque figures are nearly identical to those of the Royal Enfield 350s. However, this motor is fuel-injected (with a Delphi ECU) and is paired with a 5-speed transmission. Other than the fuel-injection system, the drivetrain doesn’t feature the latest technology as it still uses a SOHC.  We believe the nature of the engine and exhaust note could be similar to the 350cc Royal Enfields', thanks to the long-stroke motor and its inherent slow-revving character.

Unlike the old-school design, the hardware is quite modern. Braking duties are handled by a 300mm single disc with a two-piston floating caliper up front and a 240mm rear disc with standard dual-channel ABS. The Imperiale runs a 19-inch front and 18-inch rear wire-spoke wheel combination, which gels with the bike’s appealing design.

The Imperiale 400 is styled to look like a bike straight from the 1950s. The bike also has a simple double-cradle frame and a lengthy exhaust muffler. It also has a rounded, retro tank and two separate seats, with the front one being sprung.

As with all new Benellis, its kerb weight (205kg) might pose a challenge to performance, especially considering its power ratings. For example, the Royal Enfield Bullet 350 weighs 183kg (kerb), while the Classic 350 weighs 194kg.