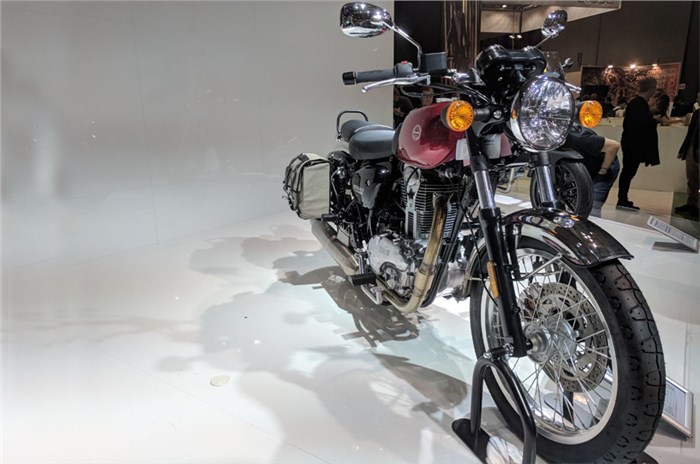 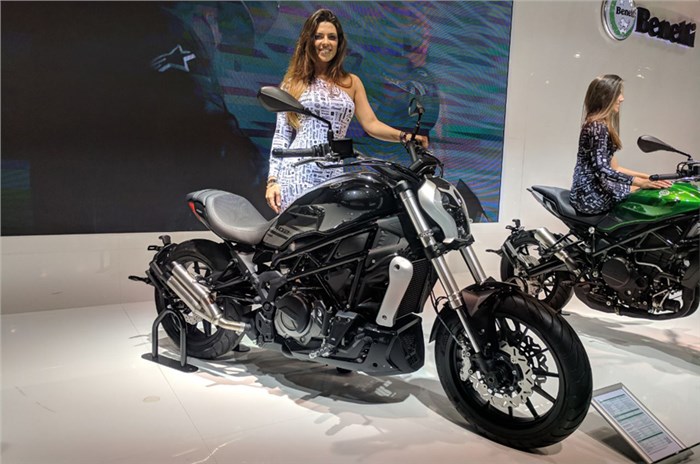 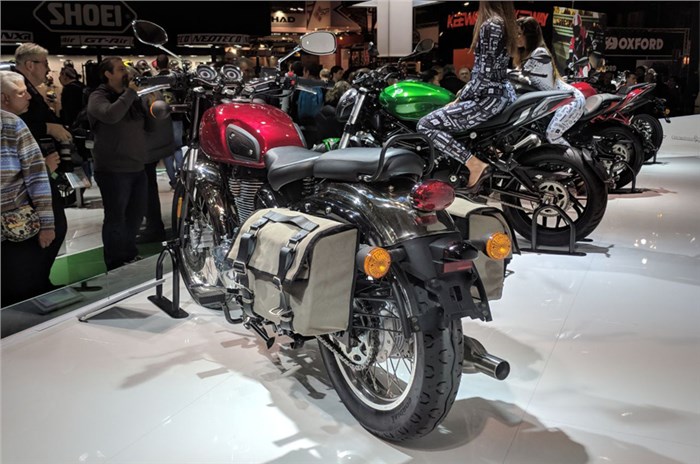 The Imperiale 400 will rival the likes of the Royal Enfield Bullet 350. 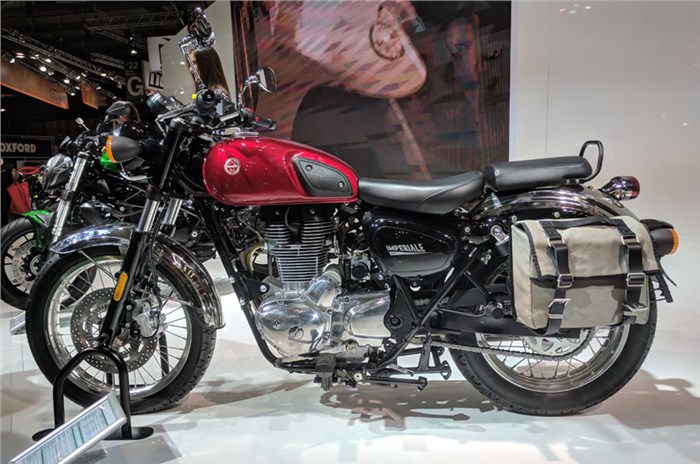 Benelli has taken the wraps off a host of new motorcycles, the most India-relevant of which are the Imperiale 400 and the 402S. As per the company, the Imperiale 400 is definitely coming to India while the 402S is under consideration at the moment.

The Imperiale 400 is a straightforward street naked, with retro styling cues on the lines of the Royal Enfield Bullet/Classic range. It’s powered by a 373.5cc, air-cooled, SOHC, single-cylinder engine that produces 19.7hp at 5,500rpm and 28Nm of torque at 3,500rpm. This torquey motor is fuel-injected (with a Delphi ECU) and is paired to a five-speed transmission.

The motorcycle rests on a tubular steel double-cradle frame and implements a 41mm telescopic fork and twin shock absorbers. Braking duties are performed by a 300mm single disc with a two-piston floating caliper and a 240mm rear disc with standard ABS. The Imperiale runs a 19-inch front and 18-inch rear wire-spoke wheel combination, which gels with the bike’s appealing design. The seat height is pegged at 780mm, which should make it an ergonomic delight for a wide range of motorcyclists. Although its dry weight, at 200kg, might pose a challenge to its performance, especially considering its power ratings; the Royal Enfield Bullet 350, for example, weighs 183kg (kerb) while the Classic 350 weighs 192kg, and both produce 1hp more than the Imperiale.

The Imperiale 400 also features a split seat, chromed fenders and a twin-pod analogue instrument cluster with a digital odometer/tripmeter display.

The 402S, on the other hand, is a cleverly designed motorcycle that blatantly draws inspiration from the Ducati Diavel. It is better equipped when compared to the Imperiale and, if Benelli is convinced about its viability in India, will be priced in accordance with its premium spec. The 402S, like the motorcycle it’s inspired by, flaunts an exposed steel trellis frame, a prominently scooped seat and a minimalist tail section.

Powered by a 399.3cc, liquid-cooled, DOHC, four-valve-per-cylinder, parallel-twin engine, which produces 39.4hp at 9,000rpm and 35Nm of torque at 7,000 rpm, the 402S should pack enough punch for, both, urban and highway riding preferences. The engine is mated to a six-speed transmission and also features two, 37mm throttle bodies.

The 402S features a 41mm USD fork, a preload-adjustable monoshock, and impressive braking equipment, with two semi-floating 260mm discs (with four-piston calipers) up front and a single 240mm disc at the rear, and ABS as standard. The bike is shod with 17-inch alloys at both ends, with the front getting a 120-section tyre and the rear getting a 160-section one. The 402S weighs 160kg (dry), which is impressive for a motorcycle of its engine configuration, and features a 16-litre tank that should prove ample for highway jaunts

If the Ducati Diavel’s Indian success story is anything to go by, the 402S will definitely appeal to the masses. However, it remains to be seen if Benelli – and Indian partner, DSK – can get the pricing on target.