Bajaj RE60 goes into production as Qute

The Qute will initially be sold in 16 international markets; sales in India to begin after approval from the Supreme Court. 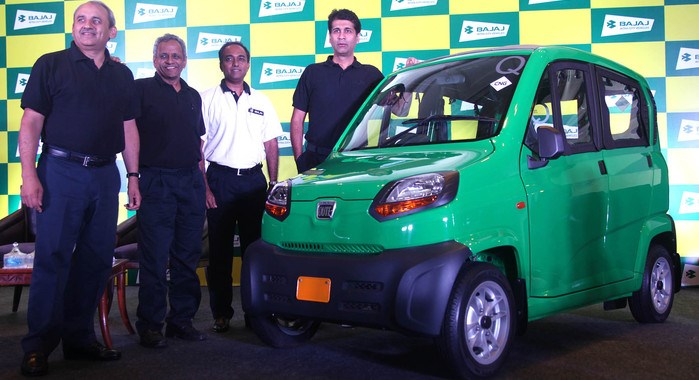 Bajaj has officially christened the RE60 quadricycle as Qute (as in cute); the company says that the name was finalised based on customer feedback. Production of the Bajaj Qute is already underway and it will initially be exported to about 16 countries. .

The Qute gets a 216cc, water-cooled, single-cylinder DTSi petrol engine mounted at the rear. The unit is mated to a four-speed manual gearbox, and claims a top speed of 70kph. The manufacturer also claims that the RE60 delivers 35kpl.

Revealed first at the Indian Auto Expo 2012, the Qute was originally slated for launch last October. But a slew of PILs filed against the vehicle resulted in a delay. The Government of India has now classified the RE60 as a subset of the Light Commercial Vehicle segment, called the ‘quadricycle’.  Sales in the Indian market will commence once all regulations are in place, and the Qute gets clearence from the court.