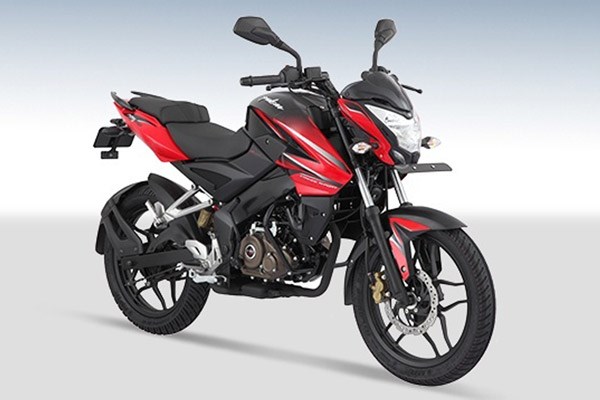 Even as Pulsar aficionados in India await the launch of the 150NS, bikers abroad have already got astride the 150cc iteration of Bajaj Auto’s successful naked street motorcycle. Bajaj Auto, which has been on an aggressive export drive for this model, has shipped over 20,000 units to as many as eight countries worldwide.

Speaking to sister publication Autocar Professional, Eric Vas, president, Motorcycle Business at Bajaj Auto, said, “Yes, we have been shipping the Pulsar 150NS to several markets internationally for some time. These include Colombia and some other Latin American markets as well.” According to export data records accessed by Autocar Professional, the motorcycle has been shipped to other countries such as Mexico, Peru, Ecuador, Turkey, Finland, Thailand and the United States. The Pulsar 150NS has been exported in completely knocked down (CKD) form to countries where the Pune-based two-wheeler manufacturer has assembly lines and in semi-knocked down (SKD) form to others without assembly facilities, revealed Rakesh Sharma, president, International Business, Bajaj Auto.

Sharma said Bajaj Auto commenced exports of the Pulsar 150NS late last year, adding that each market has a fixed schedule for deliveries. It is understood that Colombia has been the biggest market for the Pulsar 150NS so far with a major chunk of exports heading there. Officially launched along with Auteco, the company’s authorised partner in the country, the Pulsar 150NS has been available across all dealers in the country from March 15.

Bajaj’s latest offering from the Pulsar family borrows most of its design cues from its elder sibling – the Pulsar 200NS – and retains several features like the tank design, instrument cluster and the rear monoshock suspension as well. Powered by the single-cylinder, 149.5cc DTSi engine and the patented triple-spark plug technology, the motorcycle delivers a maximum output of 17hp and a peak torque of 1.32kgm. Even as speculation has been ripe about the motorcycle’s launch in India, Bajaj Auto has not shared a timeline for the same. “We have not yet decided the India launch date for the 150NS,” said Vas. Likely to be slotted above the ageing Pulsar 150 DTSi, the Pulsar 150NS is expected to take on the likes of Suzuki Gixxer, Yamaha FZ-16, Honda Unicorn, and Hero MotoCorp’s CBZ Xtreme and Hunk in the Indian market.

The Pulsar family has been a dominant force in the premium motorcycle segment in India. With the RS200 and the AS150 and AS200 duo, which were launched last year, seeing a good market response, the NS150 could be another winner in the making for Bajaj. 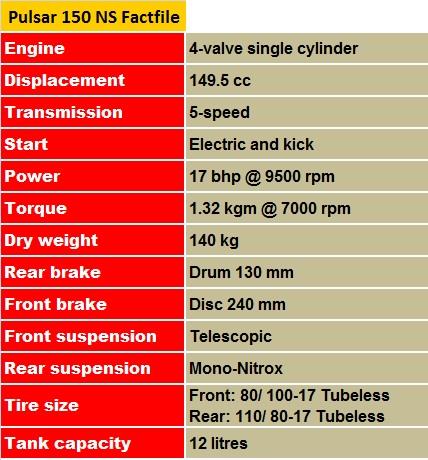