According to the scheme, a customer can return the Apollo Alpha tyres for a full refund, if they are unsatisfied with its performance. 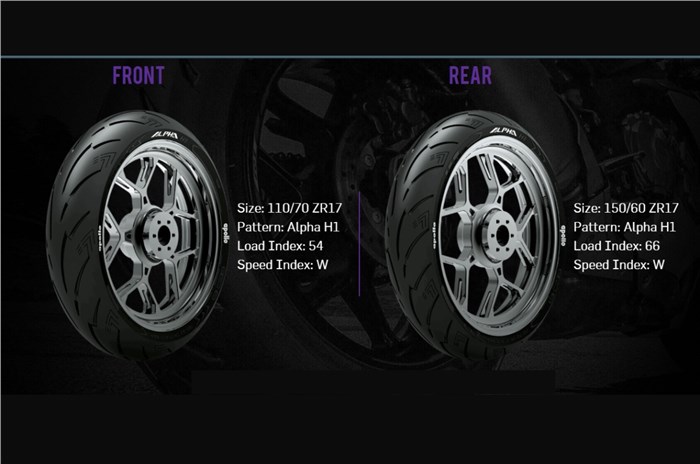 Indian tyre manufacturer, Apollo Tyres, has launched a unique tyre trial scheme for its motorcycle tyre customers. Called ‘Test the Alpha challenge’, the scheme allows customers to buy an Apollo Alpha tyre, test it for 30 days, and return it for a full refund, should they be unsatisfied with its performance.

Apollo Tyres has said that customers who participate in this “challenge” will get their money back until 30 days from the date of tyre purchase, given that the warranty is registered on the same day of purchase. Moreover, there will be a 2-year manufacturer’s warranty as well on a pro-rata basis, from the date of manufacturing or up to 80 percent tread wear, whichever is earlier.

According to Satish Sharma, president, Asia Pacific, Middle East and Africa (APMEA), Apollo Tyres, “We believe that we have a winning product in Apollo Alpha, which has been widely tested and accepted by biking experts and enthusiasts, not only in India, but also in Europe.”

The Apollo Alpha radial tyres are available in sizes that are common in entry-level performance motorcycle tyres, including a 110/70 ZR17 front and 150/60 ZR17 rear. The tyre maker says the Alpha 'zero degree' steel-belted radials have been designed and developed in-house, with the primary focus on grip and safety.

In a bid to increase its market share in the motorcycle segment, the company recently inaugurated a dedicated facility to produce two-wheeler radials and cross-ply tyres at its existing plant in Limda, Vadodara, in Gujarat. The plant can produce 30,000 motorcycle radials and 60,000 cross-ply tyres per month.