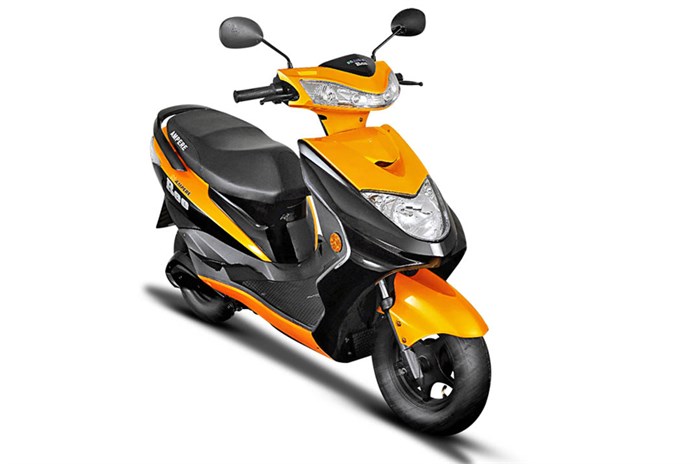 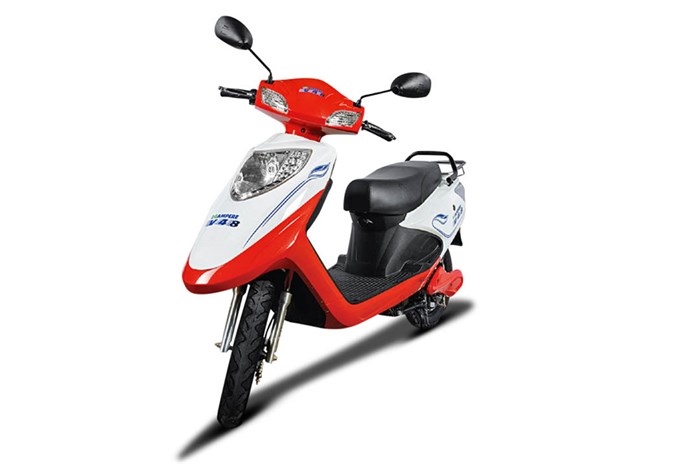 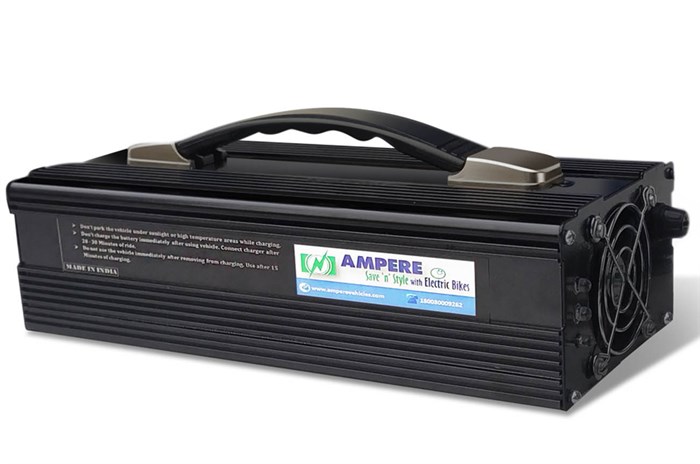 Ampere Vehicles launched two e-scooters – the Ampere V48 and Reo Li-Ion, priced at Rs 38,000 and Rs 46,000 (ex-showroom, India), respectively – along with a lithium-ion battery pack charger on May 11 in New Delhi. There is no additional registration fee applicable on the electric two-wheelers as they offer a maximum speed limited of 25kph.

Since the launch of its low-cost charger for lead-acid battery scooters in May last year, the company has been working on indigenously developing electric motors, battery controllers, as well as chargers for lithium-ion battery powered scooters.

The e-scooters get a 250W brushless DC motor, powered by a 48V lithium-ion battery pack. While the Ampere V48 is capable of carrying 100kg of maximum load, the Reo has a hauling capacity of 120kg. The e-scooters offer a range of 65-70km per charge, with the full-charge time varying from 4-5 hours.

Ampere Vehicles has also introduced its newly developed Li-ion charger, which was unveiled by the President of India, Ram Nath Kovind, at a ceremony organised by the Technology Development Board on the occasion of National Technology Day (May 11).

The advanced lithium-ion charger, priced at Rs 3,000, is designed with a two-stage charging profile. Its charging voltage and current level can be changed based on the battery manufacturer’s specifications. The microcontroller-based control and monitoring systems provides active battery reverse-polarity protection, over-temperature cut-off and output short-circuit protection.

Its battery capacity rating is 48V, 20Ah or 24Ah with a charging time of 4-5 hours. Weighing 1.65kg, the Li-ion charger’s input voltage ranges between 185Vac to 265Vac, and it operates between temperatures of 0 to 50 degC. The charger is also enabled with input and output overvoltage protection.

The scooters are set to go on sale from the company's 150 dealers present in 14 states across the country, with a major focus being on Tier-2, -3 and -4 towns.

The company has sold close to 35,000 scooters since it rolled out its first product in 2008. The two new models could also be credited as being the first homegrown lithium-ion scooters having their key components – the electric motor, battery controller as well as the charger – all being indigenously developed at the start-up's R&D labs in Coimbatore. Ampere Vehicles, however, is sourcing the battery packs on these offerings from Taiwan and China.